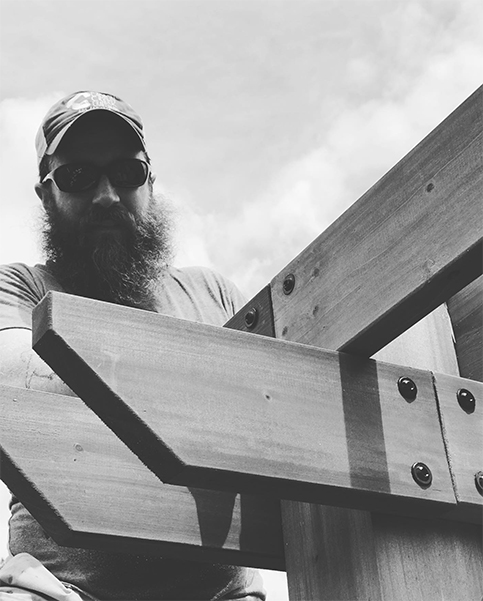 DIY projects can be cheaper, easier ways to solve problems in and around the house. For this Conway husband and father of two, it’s a way of life.

Cody Sublett, owner of Cadron Creek Craftsman, has been getting his hands dirty in the shop for the last three years. Many of his projects including making furniture. His reputation around town led inspired the Conway Corporation to reach out to him last year about having his own television show.

The show, Nailed It with Cody Sublett, not to be confused with the Nailed It baking show on Netflix, is a four episode mini series that will cover basic home improvements and shop projects.

“[In] one of them, we build a pair of shutters for a house. In another one, we show how to repair drywall,” Sublett says.

The series will air on Conway Corp’s channel 5 and 585 on Sunday, March 10 from 3 to 6 p.m. The episodes will be replayed over the course of the next few months.

For those without access to these local channels, the episodes will also be available on Conway Corp’s youtube channel starting on Monday.

Sublett says he owns the rights to the episodes and, because the project was originally an 8-episode series, would like to continue the production process in the future if the opportunity presents itself.

Sublett lives in Conway with his wife and his daughter, 7, and son, 5.