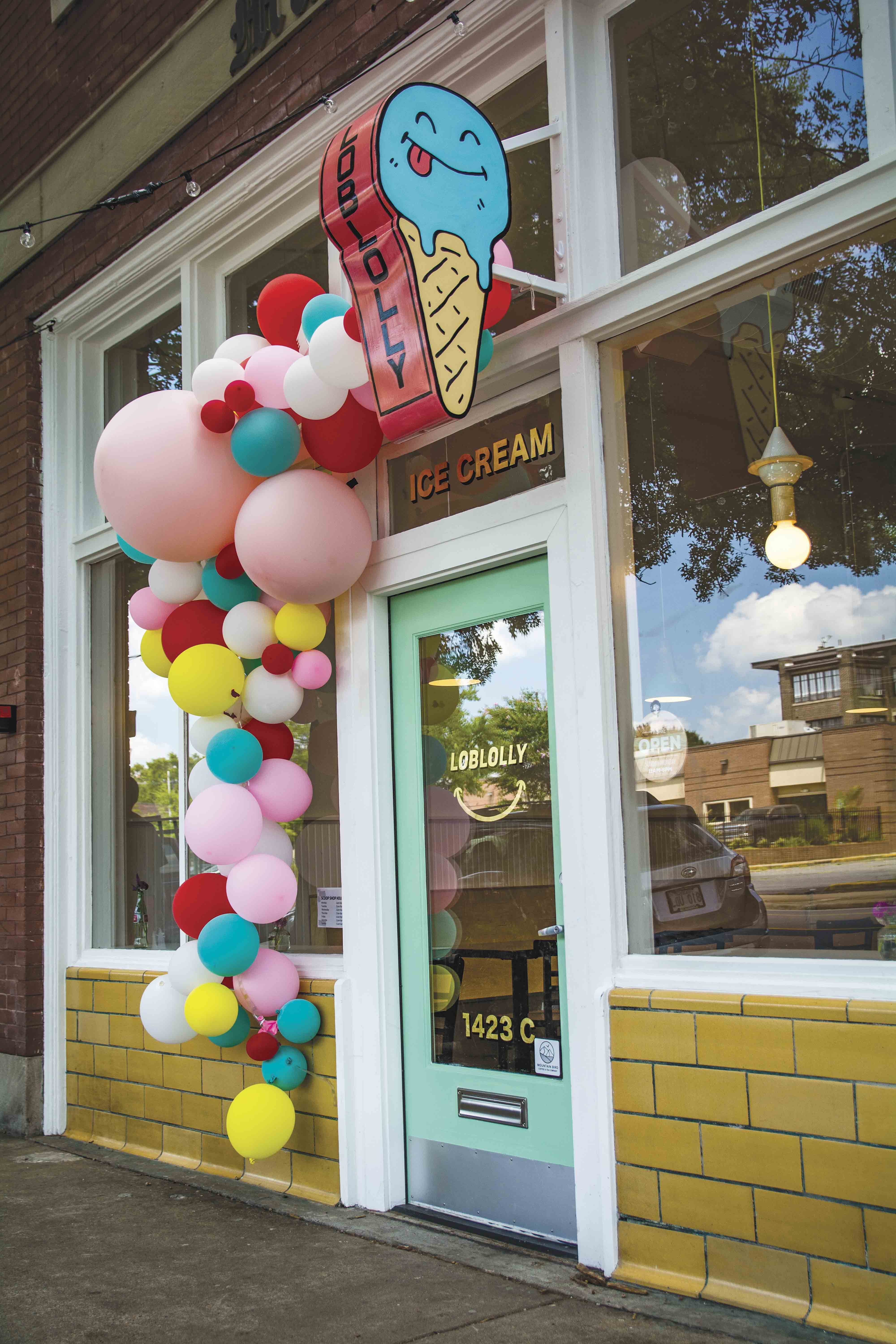 [dropcap]S[/dropcap]ally Mengel’s first widely shared sweet treat was buttermilk ice cream at the inaugural Arkansas Cornbread Festival in Little Rock in 2011. Six years later, it’s one of 32 flavors offered daily in a large space just footfalls away from the original competition. Those introductory scoops were the first servings of delights from Loblolly Creamery.

“We started not really as a business but as a soda fountain,” says Mengel. “Shelley Green (the owner of the Green Corner Store on South Main) gave us the opportunity. We wanted to have ice cream, but we couldn’t find anything that would match what we were looking for so we started making it ourselves. That’s how Loblolly started.”

Soon, the ice cream, produced in a nearby kitchen, became a popular end-of-the-trip treat to the budding new South Main (SoMa) District in Little Rock’s downtown, served from a classic marble-topped soda fountain inside the Green Corner Store at the corner of Main and 15th Streets. 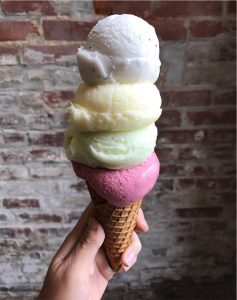 Loblolly Creamery’s appearance on the ice cream scene came at a time when Arkansas’ longtime statewide brand, Yarnell’s Ice Cream of Searcy, had closed its doors (Yarnell’s would be purchased a few months later by Schulze & Burch Biscuit Company and reopened in the spring of 2012). Centered around the idea of fresh, locally produced ingredients and flavors from a farm-to-table palate, Loblolly quickly grew into more than a novelty — it became the flavor of a city.

An ice cream truck came into the mix in 2013, at the dawn of Little Rock’s food truck movement. Partnerships were formed, and today flavors can be found at a variety of neighborhood stores, shops, restaurants and entertainment venues. An eight-tub freezer at Honey Pies, scoops with movies at Riverdale 10 and special-event creations such as Strawberry Feta and Chocolate Baklava blends for the Greek Food Festival are just some of the many ways Loblolly Creamery has influenced the current flavor of Little Rock.

“We have our ice cream on the shelves in grocery stores. We’ve gotten it into concessions, like at the Arkansas Repertory Theater, where we do a custom flavor at each of the performances. Silver Screen in Searcy has our ice cream as well. It’s neat to have the support of other businesses. They want to carry Loblolly. And we still try to partner with community organizations and non-profits by trying to give back to them, making a flavor for them for a portion off or just going to their events and supporting them that way by serving ice cream.”

However, Mengel says the heart of the operation will always be in the South Main District.

“Watching SoMa grow has been really interesting. When we first opened, I didn’t think we’d ever have our own space. There’s this support of the community and the neighborhood… I always wanted to stay in SoMa, whether it was at the Green Corner Store or not, because I like it — especially on Sundays during the Bernice Garden Farmers Market. It is nice. The Root Café is open late, Raduno, South on Main, so people can have a night in SoMa with dinner and Loblolly for dessert.”

Good business in SoMa has also brought a need for more space. Fortunately for Mengel, serendipity meant a short move. When Shelley Green mentioned she was ready to expand, the space formerly occupied by Studio Main next door to the Green Corner Store had come up as available.

Loblolly Creamery’s move into the cavernous whitewashed hall next door meant more space for both shops — as well as expanded hours for ice cream. The move this June took time and a lot of effort, but Mengel’s plans for the space and for the creamery continue to evolve. She’s looking into a liquor license, which would allow Loblolly to offer adult milkshakes and similar concoctions. She’s also on the hunt for artists to showcase on the interior walls.

“It’s like sweet cream right now, we don’t know exactly what we’ll add yet,” Mengel says, gesturing at the bare walls. “We’ll get there.” 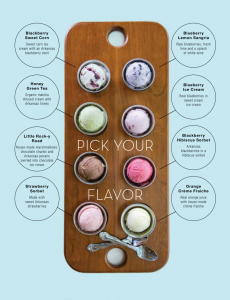