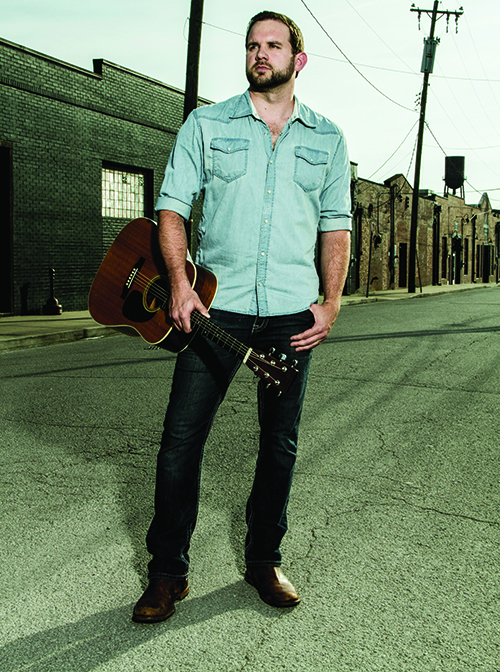 To Nashville goes the glory, but its lights are kept on by the talent that comes from far beyond its city limits. Conway Twitty, Charlie Rich, Tracy Lawrence and Collin Raye — producing that level of talent seems to be in Arkansas’ DNA. Once they hit Nashville, though, the city claims them as their own, few fans knowing where the mother lode really is. Some states chest-thump about their talent; Arkansas remained more humble — until recently. Then, it just seemed like the time had come for Arkansas to flip the spotlights on its undeniable talent. Thus came the debut of the 2018 Arkansas Country Music Awards show, which has become an annual celebration of the state’s artists.

“To be the inaugural winner in an award the very first year was just really, really cool,” says Blane Howard, the baritone born on Johnny Cash’s birthday. “Just to think that the whole reason to have those award shows is because of people like Glen Campbell and Johnny Cash that were so successful, that I grew up listening to. And it was great to win the award again in 2019.” And yep, that was a ditto Male Vocalist of the Year award for Howard.

Howard’s path from Hot Springs’ Lakeside High to Nashville’s Belmont University was swift and certain. A music industry school, Belmont is the tough-love mama that nurtures and develops the talent in areas such as performance, business and technology. Later though, Howard knew that, for a while anyway, he was going to have to put Nashville in his rear view mirror. He packed up a degree in commercial music, the ability to sing classical in Italian, the kind of connections money can’t buy and a plan — creating a fan base. He had a chosen trifecta — Arkansas, Louisiana and Texas.

The highway wasn’t all he was eyeing. Howard took another road forward with his 2013 EP ‘Bout Time. The cut “She’s A Mess” in particular fish-hooked the hearts of fans, catching the industry’s attention. Away We Go, Howard’s aptly named first studio album, followed. The music video for its cut “Crazy” brought Howard the Judges’ Pick Award at Indi in 2017. It cozied up real nicely next to his 2015 Country Artist of the Year Award from the Independent Musicians Promotions.

The 2015 CMA Fest Showcase had already put him on its stage as well as quite a few radars. In 2016 his invitation to that got a ditto, too. Meanwhile, being the opening act for some of Nashville’s brightest lights — Trace Adkins, Lauren Alaina, Rodney Atkins, Travis Tritt, Hunter Hayes, Joe Nichols, Granger Smith and Josh Turner — wasn’t going unnoticed either.

Then there was her — the friend-of-a-friend girl as beautiful as any Miss Arkansas. For making a first impression on a girl, opening for Blake Shelton is hard to beat. Camden’s Megan Lindsey, though, was dating someone else — Howard too. Thus the “nice-to-meet-you-now-goodbye” start was a very slow burn. But love, like music, has its own rhythm.

Fast forward to  2016; Howard has a special gift in mind for his fiancé, Megan. One that was going to require a highly qualified co-conspirator.

“He just seemed like the perfect person for that song, plus he had just gotten married not too long  before so he was kind of in the same mind frame,” says Howard of his Belmont buddy and fellow songwriter Jordan Kyle Reynolds. Within a couple of hours, the guys had crafted “Promise to Love Her.”

It remained quite the little secret, one not to be revealed until the morning of Megan’s wedding, before she put her makeup on. Almost as fast as the vows were said, that phone video was posted online — the one of the couple’s first dance to what was undoubtedly now “their song.”

The love might have been a slow burn, but the song most definitely was not. Hitting the internet with storm force, “Promise to Love Her” went viral to a building drumbeat of “Where can we find this?”  The song that was written as a very personal gift — never with a commercial intent — was getting lots of love of its own. By early 2017, the phone video was only being outshone by the public debut of the professional video. With the actual wedding shots, including that first dance, the “Promise to Love Her” video is a pure “oh-hush-and-pass-the-Kleenex” kind of thing. Lots of Kleenex — like, it spent 17 consecutive weeks on CMT Music’s 12 Pack Countdown show.

“It’s been incredible to watch it take off. It had a couple of million (streams) going into last year and then …” says Howard. “Then” translates into more than 75 million streams, even now posting approximately 20,000 streams a day. And it’s not just a girl thing. 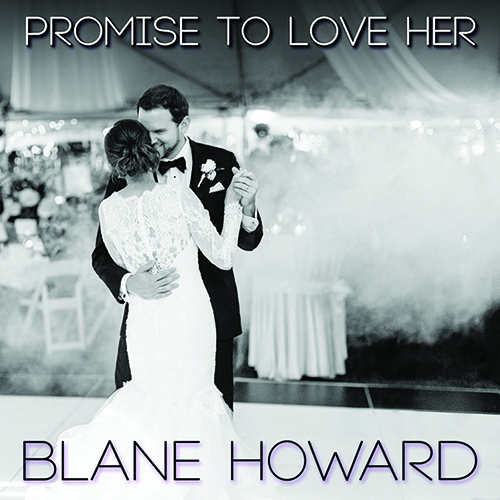 “Promise to Love Her” and “She’s a Mess,” Howard says, “have not only resonated with women, but so many men have flocked to these two songs because it kind of allows them to tell the woman in their life how they feel.”

Just like their relationship started with more pause than go, producing and promoting “Promise to Love Her” meant that what had actually been Howard’s planned release got a bump to 2020. His 2019 became steroid active — getting that project ready for release, performing 75-100 shows, songwriting, promoting and creating another very special production for early 2020. Life was fast.

And then it wasn’t. COVID-19 came, and the lives of those in the industry, like most others, hit the brakes hard. Without the crucial component of promotion, major releases faced stalling out. Howard and his fans were itchy though, so he decided to put one track out. Who knew how ironic its title, “Keep Me Busy,” would be by this point? The very happy but not-so-busy fans have filled their proverbial carts. Howard, on the other hand, was about to become busier — in a new arena, you might say.

Remember that special production Howard was working on the latter part of 2019? Well, that would be baby Olivia, who showed up in April 2020. Her first appearance allowed Howard to check off the third part of “Promise to Love Her” — the words you say to the doctor who delivers your baby girl. No matter how dim the lights are in Nashville right now, the Howard home is filled with a baby smile that is megawatts.

Howard is probably busy doing lullabies. (Oh, stop my beating heart!) But you and the man from Arkansas can still get some Nashville quality bright lights going in your place. You know all the places to go for his tunes which, COVID willing, should include his new music soon. He’s excited for you to hear it, and we’re with him on that. And you can see all that Megan Lindsey Howard sees in him at his website, blanehoward.com.

Forget Netflix — you’re going to be sniffling your way through repeat rounds of the “Promise to Love Her” video for the foreseeable future.  Don’t forget, though — Kleenex, lots and lots of Kleenex.