Country Music: In the Waiting Line, Marybeth Byrd’s Journey from The Voice to the Pandemic 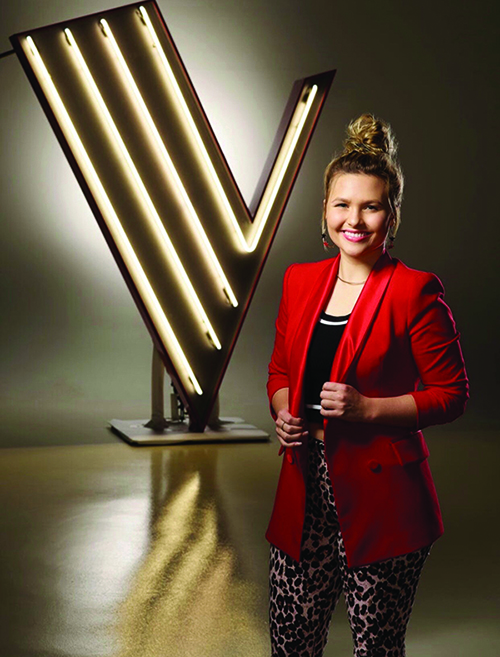 Byrd on the set of The Voice. (Courtesy)

Marybeth Byrd catapulted to national recognition after competing on NBC’s The Voice. A member of John Legend’s team on the show, she impressed the country with her soulful renditions of songs, from covers of Adele to Bonnie Raitt. Now, a year since she left the show, Byrd is a student at Arkansas State University in Jonesboro, and she is itching to get into the recording studio.

Byrd grew up in Armorel, a town in northeast Arkansas with a population fewer than 500. Her love of singing came naturally while growing up in a house that was constantly full of music.

“My family has always been musical. I grew up around singing,” Byrd says. “I remember my mom sang the song ‘You Are My Sunshine’ to me. She always sang to me, even when I was a teeny baby. I also had a stutter when I was little, and singing brought me out of that. When I sang, I didn’t stutter, so it was like a magnet to a fridge.”

Her background in singing instilled confidence from a young age, but she did not always focus on music in school. A busy student, Byrd participated in everything she could squeeze into her schedule. She played softball and basketball, ran track, and participated in a litany of clubs. Singing, always a presence in her household, did not necessarily take the front seat; she wanted to have as many experiences that she could find in her hometown.

“I was an all-around student in high school,” she recalls. “Living in such a small town, I wanted to do anything that was there. I hadn’t experienced the world, and I didn’t really focus on music yet.”

One of her first opportunities to compete on a large stage was through beauty pageants. Byrd competed in Miss Arkansas Outstanding Teen in 2019, where she won an award and a scholarship as the Best Overall Vocalist in the competition. Byrd says beauty pageants shaped her into who she is today.

“It really was different from what people think,” Byrd says. “They make you interview and learn about the world and how to care for your body. People think it’s only for blonde, skinny girls, and it’s only about how you look, but it’s more than that. It shaped me into who I am. It really helped my interview skills, and it got me out into the community. Plus, it gave me the stage to perform — that’s really why I wanted to do it.”

Competing in pageants throughout high school, in addition to the myriad of other activities in which she participated, gave Byrd the confidence to compete on the larger stage. Her poise was evident from the moment she stepped onto the stage for her televised audition for The Voice, and she received the coveted “four-chair turn” from the judges. When she began the audition process, she was just 17 years old.

Her journey began months prior to that audition in front of the celebrity judges. In February 2019, Byrd traveled to Nashville for a songwriting session with a friend. On an off day, she and her mother were left searching for something to fill the time when they got a notification on their phones that The Voice was holding open auditions. 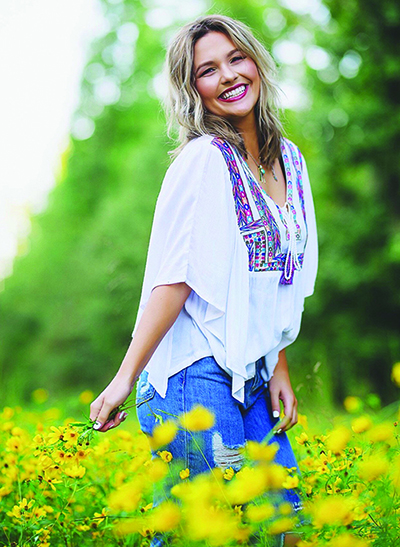 “It was a total impulse decision [to audition],” Byrd says. “God has such a plan. He’ll take us where we need to be.”

After a day of waiting in line, Byrd finally auditioned in a small room with just one producer and received the red card that signified that she made it through to the next round of auditions. The second audition was the following day in Nashville, and afterward, Byrd spent several months waiting to hear back. She did not get the “executive call” telling her she had made it to the show until August.

“I was in the shower when I got the call. My phone was ringing, so my mom picked it up,” Byrd remembers. “I got out of the shower, and my mom was just crying. It scared me, and I was like, ‘Did someone pass away?’ Then she told me, and I was crying too, standing there in my towel. It was so exciting.”

The show flew her out to California for the final auditions, and the rest of her journey is televised history. She wowed judges the moment she stepped onto the stage and sang “Angel From Montgomery.” Her performances throughout the season demonstrated her range, from songs like Carrie Underwood’s “Before He Cheats” to Vince Gill’s “Go Rest High on That Mountain,” which was an emotional performance dedicated to Byrd’s late grandfather who passed away shortly before she went on the show. Byrd’s favorite performance was her battle round stage with Dane & Stephanie, which received a standing ovation from all four judges.

The experience, though life-changing for Byrd, was also exhausting. When she found out she was being sent home in the semifinals of the show, she felt an overwhelming sense of relief.

“[The Voice] is so much different than what you see on TV,” she shares. “It’s not all rainbows and sunshine. I was a big ball of stress while I was there, and once the live shows started, I couldn’t see my family at all.

“I was so fortunate to have that experience. They say going on The Voice is like getting four years of music industry experience in just a few months. But at the end, I was ready to go home.”

Arkansas welcomed her back with open arms. Her friends, family and fans at home who became known as “Byrd Watchers” welcomed her at the airport, and big signs greeted her upon returning to Armorel. The Arkansas Country Music Awards even crowned her the Young Artist of the Year. She was able to perform around the state at the beginning of 2020, but the novel coronavirus pandemic largely put plans for concerts on hold.

Byrd has even used what she learned on The Voice to mentor other young singers in Armorel. She also has a portfolio of songs that she has written that are cued up to be recorded; Byrd is just waiting for the green light to signal when it is safe for her to return to a recording studio. She counts a wide variety of genres and musicians among her inspiration for songwriting.

“I listen to everything from old ’70s to Top 40,” Byrd says. “I like bluesy music, old country, folk, and really just a mixture. I really admire singers like Lauren Daigle, Adele and Chris Stapleton. There’s such emotion in their voices when they sing.”

While waiting for the opportunity to safely record her music, Byrd is focusing on her studies at Arkansas State and spending time with her family. Despite being unable to perform throughout so much of 2020, she’s comfortable knowing that the best is still yet to come.

“I’ve been really at peace lately,” she says. “I was stressed at the beginning and in the middle of the year and worrying if I was going to make everyone proud. I didn’t want to disappoint my family or my friends. But lately, I’ve been feeling much more at peace. This year has been crazy, but my time will come.”