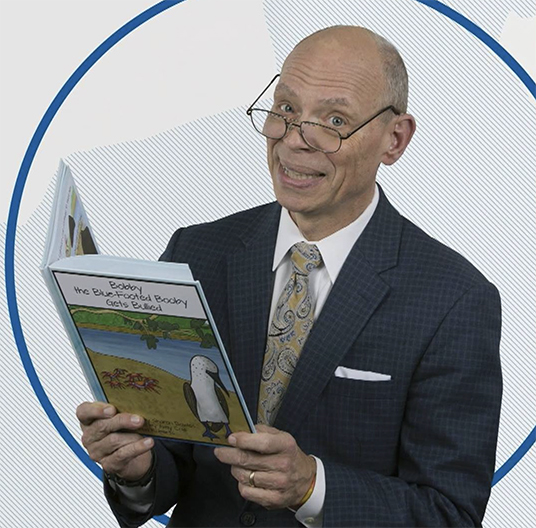 Craig O’Neill loves to talk about his time as a Tiger – a Central High School Tiger.

Sure, you know him as the man who’s entertained hundreds of thousands of Arkansans with his radio wit and charm and his gift as a television communicator. But do you know his education origins? If you’ve followed him closely, you are aware of his loyalty to his alma mater, Little Rock Central High School.

O’Neill, a longtime staple in broadcasting in central Arkansas who has his eye on retirement (official word is that there “is no official date, but it is on the horizon”) graduated from the historic school in 1968. Both of his children attended the school, and now he is proud to tell you that his granddaughter, Bella, is a student there.

He was a bit lachrymose when he dropped off Bella for her first day of school. “I’m sure those people dropping off kids at Central on the first day of school last year were wondering why tears were streaming down Craig O’Neill’s face? It’s what happens when you drop off your granddaughter 50 years after you graduated, and you know down to your soul that she is in a place that will change her life for the better. So far, it has.”

He adds, “It is impossible for me to pass the front of Central and not slow down and look. That magnificent edifice is the only place on earth where the country’s history, Arkansas’ history and my personal history, comingle. It produces an effect that I can only describe as profound pride; a memorial to persistence, understanding, ambition, creativity, diversity, and profound achievement and a million other things I have yet to discover.”

O’Neill is one of four alumni being honored September 24 at the Tiger Foundation’s Awards of Excellence. It’s their fourth year to host this event. The Tiger Foundation raises money to support students and programs for the school and focuses on four areas of support: academics, arts, athletics and citizenship.  The other honorees are Central alums Jeff Nichols, film director; Art Porter Family, musicians and philanthropists and Will Trice, new executive director of The Rep. At the event, you can catch up with old friends and meet new ones with food and drink from 6-7:30 PM outside the Ron Robinson Theater. Afterwards is a short ceremony inside that will start at 7:30 PM in the theater.

O’Neill states,  “You may graduate, and you may leave Central, but it never leaves you.”