[dropcap]Football[/dropcap] is about to take center stage — the Hogs kick off their 2016-17 season Sept. 3, and the NFL’s first game is the 8th, which means tailgating and watch parties are top-of-mind. To help grill masters and hosts alike, we searched for great recipes and hit pay dirt with the Southern Living’s The Official SEC Tailgating Cookbook, which features recipes celebrating all 14 SEC schools.

To help execute these traditional recipes, several of which include bacon in tribute to our Hogs, we called upon Chef Jason Morell, chef at Philander Smith College. 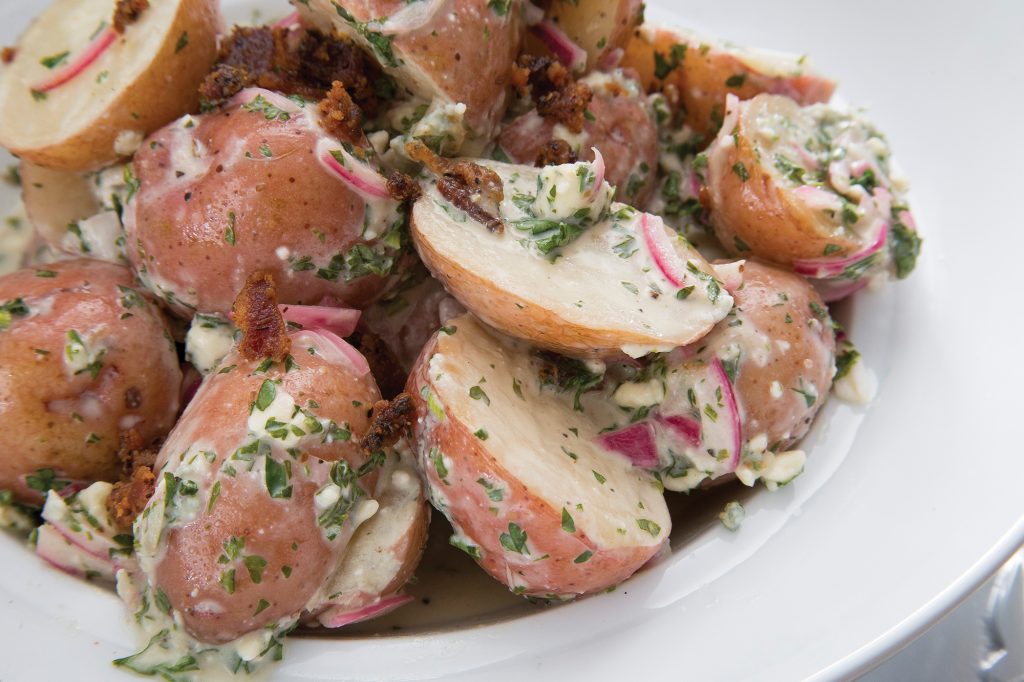 Preheat grill to 350 to 400 degrees (medium-high) heat. Place potatoes in a single layer in center of a large piece of heavy-duty aluminum foil. Drizzle with olive oil; sprinkle with salt and pepper. Bring up foil sides over potatoes; double fold top and side edges to seal, making a large packet.

Grill potatoes, in packet covered with grill lid, 15 minutes on each side. Remove packet from grill. Carefully open packet, using tongs, and let potatoes cool 5 minutes. Whisk together mayonnaise and next 4 ingredients in a large bowl; add potatoes and toss gently to coat. Stir in onion, blue cheese and bacon.

Note: Morell said, “I eliminated the sugar this recipe calls for as the balsamic vinegar is sweet as well.” 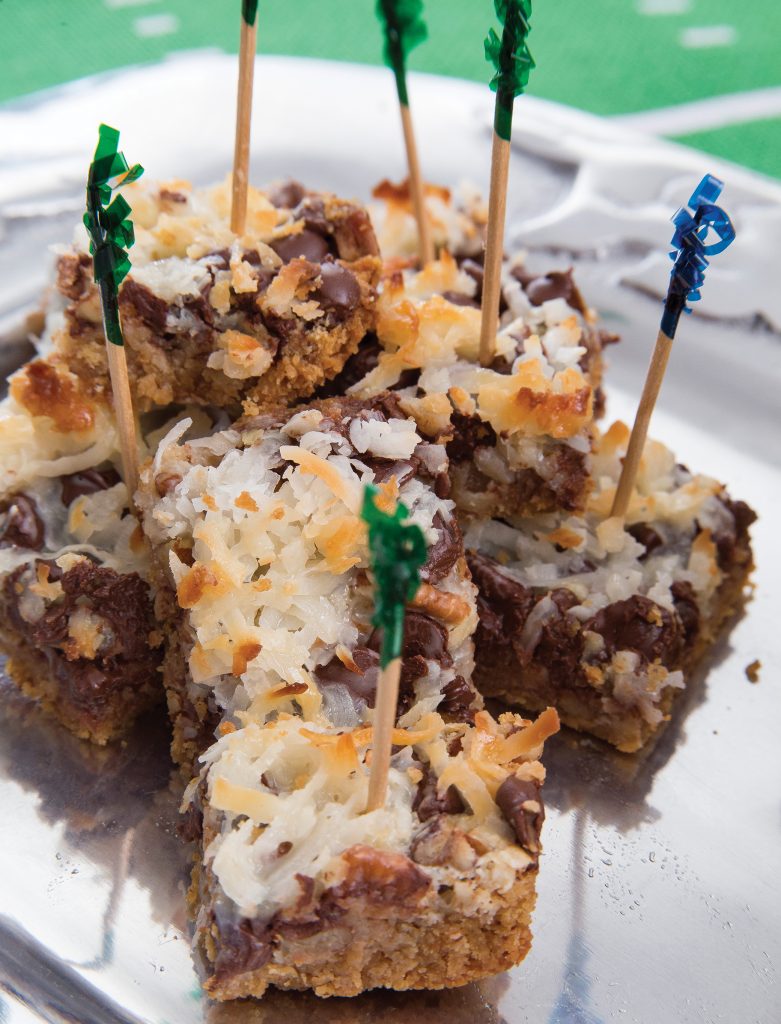 Bake for 20 to 25 minutes or until lightly browned and edges are bubbly. Let cool on a wire rack 1 hour. Cut into bars.
Yields 3 dozen

“These tasty bars are gooey. Refrigerate them, after they cool, for easier cutting,” Morell said.

Preheat grill to 350 to 400 degrees (medium-high) heat. Combine first 4 ingredients gently. Stir fresh herbs into meat mixture. Shape into six 5-inch patties. Grill, covered with grill lid, 4 to 5 minutes on each side, or until beef is no longer pink in center. Serve on buns, topped with pimiento cheese, cooked bacon strips, lettuce and tomato slices.

Note: Morell used rosemary instead of mint in his herb mixture.

Stir together all ingredients in a large bowl until blended. Refrigerate until ready to serve.

Jason Morell has worked in the food service industry for three decades and currently serves as campus chef at Philander Smith College in Little Rock. The former restaurateur’s favorite cuisine is Southern French. In his spare time, Morell enjoys hunting, fishing, foraging and preparing wild game, chanterelles and other culinary finds. Serving pieces provided by All Thru the House in Little Rock.