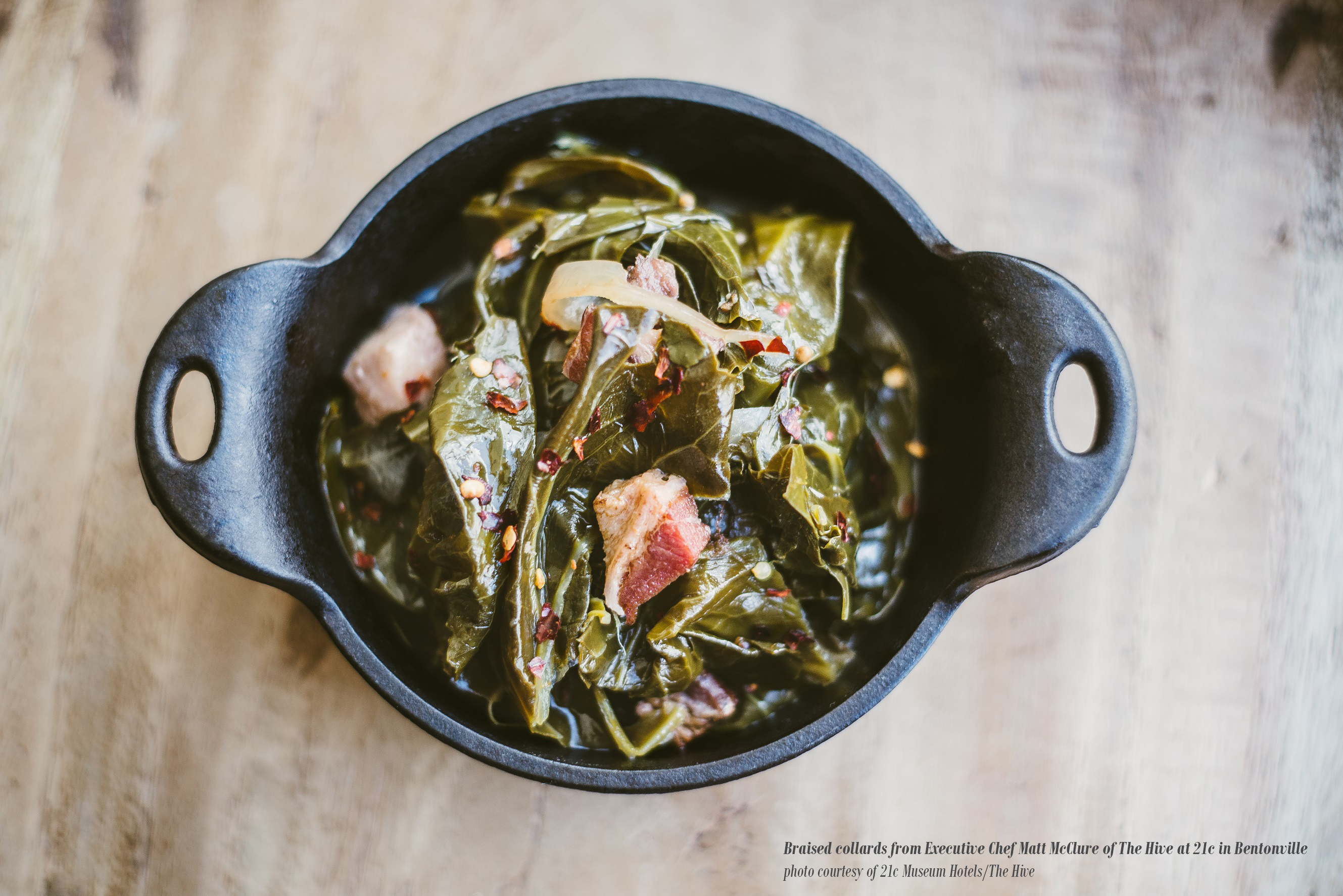 A new cookbook highlights American cuisine in a novel way: by dipping a spoon into the foodways of all fifty states. America: The Cookbook is an encyclopedic journey that explores the nation’s main arteries — fried chicken, apple pie — and back roads (mashed wild wapato or ackee dip, anyone?) and stops in Arkansas to visit with gardening and lifestyle expert P. Allen Smith and James Beard award nominee Matthew McClure, executive chef of The Hive in Bentonville.

The 800-recipe behemoth is divided into two broad sections. The first is organized like a traditional cookbook, with recipes grouped into categories like starters, main courses, side dishes, desserts and breakfast. In this section, each recipe bears an icon indicating its provenance, which might be a specific state or an entire region (or even, in widespread recipes, several regions). And while it might be an overstatement to say that Arkansas is abundantly represented in this first section, we do claim pork chops both fried and smothered, biscuits and gravy and sweet tea, among others; many more of our treasured recipes in these parts fall under the regional umbrella of the South. It’s worth noting that the recipe for fried pickles is branded with both the Southern region and Arkansas — so let that settle the debate with Mississippi once and for all!

“When I was growing up, the table was a place to share family wisdom, gossip, laughter, and lore. Not infrequently there were four if not five generations present around the turnip greens, chicken and dumplings, and coconut cake.”

Chef Matthew McClure of The Hive, at the 21c Hotel in Bentonville (photo courtesy of 21c Museum Hotels/The Hive)

All three of the dishes P. Allen Smith mentions appear somewhere in the cookbook; here in the Arkansas section, Chef McClure offers his trademark “high South” variations, featuring local ingredients prepared using traditional techniques. Selected recipes include braised collards, rabbit and dumplings, sorghum roast duck, gnocchi dumplings and rice grits pudding with blackberries. To get an idea of what a treat you’re in for, here’s a recipe to kick off your culinary journey.

In a large pot cook the tesa over medium hear, to render the fat, about 15 minutes. Add the onion and garlic and cook until caramelized, about 10 more minutes.

Meanwhile, heat a small skillet over medium heat. Add the mustard seeds and chili flakes and toast, stirring occasionally, about 3 minutes, or until aromatic.

Add the chicken stock to the pot slowly, deglazing the pan. Add the brown sugar and toasted spices. Increase the heat to medium-high and bring to a simmer. Working in batches, fold in the collard greens, stirring until wilted. Cover and bring to a boil. Once boiling, reduce the heat to medium-low, cover, and simmer until the greens are tender, 1 1/2 – 2 hours. Season to taste with salt and vinegar.