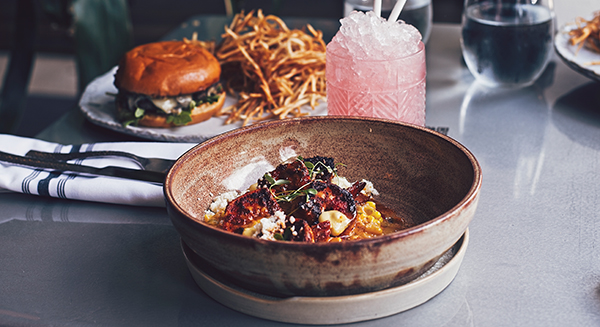 There it was again — a mysterious blip on the radar. Alternately hovering, then darting, this unidentified object had clearly targeted our airspace. Fighter jets were swiftly scrambled to ensure public safety. According to unnamed sources, the object was quickly identified and sent off with an enthusiastic thumbs-up from the pilots. It was, after all, a well-known frequent flier. This little cherub with wings has quite the reputation.

Cupid — as he is universally known — was merely doing a bit of reconnaissance. It is, of course, his mission to target not only those seeking love but also first-time users, as well as those whose relationships are in need of a booster shot. All this is in preparation for the day honoring his former cohort, Saint Valentine. Their partnership ceased to exist due to one Roman Emperor Claudius II, a ruler who cared only for triumph in war, not love. In an attempt to ensure his victories, he deemed it illegal to marry, believing single males made better soldiers.

Love found its own warrior in Valentine, who notably wore a purple amethyst ring with an image of Cupid engraved on it. As a symbol of love, Cupid was still legal under Roman law. Valentine’s use of the ring, though, signaled to the soldiers his willingness to circumvent the law. His subsequent success at performing these marriages led to Claudius’ wrath. It did not end well for Valentine. The amethyst fared better, now being February’s birthstone.

Cupid’s position is intact, but there’s a wide range of behaviors reflecting the struggle that love — or lack thereof — can sometimes be. There are those whose thirst sustains the multimillion-dollar romance novel industry. Then there are the one-and-done partners, (“I said, ‘I love you’ once before, why do I have to keep repeating it?”). Well, as Marriage.com notes, whether you are giver or the receiver, romantic gestures are the oxygen of love. “They remind you that your partner has not only chosen you but appreciates your presence in their life. … It reaffirms your position as ‘the one.’”

So, sometimes you just have to lay your heart on the table. A well-chosen table is key here. Within the last couple of years, several new restaurants have impressively upped the ante on the culinary scene, making an alignment with Cupid totally delicious in every sense of the word. Any Type A will see this as multipurposeful as well. Bonding over new experiences strengthens relationships; being treated royally is most people’s cup of tea; and lovers — note the quote — “The way to a man’s heart is through his stomach.”

That’s how Todd Gold, director of food and beverage for Pine Bluff’s Saracen Casino Resort, started a lifelong affair with ambrosia, the culinary choice of the Greek gods. Thirty years ago, Gold explains, “Making Little Rock known for something besides BBQ and catfish” became the goal for him and other like-minded chefs. Today, the city is a reputable culinary destination. And Gold? Well, he was thinking he might just ride into retirement in his position at the Culinary Arts and Hospitality Management Institute at the University of Arkansas-Pulaski Technical College. Having been notably involved in the institute’s creation, Gold found satisfaction in bringing up others in the business. 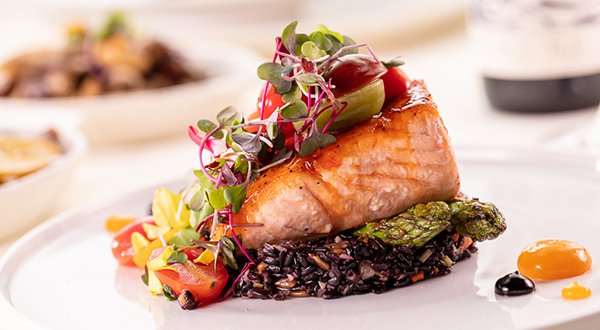 From the salmon to chocolate desserts, everything is decadent at Red Oak. (Courtesy)

Gold didn’t have a roving eye. No, that’s not how he got to Pine Bluff. The sweet whisper in his ear was the challenge of creating another culinary — and hospitality — destination. The buzz hit the kitchens across the region. Soon, Pine Bluff saw an impressive migration.

“Best of the best, cream of the crop” is how Gold enthusiastically describes the professionals who came to Saracen. Indeed, the resumes they brought along reflect serious credentials. And make no mistake — Gold was a drawing point for those wanting to work with the best. As much as he would like to deflect attention from himself to this team, the number of his awards tell his truth. Heck, even the CliffsNotes on those are longer than most menus. 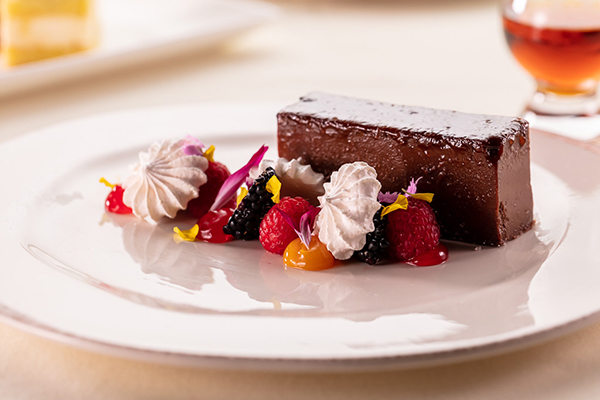 Perhaps one reason Gold was tempted away was the opportunity to also work with some of the highest-quality food and beverage available, best reflected in the resort’s Red Oak Steakhouse. The Quapaw Nation, which owns this casino, is its own major supplier. It has its own brewery, roastery, greenhouses, beehives and, yes, herds, the latter of which provide the bison and beef. Chef Joe Coleman and his team also plate items such South African lobster, Colorado pork and A5 rated Kobe steaks. As Gold notes, “There’s the Rolex, and then there’s the counterfeit.” He is referring to the extensive certification required to serve such distinguished beef. Fewer than 10 restaurants in the United States have legal certification, this being a rare exception in the South.

Impress yourself with another coveted menu item. That would be the Kentucky bourbon Pappy Van Winkle 23 Year. How divine is it? Well, New Yorkers have been known to jostle to pay more than $300 a shot for it. Want to share some love? Order Roy’s Ringside Red craft beer. Favored by legendary boxer Roy Jones Jr., part of its proceeds go to his children’s foundation.

Children? For the Lowes of Jonesboro, there are two of them now. Luckily for all of us, one of them caused the plans of this couple to go awry. More than a decade earlier, Chef Karl Lowe had set off from Arkansas to Ecuador. There he did well to find his ambrosia, establishing five restaurants. But then Cupid nudged in with an Ecuadorian chef named Paula who agreed to take his job offer. A slow simmer that love was, but time proved it was undeniable, as they would later marry.

In a visit back to Jonesboro, Mr. and Mrs. Lowe focused their sightseeing on investment property. But when the real estate agent found out they were chefs … well, he had a restaurant for sale. Not in their plans, but then the Lowes found out they had a bun in the oven, so to speak. With a quick pivot, they set down roots, affirming that with the eatery called Roots Restaurant. 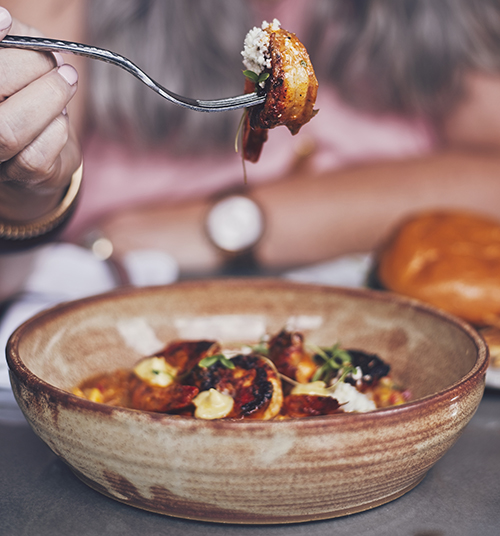 The menu at Roots is as upscale as it is familiar for a unique but approachable way to “fine dine.”

The “modern city vibe” of Roots, as Karl describes it, is but the first sign that the Lowes prefer a contemporary take on fine dining, one which is common in Latin establishments. Paula explains, “Everything is a little more organic, more minimalistic, more sustainable.” Sourcing locally and regionally provides a fresher product and also reaffirms their commitment to community. Not to say there aren’t Ecuadorian products in the mix. 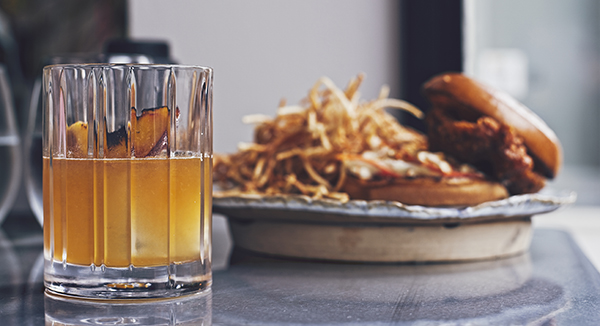 The menu, too, is a merger — sometimes a juxtaposition — of cultures. Their Southern and Ecuadorian roots are mirrored in the choice of ingredients, flavors and techniques. “Hog and Hominy” compete for attention with the “LLapingacho”; the New York Steak and Pecan Demi-Glaze Duck Breast duke it out with braised Newman’s Pork Shank and, oh, that Fried Cornmeal Snapper. Did we mention lunch, which includes JB Farms Wagyu Burgers? Savor every moment — this love is fleeting.

“Once a menu item hits and goes away, it doesn’t come back,” Karl says, referring to their seasonal menu rewrites. 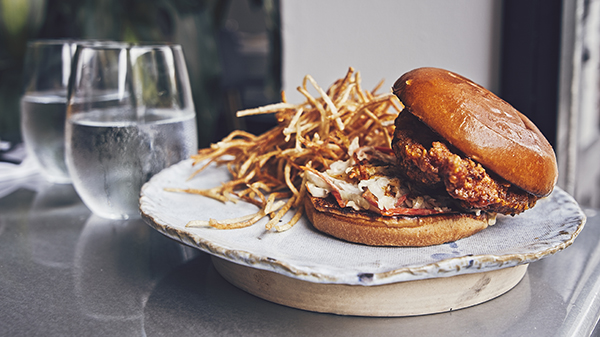 Ready to make a toast? You can’t take this for granted in Jonesboro, being that it’s in a dry county. Nevertheless, private club status, which Roots obtained, allows some circumvention on that. The beverage menu at Roots reflects some fine, full shelfs, the likes of which also go into crafted drinks.

Rumor has it there might have been champagne flowing right before New Year’s at Roots. One future husband, in a set of impressive moves, not only brought his sweetheart there for the first date, but also for his proposal.

Here’s to love, everyone! 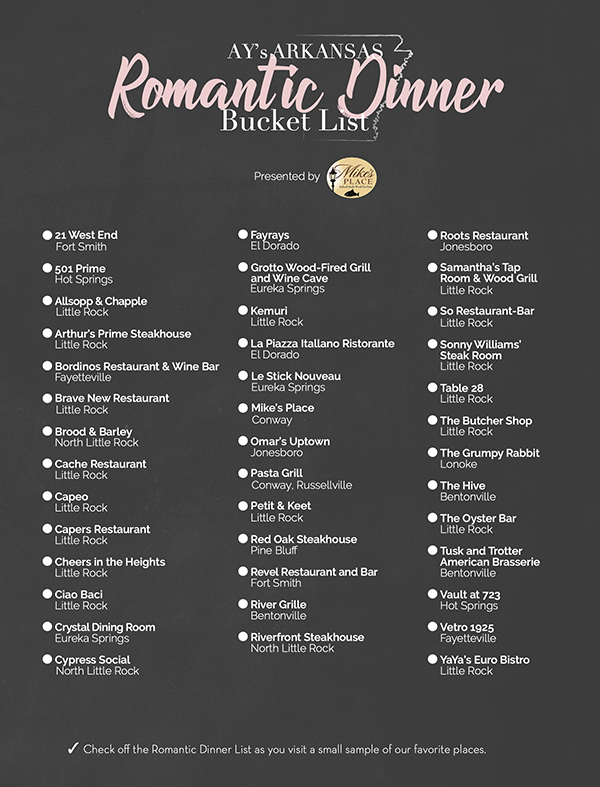