Cutting No Corners: Heather Baker and DJ Williams Eat at @ The Corner 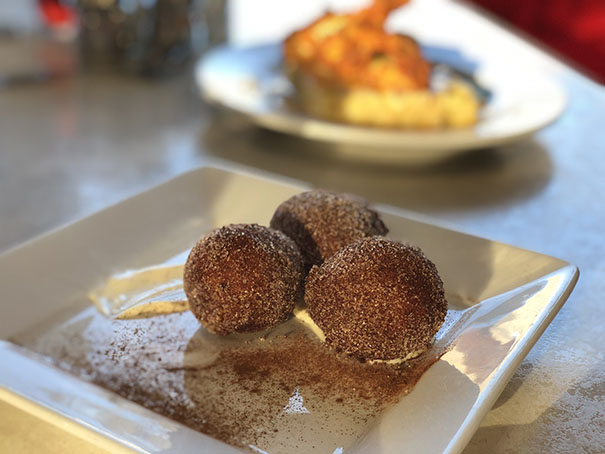 There are few things that are more satisfying that a great breakfast. Plates of pancakes, waffles and hash piled high on a plate evoke memories of simpler times with your family. A great breakfast can transport you in time, and that’s exactly what one Little Rock diner is doing.

At The Corner, founded in 2014, serves up breakfast from Tuesday through Sunday in its 1950’s-style diner in the heart of downtown Little Rock. But don’t mistake this for an old-fashioned diner, it is at the cutting edge of food, offering fresh local produce to its customers.

AY Publisher Heather Baker and KARK host DJ Williams decide to drop by the restaurant to see what all the fuss is about At The Corner.

“We’re on week three of the breakfast and brunch bucket list with AY Magazine, and we are at At The Corner,” Baker says.

“So we’ve been hearing a lot about this place. Apparently everyone and their momma told we need to come here when they saw we were doing the bucket list on brunch and breakfast,” Williams says. “We only pick four places each month, and this was the number one that they said we must try. I guess we’re going to see what all the hype is about.” 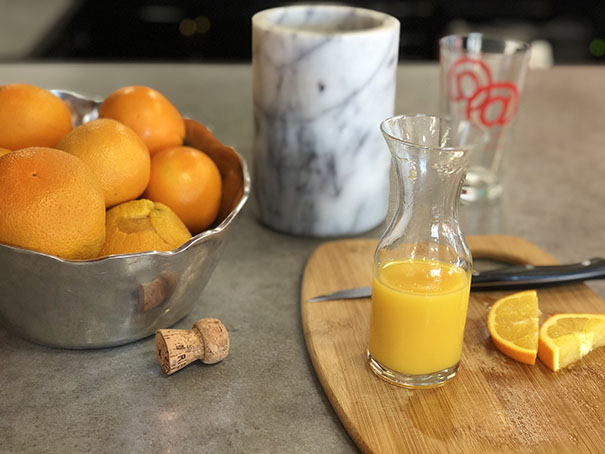 The fixings for a mimosa

At The Corner’s co-owner Helen Grace King provided an introduction to the diner and whipped up a Mason Jar Mimosa for the thirsty culinary adventurers. This drink, she says, is the real deal mimosa.

“Here at At The Corner, we don’t cut corners. A Mason Jar Mimosa is actually half and half – lots of bubbles. It’s topped with a nice fresh orange slice,” King says. 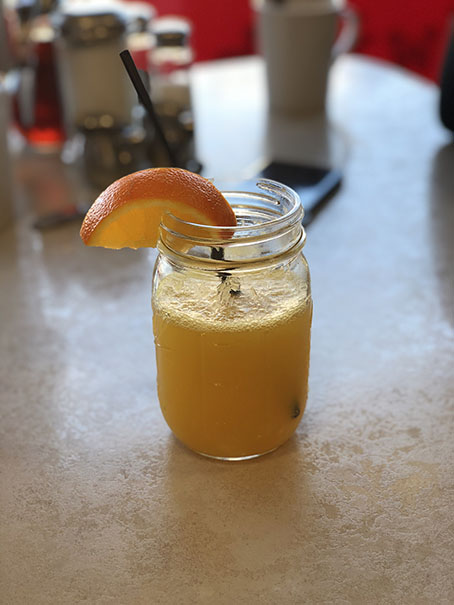 But the real star is the food. And there’s plenty of it! The weekday menu of At The Corner includes sweet potato pancakes, chicken-n-waffles, a cowboy breakfast, brunch poutine, Dutchman tacos, brunch donuts and hot chicken and waffles.

According to At The Corner chef Kamiya Merrick, all of the food is made with an eye toward highlighting local produce. 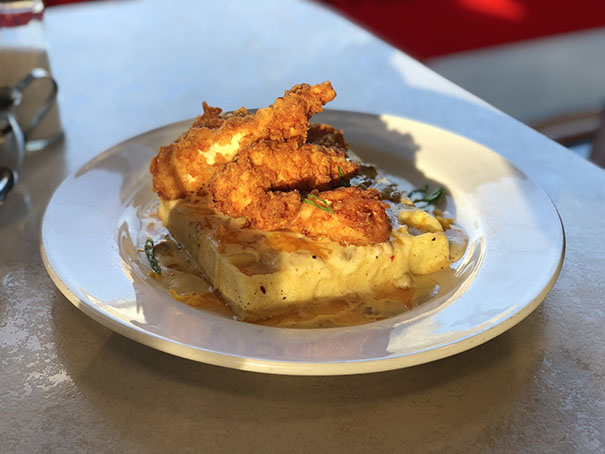 With all this food, where do Baker and Williams start? There’s only one logical food group.

“You want to start with the donuts, first?” Williams asks. 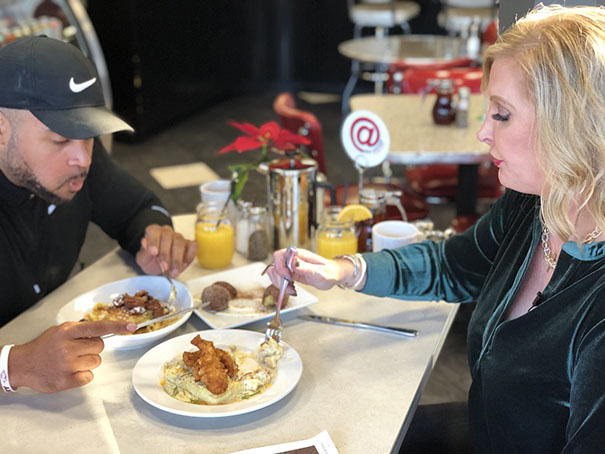 During their stay, they also chow down on the sweet potato pancakes, as well as the chicken and waffles, which Williams says might be the best waffles he’s ever eaten. All in all, they were two happy campers.

“We’ve heard the hype about At The Corner. We wanted to know what it is all about. It checks out – this place is legit,” Williams says. 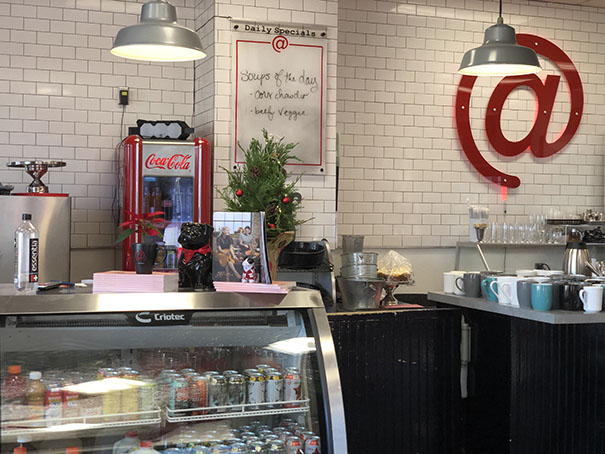 “They have breakfast every day, except on the weekends – Saturday and Sunday – they have a specialized menu. It changes weekend, and you never know what it’s going to be,” she says.

The Breakfast Bucket List isn’t quite over yet. There’s still one more spot that Baker and Williams have to hit before the breakfast train ends. Check back next week to find out where they go!

READ MORE: Getting Down to The Root Cafe