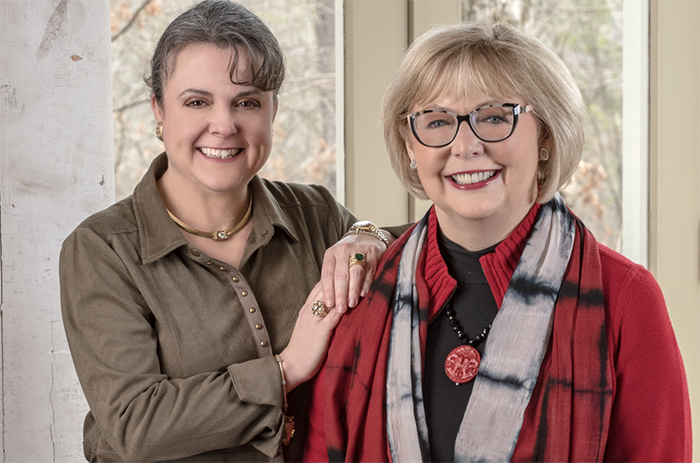 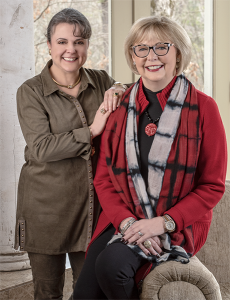 Many will remember Linda Gray as Sue Ellen Ewing, from the 1980s hit television show Dallas.
In April, fans will have the opportunity to meet Sue Ellen, as she is the speaker for this year’s Bolo Bash Luncheon, a fundraiser for the Baptist Health Foundation. She will be introduced the night before the luncheon on Tuesday, April 16 at a meet and greet reception beginning at 6:30 p.m.
“Every year, for Bolo Bash, there’s a reception to introduce the guest speaker to the community,” says Millie Ward, president of Stone Ward, who is co-hosting the reception with her husband, Larry Stone, at their home on Glenridge Road in Little Rock. “It gives visitors the opportunity to speak with the guest and to further support Bolo Bash [initiatives].”
Tickets to the reception are $75, and proceeds from Bolo Bash 2019, which also includes the Little Rock Open Tennis Tour and Bolo Bash Golf, will be used to provide nursing scholarships for students at Baptist Health College-Little Rock, along with covering continuing education costs for Baptist Health nurses. 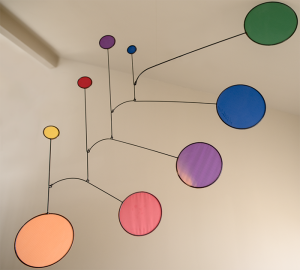 This year’s special guest received an Emmy for outstanding lead actress as well as two Golden Globes for her part in the iconic show that built up suspense as it hurtled toward the answer to “Who shot J.R.?” She has also had other acting roles on the stage, television and the big screen.
Gray was in the Fox dramas, Models, Inc. and Melrose Place. She starred opposite Sylvester Stallone in Oscar, had parts in Moment of Truth: Why My Daughter? and Accidental Meeting and she also played Mrs. Robinson in The Graduate on Broadway, among others.
Gray also served as a United Nations Goodwill Ambassador from 1997 to 2007, promoting issues that affect women around the world, and she has worked with Meals on Wheels and various other volunteer-led organizations. She is the author of the book The Road to Happiness is Always Under Construction, and she is currently the Goodwill Ambassador to the city of Dallas.
“When Bolo Bash began, it had a country and western theme,” says Katherine Blackmon Carroll, chairman of this year’s Bolo Bash Luncheon. “This is the 30th anniversary, so we chose Linda Gray because she is a cultural icon, and her show, Dallas, goes back to the beginning of our event. We are very excited to welcome her to Arkansas.”

Linda Gray, made famous as Sue Ellen Ewing, from the 1980s hit television show Dallas, is the speaker for this year’s Bolo Bash Luncheon.

Past Bolo Bash Luncheon guest speakers have included Nicole Miller, Marie Osmond, Debbie Reynolds and Susan Lucci.
The reception will be a drop-in event, and about 150 to 200 guests are expected. Although she hasn’t settled on the décor or menu just yet, Ward says, “Hopefully there will be a hint or two of Dallas somewhere in the party.”
Ward has served on the Baptist Health Foundation board for several years and is a past Bolo Bash chairman, but this will be her first time to host the reception.
She plans to take advantage of the early spring weather and allow guests to mingle inside as well as outside, around her home’s pool and garden.
“This intimate event offers the opportunity for our supporters and guests to meet Linda in a relaxed and entertaining atmosphere,” says Carroll. “Plus, our hosts’ home is absolutely beautiful, and we are delighted that they are allowing us to host Linda in this lovely environment.”

Ward and Stone were starting their business and raising a young daughter when Dallas originally ran on CBS, but Ward says she did her best to keep up with what was happening on the show.
“I thought it was great. We had a lot of things going on, but I still made time to watch Dallas most weeks because it was an exciting show. It was bigger than life, and J.R. was an entertaining villain. It was fun to watch,” says Ward.

“I was a working woman at the time, so there were no soap operas in my life. I guess if there would have been a soap opera that would have been it. It was a cultural phenomenon. As a person in the communications business and the advertising business, you’re always interested in things that sort of take fire in our culture. Dallas certainly did that and did that for quite a while.”
It’s been a while since the show aired, so Ward says she will likely take some time to review the details before she gets to meet Gray.

Ward’s Little Rock home, which she will open to Bolo Bash guests, is loaded with magnificent pieces of artwork, including an iconic Picasso.

“I’m going to spend a little time between now and when Linda comes to town to brush up on the series and look back at it in a new way so that we’ll be ready to welcome her warmly to our home,” she says.
Stone and Ward are long-time supporters of Baptist Health.
“Larry and I, as Stone Ward, have been marketing partners with Baptist Health for over 20 years, so we are Baptist Health fans,” she says.
“We do support the Foundation as a philanthropy because we support the mission that Baptist Health has to make a healthier Arkansas and to do what they can to create all the miracles that are produced every day in their patients and in the people and the communities that they serve,” says Ward.
“So we’re hosting this reception because we are big fans of Baptist Health, and we are excited to welcome other Baptist Health supporters and fans of Linda Gray to our home to have a nice party and enjoy her company and hear maybe a little bit more about the insider stuff that she can tell us about the series. I can’t imagine that she wouldn’t be a very colorful guest, so I’m looking forward to that.”