Dancing With Our Stars 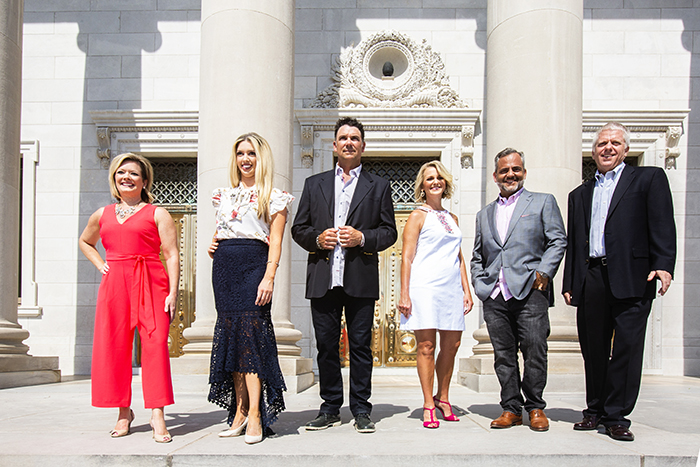 Put a political finance director, a major-hospital CEO, a well-known philanthropist and some business owners on a stage; watch them dance their hearts out for a good cause … and there you have: Dancing with Our Stars. They may not be nationally famous megastars, but on September 5, these familiar central Arkansas faces will take the stage along with their local dance instructors to compete in front of three judges and a live audience for the coveted mirror ball trophy. And, it’s all to raise money and awareness for a disease called neurofibromatosis, also referred to as NF.

This year will be the 10th Dancing with Our Stars event put on by the Children’s Tumor Foundation (CTF). Each year, the gala has been bigger and better, bringing in more money than the year before. Primarily run by volunteers, this year’s event is led by Special Events Manager Allyson Douglass, who has volunteered for years on the gala and now works for the CTF. Keeping in line with the celebrity feel, the Robinson Center Ballroom will open its doors at 6 p.m. with a red carpet entrance as photographers snap away. Then, 450 guests (room capacity) will clink glasses and peruse the silent auction table during the cocktail hour, followed by dinner and the main event — the dance show.

Just like in the hit ABC show, these celebrity dancers have been practicing for weeks with professional instructors. Cameramen have been capturing video footage of the dancers in the early stages of learning their routines and interviewing them to form montages that will be shown as each performer takes the stage. Unlike the TV show, the dancers get to meet a child with NF to help them connect and see first-hand the reason for the fundraiser.

The truth is most people know nothing about NF. The Children’s Tumor Foundation has made it its mission to change that. Lesley Oslica, the foundation’s Arkansas chapter president, has been working for years to raise money through various events (in addition to Dancing with Our Stars) to help support families dealing with NF and fund research toward finding a cure. “NF is actually more common than cystic fibrosis and Duchenne muscular dystrophy combined, but nobody has ever heard of NF,” Oslica explains. “Most people have heard of cystic fibrosis and Duchenne but if you ask a group of people if they’ve heard of NF, most haven’t. That’s why we want to raise awareness — because it garners support and understanding.”

The chapter’s president has her own personal story with this genetic disease that affects up to one in 3,000 people. When her daughter was four-years-old, she noticed multiple light brown birthmarks on her child’s body. Oslica had read an article that these marks could be a sign of a neurological disorder. She took her daughter to get checked by her pediatrician, but he was unaware of the disease and didn’t take her seriously. “He blew me off and said, ‘you can’t believe all these articles,’” Oslica recalls. She left the doctor’s office feeling foolish. Four years later, she was at a dermatologist appointment with her daughter, for a different matter, when the dermatologist noticed the birthmarks in addition to freckles under her arms and nodules on her eyes — all signs of the disease. The dermatologist told her to see a specialist for NF.

At the time, there were no NF specialists in Arkansas so the family went to a genetics center for testing and later a neurologist for an official diagnosis. Her daughter was almost nine years old by the time her disease was confirmed. “I went through all the different stages of grief,” Oslica recalls. “As I journeyed through the stages, I landed in ‘take-action.’ I didn’t want to sit idly by.” Her take-action attitude is what has led her to work tirelessly with the Children’s Tumor Foundation, which has raised $1.5 million in Arkansas since she started volunteering. Her goal is to raise $250,000 this year to reach a $2 million milestone.

As awareness and funding increase, the state has improved its support for families with NF. When the Oslica family first sought help, they knew of no one else with the disease. Today, things are much different. There is now an NF Clinic at Arkansas Children’s in Little Rock that has expanded since it first began in 2008 to become a multi-disciplinary clinic with specialists from neurology, neuro-oncology, neuro-psychology and genetics. Patients no longer have to travel out of the state for diagnosis and treatment.

Money raised by the Children’s Tumor Foundation is going a long way. CTF hosts an annual symposium for affected families to listen to NF researchers visiting from larger clinics across the country. Funding is also given to Arkansas’ local medical professionals to attend an annual NF medical conference among the top specialists who gather together to find a path toward a cure. In addition, scholarships are provided for teens with NF to attend a life-changing camp called Camp Kostopulos, in Utah, with all travel expenses paid. Lastly, and perhaps most importantly, raised money goes toward awarding grants for research toward treatment and ultimately a cure. 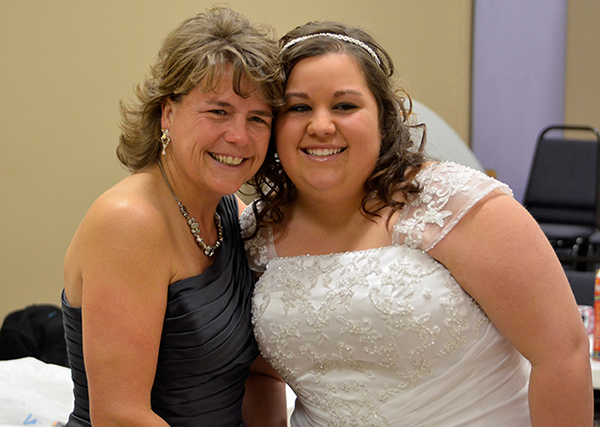 What Exactly is NF?

NF is a genetic disorder that can cause tumors to grow on any nerve ending in the body. There are three types of NF. The most common (1 in 3,000) is NF1 which is found on chromosome 17. It affects the optic nerve and can cause sight loss. NF2 is found on chromosome 22. It is much less common than NF1 (1 in 25,000) and affects the auditory nerve. The rarest form of NF (less than 1 in 40,000) is Schwannomatosis. This genetic disorder has only recently been identified and causes the development of benign tumors on spinal and peripheral nerves. According to the Children’s Tumor Foundation, half of the people who develop NF1 or NF2 inherit it from a parent. The others develop it by chance, as the result of a spontaneous change in a specific gene in an egg or sperm cell. Every person affected by NF1 or NF2 has a 50 percent chance of passing the condition on to his or her offspring. Schwannomatosis is not as well understood, but the majority of cases appear to occur by chance, not because they are inherited.

The tumors associated with this disease tend to be on nerve endings where they can’t be removed without causing major damage to functions of the brain or spine. Tumors related to NF can lead to learning disabilities, bone abnormalities, blindness, hearing loss and cancer in rare cases. Standard chemotherapy has not been very effective with these types of tumors. However, there is hope in a new clinical trial MEK drug inhibitor that has shown to reduce tumor size by more than 60 percent in more than 70 percent of people in the trial.

Although blood tests are available for NF1, a clinical diagnosis, or a medical examination of the body, by a physician is considered to be the most reliable. The diagnostic criteria for NF1 are listed below. In order to make a diagnosis of NF1, an individual must have two or more of the following, provided that no other disease accounts for the findings:

• Freckling under the arms or in the groin area

• A distinctive bony lesion: dysplasia (abnormal growth) of the sphenoid bone behind the eye, or dysplasia of long bones, often in the lower leg

• Tumor on the optic nerve that may interfere with vision

For more information on the Dancing with Our Stars event, go to: https://www.facebook.com/DancingWithOurStarsLittleRock/ 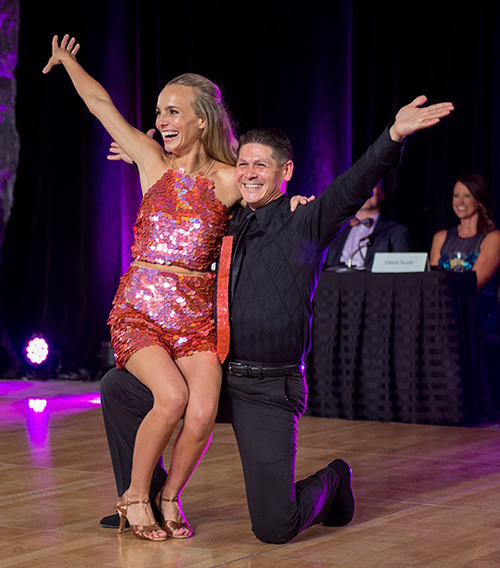 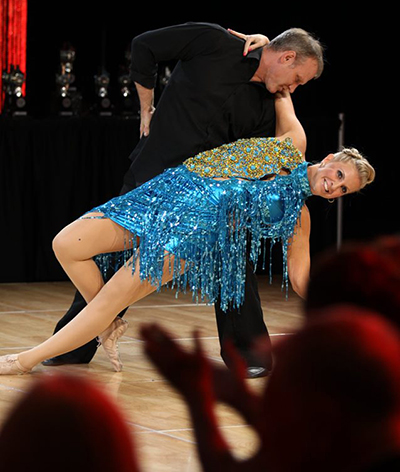 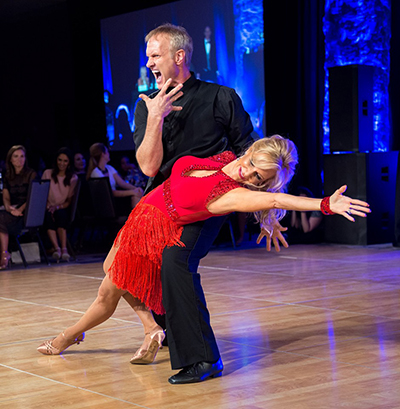 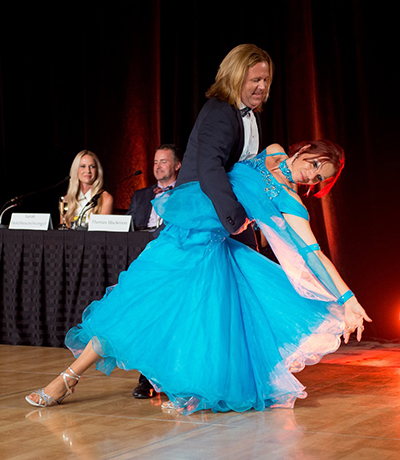