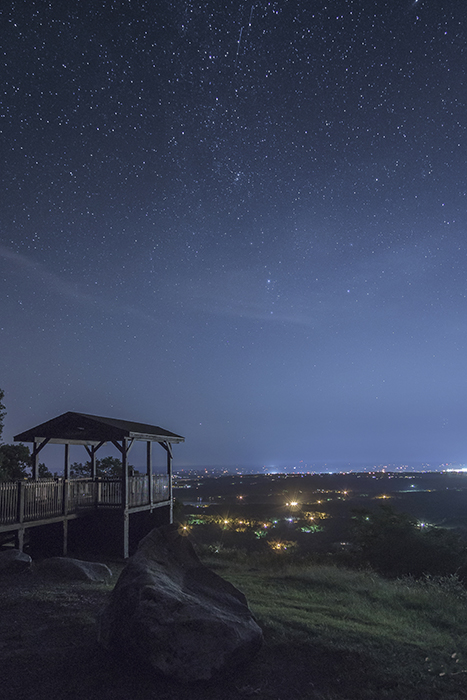 When was the last time you saw the Milky Way? Not that confectionary creation found down the candy aisle in the local convenience store, but the incredibly vast and stunningly beautiful galaxy in the heavens far, far above? I am talking about that glowing carpet of distant stars — billions upon billions of stars — which has inspired legends, captivated writers and fueled romances.

I’m told many city dwellers have never seen it. Some have never even heard of it. That worries me.

What’s happened is that good, old-fashioned darkness isn’t nearly as common as it once was. Dark skies are needed if we’re to follow the traditions of our ancestors and gaze wistfully upon the Milky Way, the constellations and other celestial bodies and ponder the mysteries of life. Unfortunately, it’s difficult to escape the bright and ever-expanding urban lights these days.

City folks and country folks seem to have far different views of darkness. Famed British author W. Somerset Maugham summarized it quite nicely: “In the country, the darkness of night is friendly and familiar, but in a city, with its blaze of lights, it is unnatural, hostile, and menacing. It is like a monstrous vulture that hovers, biding its time.”

A contemporary writer, Paul Bogard, has released a provocative book — “The End of Night” — which essentially states that our nights are losing their darkness at an alarming rate — and that’s bad news. With the amount of artificial light in the night sky increasing at some 6 percent a year, light pollution is seriously upsetting habitats and interfering with ecosystems.

According to Bogard, the impacts go well beyond the disruption of migratory patterns of insects, birds and mammals. All kinds of human disorders and diseases — ranging from obesity to hypertension to cancer — have been linked to light pollution and sleep deprivation. A growing number of medical researchers are now investigating “dark therapy” as a treatment for patients suffering from bipolar disorder, fibromyalgia, depression, chronic fatigue syndrome and other serious ailments.

Although a “Night Sky Protection Act” failed to pass the Arkansas General Assembly in 2003, the good news is that the friendly and fascinating darkness of the country still abounds within our borders. Several of the planets, lots of constellations and the Milky Way are regularly visible with the naked eye in the night skies of the Natural State.

My favorite places to view Arkansas’ ethereal wonders are isolated rural areas, such as out in the middle of one of the state’s large lakes or from a peak deep within the national forests. The designated wilderness tracts in the Ouachitas and Ozarks are especially good. I fondly recall a few evenings spent stretched out on a gravel bar in the Ponca Wilderness — with the only light provided from the twinkling heavens.

I heartily recommend that you take a chance, embrace Mother Nature’s darkness, and reconnect with the Milky Way. You might get lucky and be rewarded with a bonus — such as a shooting star or a passing flock of geese, honking from on high as they continue a journey dating back eons ago.