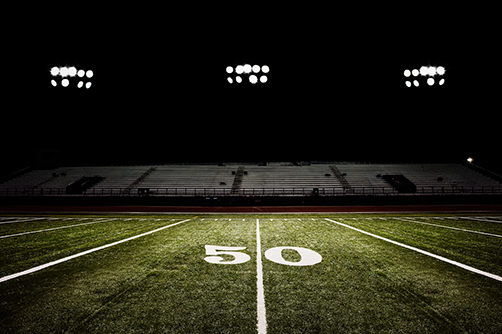 It’s a big day for Razorback fans! An Arkansas great is heading to the College Football Hall of Fame.
Darren McFadden, former NFL and Arkansas Razorback running back, has been named to the National Football Foundation’s College Football Hall of Fame.
McFadden is one of 14 players who are in the 2019 incoming class of Hall of Famers, along with two coaches, Coaches Dennis Erickson and Joe Taylor. McFadden is now the 20thRazorback to be honored with a Hall of Fame induction.
In a University of Arkansas press release, McFadden thanked his coaches, including Coach Houston Nutt, and his Razorback teammates for their support during his college career.
“Growing up in Arkansas, my dream was to play for the Arkansas Razorbacks,” McFadden said. “To be able to do that and now to be recognized with induction into the College Football Hall of Fame is something I couldn’t have imagined. I’m so grateful to my family, Coach Houston Nutt and my many other coaches, Dean Weber, my teammates and everyone in the Razorback Nation for supporting me throughout my collegiate and professional career,” he said.
“When I look at the others who have been inducted to the Hall of Fame, including many from the University of Arkansas, I am truly honored and humbled to be included in such a distinguished group,” McFadden said.
Here is the full 2019 College Football Hall of Fame class:
Terrell Buckley – DB, Florida State (1989-91)
Rickey Dixon – DB, Oklahoma (1984-87)
London Fletcher – John Carroll (1995-97)
Jacob Green – DL, Texas A&M (1977-79)
Torry Holt – WR, North Carolina State ( 1995-98)
Raghib Ismail – KR/WR, Notre Dame (1988-90)
Darren McFadden – RB, Arkansas (2005-07)
Jake Plummer – QB, Arizona State (1993-96)
Troy Polamalu – DB, Southern California (1999-2002)
Joe Thomas – OL, Wisconsin (2003-06)
Lorenzo White – RB, Michigan State (1984-87)
Patrick Willis – LB, Mississippi (2003-06)
Vince Young – QB, Texas (2003-05)