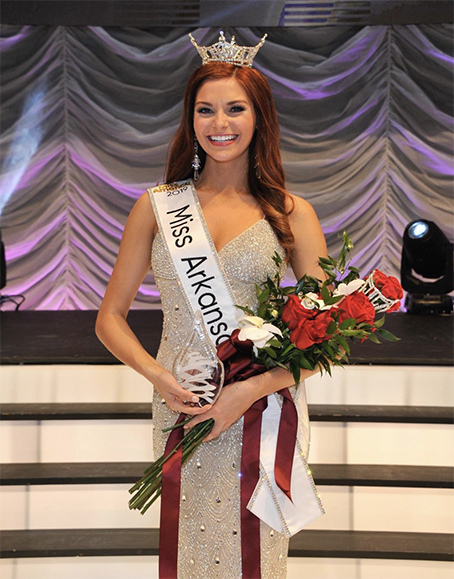 The fifth time is the charm. Or at least it is for Darynne Dahlem, who was crowned Miss Arkansas this weekend.

So overwhelmingly grateful to have been awarded preliminary evening gown tonight at Miss Arkansas! ? Fun fact: this is the first time EVER that I have not worn a blue evening gown. Thank you so much the Miss Arkansas Scholarship Foundation for sponsoring this $1,500 award and to Danny Barger for this amazing photo! And congratulations to @lauraleighturner who also won gown tonight! (Hint: we tied ??) #missar2019

Tonight I said farewell to the chapter I’ve called home for four years. In these few years, TriDelta has given me more than I could have ever hoped for. Friendship, support, love, and so much more. I’ve had the privilege of meeting and forming bonds with some of the most amazingly kind and driven women. Thank you so much @arkansastridelta for giving me a place to call home and women I can call my sisters.

For winning the competition, Dahlem received a $30,000 scholarship from Ted and Shannon Boy Skokos and the Miss Arkansas Scholarship Foundationas well as approximately $75,000 in awards, wardrobe and more.

A graduate of the University of Arkansas with a degree in animal science, Dahlem is the daughter of Ron and Traci Lewellen of Greenwood.

READ MORE: Where to Stargaze in June