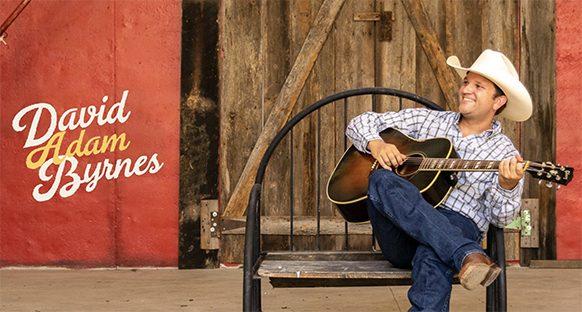 Not much can get David Adam Byrnes down. Whether it’s COVID-19, industry difficulties or just the bumps on life’s road, this Central Arkansas native has proven he has what it takes to succeed in the rough-and-tumble music world.

Byrnes will be releasing his newest album, Neon Town, on Friday, Oct. 2 with two special shows scheduled to kick off the release. He will be performing at Stickyz Rock N’ Roll Chicken Shack on Friday, Oct. 2 and Saturday, Oct. 3.

Neon Town marks Byrnes first wholly-owned album, represented a full circle of his life experiences so far. The album features 10 songs, including the title track and multiple #1 Texas radio songs. It includes hits like “I Can Give You One,” “Tequila Salt and Time” and “Beer Bucket List.”

Since leaving his Central Arkansas home in 2008, Byrnes has had a wide-ranging career, first in Nashville and later in Fort Worth, Texas. He made his bones in Nashville, striking a publishing/record deal in short order and releasing the Billboard hit song “Sweet Distraction.”

He switched back to his honky tonk country roots in 2013 and began to deepen his song-writing craft.

After hitting a speed bump with his record company in 2019, Byrnes found himself ready to release his album Neon Town in 2020. Then COVID-19 hit.

But Byrnes is ready to get back to business, and he’s bringing the show back home to Arkansas.

Neon Town can be pre-ordered or pre-saved on the iTunes Store, Spotify, Apple Music, Tidal and Deezer.