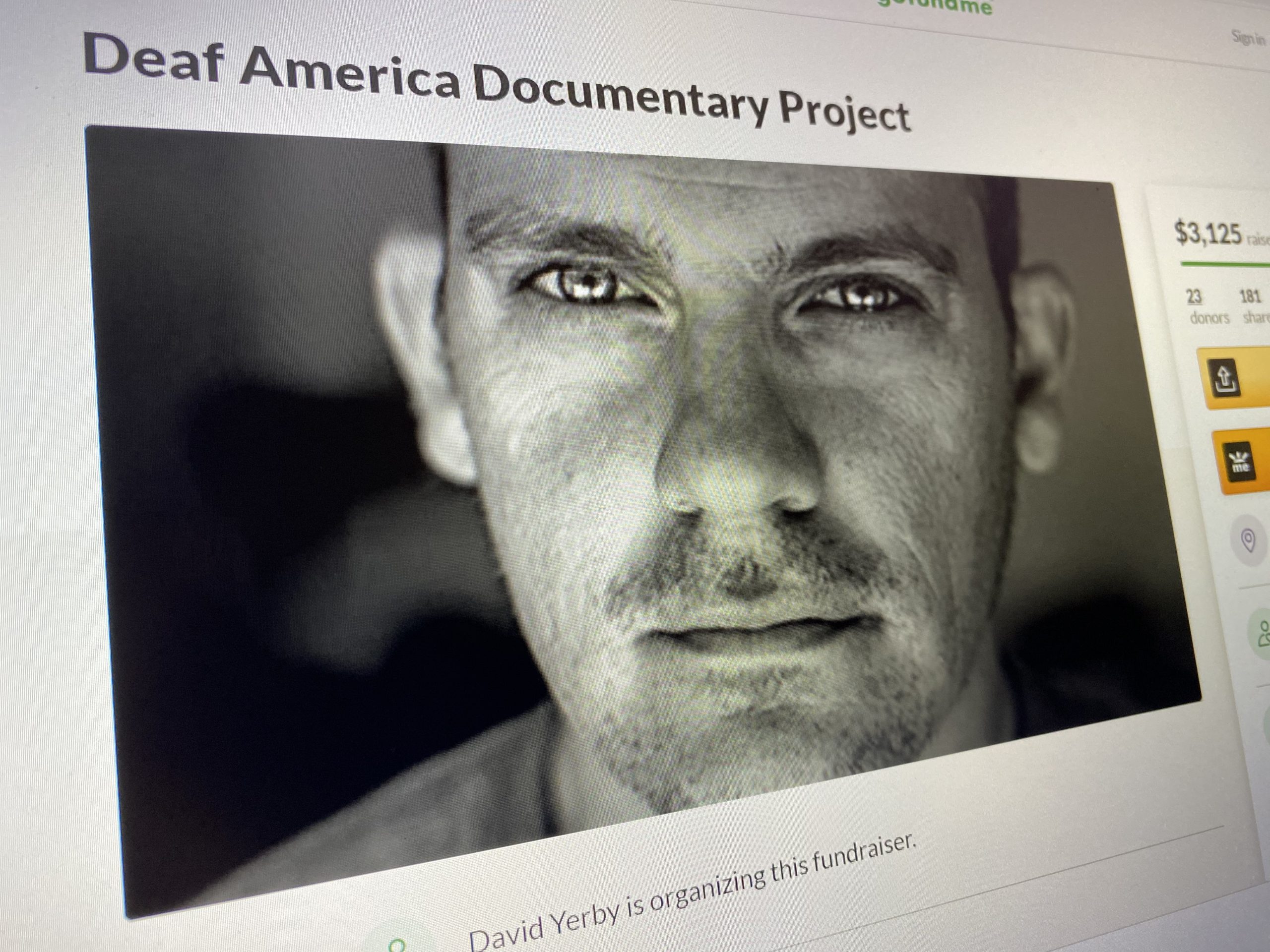 Hot Springs-based photographer David Yerby has had quite the successful career. He’s taken photos of four U.S. presidents, photographed the Clinton family at the opening of the presidential library, and has been published in the New York Times, Sports Illustrated, and several other prestigious publications. He’s done all of this without being able to hear.

Yerby grew up profoundly deaf in a world full of noise and sound, communicating with others through lipreading and American Sign Language (ASL). He has lived the sort of life where he’s had to work at least twice as hard to get just as far as people who can hear. It is difficult to put these struggles into words, to explain the trials and tribulations deaf people go through in order to simply communicate with others. Success is won by the deaf through admirable determination and hard work that is invisible to those of us who can hear. That’s why Yerby has started the Deaf America Project, a photo documentary intended to illuminate the struggles, and more importantly, the successes, of deaf people all across the nation.

Yerby first had the idea for the Deaf America Project after photographing a pair of students at the Arkansas School of the Deaf. After sharing the students’ stories, he realized he had a unique way of sharing the deaf world with the mainstream, a gift for storytelling that could not be ignored. With this realization, the Deaf America Project was born, and Yerby has been working toward this ultimate goal of his ever since.

When I asked Yerby what the end goal of his project was, he says, “The message to the world from the Deaf America Project is that the deaf can do it. Our world may be silent, but it doesn’t have to be invisible.”

The Deaf America Project will essentially tell the stories of the multitude of diverse deaf communities scattered throughout the nation, and highlight how they have achieved great success in the face of adversity. This will require Yerby to travel all over the country, as he wishes to photograph deaf people of all ages and from every walk of life, to remind the mainstream world that despite their inability to hear, deaf people are human beings capable of accomplishing incredible things.

The battle for equality and recognition is always an uphill struggle, and Yerby will need plenty of help on his quest to share the stories of deaf people all around the world. He has created a GoFundMe page in order to reach out to other people who wish to help him share deaf stories. The project is still in its infancy, as Yerby requires funding to enlist the assistance of a major art production company that will promote the Deaf America Project to major media outlets and take his project to the national level, meaning more exposure, more ways to help people, and more stories to tell. Yerby is very close to making his first trip to Austin, Texas, for the Deaf America Project, and momentum is quickly building as he nears his goal and more people are starting to donate.

You can help the Deaf America Project by donating on the GoFundMe page or by sharing the link with your friends and family. It’s a great opportunity to help an Arkansan native tell his story to the world and combat the stigmas associated with being deaf.