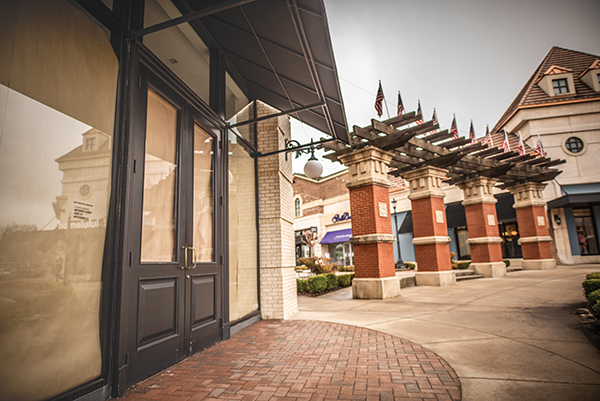 As a species, the shopping mall is in trouble. Battered by years of changing consumer behavior and strafed by the public’s fears over COVID-19, the once-gleaming beacon of social interaction and commercial enterprise is free-falling, flirting with extinction.

Coresight Research predicted last summer that the U.S. would see as many as 25,000 stores close permanently by the end of the year, sucking malls down the drain with them (Forbes magazine reported Dec. 31 the number was closer to 15,500). It’s the second straight record year for retail business failures, easily eclipsing 2019’s 9,800 shuttered locations. The majority of these closings were predicted to occur in malls already bleeding out from the gaping wounds left by the bankruptcies and death of longtime anchor tenants.

“The COVID-19 pandemic has accelerated a lot of trends that were happening prior to the pandemic,” says Elliot Nassim of Mason Asset Management, one of the owners of Northwest Arkansas Mall (NWA) in Fayetteville. “Our goal is always to add value to our properties, and we are actively exploring all our options in terms of what might bring people to our center.”

The Northwest Arkansas Mall, opened in 1972 and acquired by Namdar Realty Group in 2016, exhibits the classic design ubiquitous to suburban malls over the past four decades, as does the neighborhood. The large enclosure beckons cars from the highway into a sprawling ecosystem of strip malls, fast food and other attendant businesses snagging crumbs of traffic destined for the yawning parking lots of the retail mall.

The occupancy of the structure exposes the same potential Achilles heel that has plagued other such operations — among its 89 current tenants, several familiar faces have either filed for bankruptcy protection this year or announced widespread impending store closures. JCPenney alone both entered and exited Chapter 11 bankruptcy in 2020, changing ownership hands in November.

While NWA mall ownership accurately points out only a handful of its tenant stores have actually closed since 2018, the financial condition of many of these national brands attests to the fragile state of the malls that house them. This, Nassim says, is forcing the company to reimagine use of mall space going forward.

“In terms of shopping malls, a lot [of square footage] will be used for non-retail experiences,” Nassim says. “For instance, industries such as health care, offices, housing and other non-traditional retail industries could move into vacant anchor spaces to attract more foot traffic.”

The stakes in the mall game are high not only for ownership and tenants, but for the community at large. Overall, 32 million Americans are directly employed in the retail sector, per the National Retail Federation. In 2011, U.S. department stores alone employed 1.2 million employees across 8,600 stores, per estimates from research firm IBISWorld. By 2020, there were fewer than 700,000 employees working across about 6,000 locations, with each closing spiking the local unemployment rate in a category of worker often unskilled to do much of anything else.

In fact, as traditional malls have foundered — some predictions foretell 25-33 percent of the nation’s roughly 1,000 malls to disappear by the end of 2021 — creative repurposing has been required in malls across the country to buck the downward trend. In some cases, this involves public money as cities step in to save jobs and keep major property assets on the tax rolls. As Recode reported on Vox last year, this effort is particularly acute in small- to medium-sized cities.

“In Bartlesville, Okla., a city of 36,000 near the border of Kansas, local officials have embraced discount chains as the local Washington Park Mall has struggled,” writes Jason Del Rey of Vox and Recode. “The city provided $1.5 million in incentives in 2016 to develop an outdoor shopping center with popular discount retailers TJ Maxx and Ross to help offset the longtime troubles of the mall, once anchored by the department stores Sears, JCPenney and Dillard’s.

“The city also provided a $200,000 incentive to divide an old Kmart into five smaller retail establishments, including outlet stores Ollie’s and Burkes Outlet, as well as a Dollar Tree store. … Taxable physical retail sales dropped in 2015 and 2016 in Bartlesville but grew modestly in 2018 and 2019.”

All of this comes as something of a shock to people who came of age in the 1970s and 1980s, when shopping malls loomed so large on the social and commercial landscape — literally and figuratively — that the idea of their untimely demise was all but unimaginable. Malls were the de facto community center for suburban kids and a special occasion destination for those who lived in outlying rural areas. First jobs and first dates all unfolded while cruising the mall, punctuated by bites of food court fare and often capped by the latest first-run movie.

“By the 1980s and into the ’90s, malls had vanquished Main Street and colonized pop culture,” wrote Josh Sanburn in TIME magazine in 2017. “By 1992, the New York Times could count 48 malls within a 90-minute drive of Times Square.

“That same year, the Mall of America opened its doors in Bloomington, Minn., with an amusement park at the center of 5.6 million square feet of retail that eventually grew into more than 500 stores. All told, 1,500 malls were built in the U.S. between 1956 and 2005, and their rate of growth often outpaced that of the population.”

But it doesn’t take an economist or social scientist to understand why these once juggernauts are as likely today to be home to nondenominational churches or community colleges as Hot Topic or Orange Julius. The most obvious, of course, is the growth in online retailing versus in-person shopping. The U.S. Department of Commerce reported last February that consumers spent $601.75 billion online with U.S. merchants in 2019, a whopping 14.9 percent increase over 2018, which saw growth of its own to the tune of 13.6 percent over the previous year.

As startling as that was, it paled in comparison to the adrenaline-fueled gains that were to come, thanks to COVID-19. The Commerce Department reported in November year-over-year quarterly increases in online shopping reached a staggering 44.4 percent in Q2 2020 and 37.1 percent in Q3. Worse, much of this increase wasn’t coming from the sites of brick-and-mortar retailers, but represented existential-level competition from retail titans such as Amazon.

As Stephanie Bedard-Chateauneuf noted for an editorial on CCN.com last fall, the trend isn’t likely to reverse itself in the near term, either. She wrote that analysts predicted the return to pre-crisis levels in offline discretionary retail sales will be gradual. The shopping habits which drove down brick-and-mortar sales in 2020 would not rebound to pre-pandemic levels until 2022, she wrote. As online keeps rolling up market share, that’s time many retailers simply don’t have.

That pace of recovery also assumes the pandemic slows down, as further spikes in cases could delay the comeback even more. Although, in a cruelly ironic twist, NWA ownership said the very pandemic that stoked the fires of many retailers’ demise also drove respectable numbers into the Fayetteville mall during the second half of the year.

“People are starving for the human connection as they have been stuck inside during the pandemic,” Nassim says. “In the late summer and early fall of 2020, as retail stores reopened across the country, we saw large numbers of people returning. We expect this trend to continue and believe in-person shopping will rebound profoundly in 2021.”

Not all malls are struggling. Analysts point to luxe developments catering to upscale tenants generally outperforming less-exclusive properties, as well as malls that have upped attractions and amenities, such as fine dining in place of food courts. Mall design appears to influence shopper preferences as well, with many outdoor, walkable developments outperforming the enclosed model of yesteryear.

“The movement of shopping centers is going from an enclosed, stale environment to an open-air environment that’s more of a lifestyle and a destination,” says Chris Moses, president and CEO of Newmark Moses Tucker, exclusive leasing agent and property management firm for The Promenade at Chenal in West Little Rock. “I’m seeing more outdoor food and beverage, more patios dabbled in with retail.”

“I think Europe got it right years and years ago with some of their open-air markets and food and beverage being on the sidewalk outside with limited seating inside. It’s just a better feel and that’s where I think retail is going. And, it’s not going to be just retail; if you don’t have mixed-use design, the retail will typically suffer.”

The outdoor-oriented Promenade is a unicorn among its peers, having turned in what Moses called, “a great, great year,” anchored by brisk holiday sales. While not immune to market trends (Menchie’s Frozen Yogurt and the bankrupt Justice store sit vacant while Victoria’s Secret is most industry-watchers’ odds-on favorite for Chapter 11 in 2021), Moses is effusive on the mall’s performance.

“While most of our competitors were losing retailers, we gained Urban Outfitters, Sephora, Lush. The holiday sales were solid even in this terrible pandemic.” he says. “We were able to renew some really marquee folks out there, got several other very exciting tenants we’re going to announce soon.”

“One thing we always do when we take over a property is: one, engage with the merchants; and two, promote a safer, friendlier, walkable environment,” he says. “We had that plan in place in 2019, actually in November when we took [Promenade] over. As COVID-19 came in March we were, through dumb luck, ahead of it, beefing up the exterior and really trying to create that walkability and pay real close attention to what our merchants wanted.”

Outdoor malls buck design trends that have traditionally earned traditional malls scorn from urban planners. The boxy monoliths surrounded by acres of asphalt did little to blend in with the neighborhood or make smart use of space including residential and office to go with retail. But it wasn’t meant to be that way. The trend back toward a design that incorporates the outdoors and accentuates a sense of place fulfills the vision of the father of the shopping mall, Victor Gruen.

Fleeing the Nazis in 1938, the Viennese socialist architect eventually settled in Los Angeles where in 1943, he proposed a fully self-contained space of stores, public art and concert halls that he hoped would revolutionize urban design, saving it from the sprawl of suburbia. That vision first came to life in the mid-1950s with malls in Edina, Minnesota and Detroit, however as malls multiplied like kudzu, many of the artistic and community-forward elements were discarded. In fact, Gruen would later denounce his own concept for exacerbating the very problems he sought to solve.

If the Promenade, and malls like it, are any indication, Gruen’s original design ideas were right all along.

“Gimmicks are a fancy way of saying guerilla marketing. We just don’t do them,” Moses says. “From a retailer standpoint, it’s about sales per square foot, and retailers want to go in the centers that promote the highest sales per square foot for their tenants. So that’s always been our angle whether we’re scouting out new tenants to call on or to promote our existing tenants. That’s the mix and the balance that I think you need for healthy retail these days, high-quality assets that thrive in vibrant areas. If we have to use a gimmick, we brought in the wrong asset.

“On the consumer side, we promote the value of an experience that’s high-end, fun and family-oriented. It’s where not only the mother can go to shop, but also her husband and the kids along with upscale restaurants and walkability. That’s what we try to promote, with safety paramount to it all. If you don’t have that, you can’t do anything else.”

The following is a partial list of the stalwart mall retailers that have declared bankruptcy since 2018. Bankruptcies do not automatically mean companies are liquidating, although store closures are often leveraged as cost-cutting measures during reorganization.

The Shows Are On: Arkansas Repertory Theatre Holding Outdoor Series in 2021
May 13, 2021

Reopening Date for Capital Hotel Getting Closer
May 3, 2021
Go to Top
Never Miss An Issue!