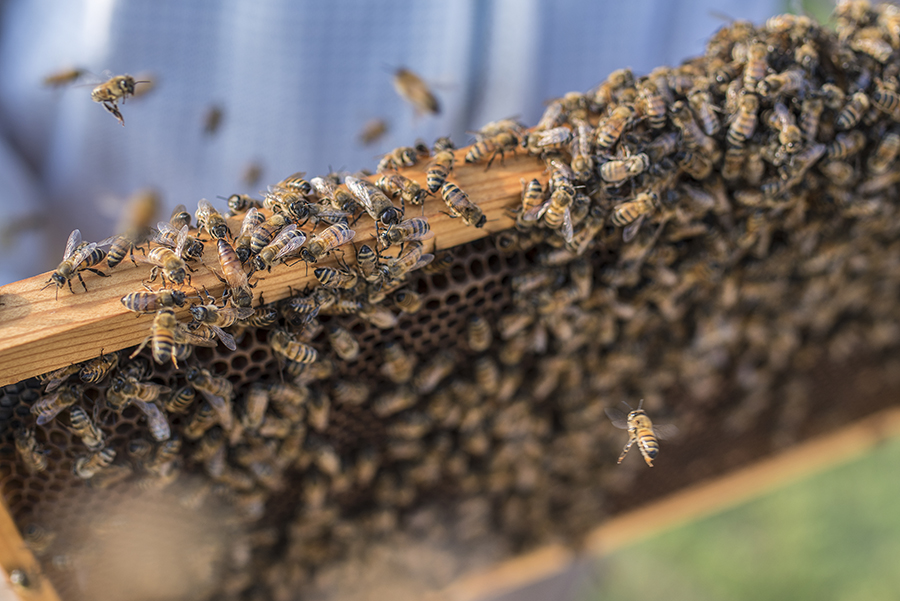 Honey bees are dying, and no one knows what to do about it.

Scientists are worried. Campaigns to save the bees are everywhere, encouraging people to put out sugar water for sickly bees. Cheerios has even included seed packets in their cereals, encouraging buyers to plant wildflowers to help #BringBacktheBees.

Most people have an idea of what honey bees do. The female worker bees go from flower to flower, spreading pollen and thus fertilizing plants. Male drones exist solely for the purpose of reproduction, and the queen rules over them all as matriarch and warrior. Few, however, know exactly why bees are so critical to our ecosystem.

And even though declining bee numbers are widely publicized, solutions aren’t as simple as planting flowers or feeding bees, even though those things are definitely helpful on a small scale, said Jon Zawislak, an agriculture specialist at the University of Arkansas Cooperative Extension Service.

Saving the bees is complicated because the insects are suffering from multiple issues all at once. The first problem is parasites – specifically, the Varroa mite. The mites affect bees like ticks affect humans, leeching blood and often transferring diseases.

New agricultural methods have also negatively affected bees. Pesticides can be poisonous to them, for one thing, but a shift in how crops are grown has hurt them too. America’s crops used to be grown on small family farms that grew multiple plants at once, or at least rotated what was being grown each year.

Now, the country trends heavily towards monoscale agricultures led by massive corporations that grow just one single crop over a huge area. This lack of diversity makes life difficult for bees, who need more than just one source of food in their area to get the nutrients they need, Zawislak said.

Rapid urbanization of previously natural environments destroys bee habitats. Even turning previously unused land into a grassy golf course can be dangerous – golf courses don’t typically have a lot of flowers, and they, like monoscale farmlands, essentially end up as nothing more than “big green deserts for pollinators,” Zawislak said.

So many of these problems are man-made, but barring massive corporate overhauls in farming and urban planning, large-scale solutions to the bees’ decline will be difficult to achieve.

“All these things together have created a situation where bees are just weakening,” Zawislak said. “And it’s driving down their health.”

Still, there are ways everyday people can help.

Planting those flowers is a helpful thing to do, especially if a lot of people get involved, thus creating more havens for bees, Zawislak said. Another way to save the bees – support local beekeepers by purchasing their honey and beeswax products like candles. Although beekeeping is a difficult process and doesn’t directly help existing wild bee populations, bees are adaptive and beekeepers can release part of their bee populations into the wild, where they can build their own hives and survive on their own.

If no changes are made and the bee population continues to decline into extinction, it would have a massive effect on human beings – though not so massive as the Internet claims. A popular quote attributed to Einstein has been circling for a few years now – “If bees disappeared off the face of the earth, man would only have four years left to live.” – but Einstein didn’t say it, as far as anyone can tell, and it also isn’t true, Zawislak said.

Humans would still have food. Grains, which make up a massive part of the human diet across the entire planet, do not require pollination, so breads would continue to be widely available. The real problems would occur with produce and herbs – so the food that still existed would be remarkably colorless and boring, Zawislak said. Achieving good nutrition would be more complicated, but not impossible.

Still, it’s a bleak outlook, and that’s only from a purely human perspective. Factor in how many plants would go extinct and how that would affect the carbon dioxide and oxygen balance in our atmosphere, plus the ramifications for animals that eat bees, and this hypothetical Earth future gets even messier.

Luckily, Arkansas bee numbers, while down from previous years, aren’t yet at unhealthy levels, Zawislak said. But as the bees continue to disappear, the issue becomes increasingly critical – just how can we #savethebees?