Despite Emily Brown’s training as a special education teacher, there was one student who baffled her the most. Her own daughter.

Millie Brown was an infant who hated books. She didn’t want to pat the bunny; she didn’t want to tell the moon goodnight, and she sure didn’t want to have anything to do with any hungry caterpillars. Emily thought it might be a power struggle and hired teenage babysitters to read to her. Same outcome. Millie would throw any books read to her across her pink-hued girlie bedroom in their Pleasant Valley home. And this was before the age of one.

Then other things popped up behaviorally and physically that worried Emily as Millie attended preschool and beyond. The chronic migraines. The near defiance of learning to read. “With the headaches, I was convinced she had a brain tumor,” Emily recollects. She urged the pediatrician to order a diagnostic test to see if her hunch was right. The doctor ordered magnetic resonance imaging. Nothing. Those trips to the nurse’s office at her private school continued. And then Emily heard something that stopped her in her tracks.

This, from a second-grader on the second week of school. Emily wondered what was going on. She did what any parent would do — she went on a mission to find a solution for her only daughter.

Six-year-old Millie Brown was screened and diagnosed a “classic dyslexic.” An online dictionary defines it as “a general term for disorders that involve difficulty in learning to read or interpret words, letters, and other symbols, but that do not affect general intelligence.”According to Yale University, “one in five American children has trouble reading.” But Millie was experiencing more than just proverbial “trouble.” Her brain wouldn’t process the words to let her read. Those pat the bunny books? She was seeing floating letters which, according to Emily, “is not a common” characteristic. 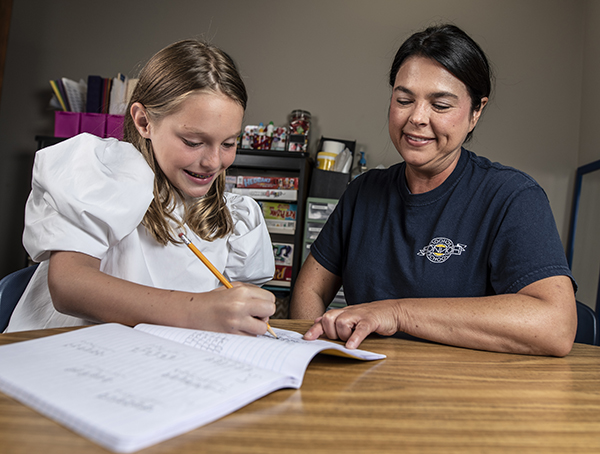 By this point, Emily and her husband, Mark, had shelled out more than $25,000 at two different schools that specialize in helping students with learning disabilities but weren’t seeing any progress. “Certain private schools do have dyslexic interventionists but some forms of dyslexia need every day, all-day training, not just extra time for a test. It is critical to treat it,” Emily says.

Emily went to work finding a solution and found a school in Dallas, Texas, a city where she was once a special education teacher. The school she discovered, the Shelton School, remediates reluctant and non-readers.  She was planning to live there with a friend and send Millie for two years, until someone from Little Rock asked if she had heard about the Hannah School which is in her own backyard. Emily couldn’t believe there might be help locally. She was desperate to help Millie. So she showed up at the home of the Hannah School founder with baked goods. This is the South. Baked goods are the most convincing tools of persuasion a desperate mom could offer.

This was in the summer of 2018. Just 13 months ago. Millie Brown could not read, had terrible unrecognizable penmanship and was terribly frustrated that she couldn’t unlock the very thing you’re doing with the perusal of this article.  Emily says, “If you don’t learn the sounds in an explicit order you won’t learn how to read. Reading has to be taught in a systematic order.” Now Millie is thriving as a fourth-grader with beautiful, legible handwriting and an ability to read and understand. Plus, mom Emily figured out something about herself during this time, “dyslexia is the No. 1 genetic learning disability.” She deduced she was dyslexic and upon talking with her own parents, her father, a retired engineer with the railroad, is dyslexic. Since Millie’s diagnosis, Emily had her son evaluated and at age 13, son Payton is dyslexic as well. 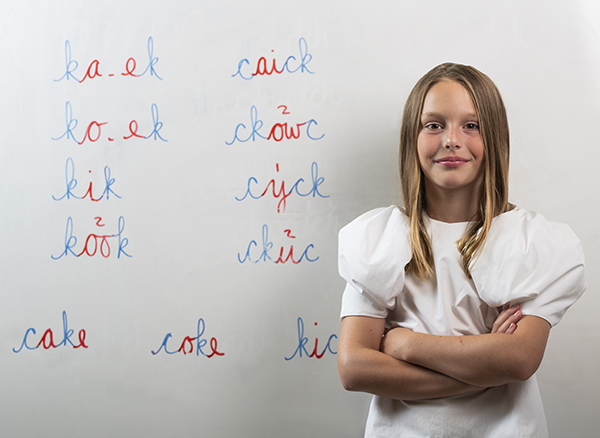 Now Emily is on a mission. Check out her social media, and you’ll see she’s not talking about the cute trends for fall in regard to fashion (she owns Tulips, a boutique in the Heights), but she’s quoting statistics about how our prisons are full of dyslexic adults and Arkansas high schoolers can’t read. She can quote any stat about any school district’s tally of students who can and cannot read. Yes, we are looking at high schoolers, a good number of them, who cannot read well. She says, “83 percent of 10th-grade children cannot read at grade level.” She also says that parents need to address their children’s struggles with reading early because, by the time they are taking the ACT test and trying to get into college, they are often overwhelmed with their illiteracy. She says, “Kids who dream of getting into all of these colleges — they discover they can’t read. Yes, your kids can listen to audiobooks, but they can’t work at their job just listening to audiobooks, because reports aren’t posted in audiobooks.” Another reminder of how important reading fluency is.

These are the things that motivate her to press on. “Arkansas is [now] a leader of literacy,” Brown says of what the Arkansas Senate General Assembly Legislature passed in the spring.  It is known as the “science of reading law.” It requires teachers to follow the R.I.S.E. Arkansas (Reading Initiative for School Excellence) guidelines, and she sees a bright future for those who once were in the dark when it came to one of “the three Rs.”

Melissa Hannah didn’t set her sights to open a school to remediate children with dyslexia, but the need was there. The Hannah School humbly started as a homeschooling program several years ago to assist some students who struggled with reading. The garage where she taught is in the rearview mirror now as she and her partners are in a building in west Little Rock and looking for a permanent home. Hannah says her school is the only “school [in Arkansas] solely devoted to dyslexia.” She is not wanting to educate your child for 12 years. She says she can do it in two and then mainstream the students back to their school of origin.

Besides the Hannah School, there are other schools dedicated to children with learning differences. Many private schools offer services for students who have been diagnosed or struggle with reading and other subjects. Little Rock Christian Academy has a dedicated learner services program, and the Baptist Preparatory School has its SOAR program to accommodate the needs of students dealing with learning disabilities.

But how does a parent figure out if his/her child has a reading or learning disability? The Department of Education works diligently to diagnose and remediate children with learning disabilities. It is state law to screen all students for dyslexia in grades K-2 and later if the student shows a need. There are three levels of screening. The state has a link for parents to help navigate this journey.

The instructional paths differ between the way the State of Arkansas provides remediation and the way a private school or homeschool might do it. Regardless, experts will tell you that early intervention is key. Talk with your school’s principal about services for your child.

According to dyslexia.com: “While dyslexic children do not merely ‘outgrow’ their early learning problems, many do overcome them. Thus, the specific symptoms or problems identified early in life may no longer exist in adulthood, and therefore would not be measurable. A dyslexia adult who has learned to read well is still dyslexic – but has acquired the skills that were once difficult.”

• Guessing, skipping or replacing words instead of sounding out

• Reading  below grade level or peers 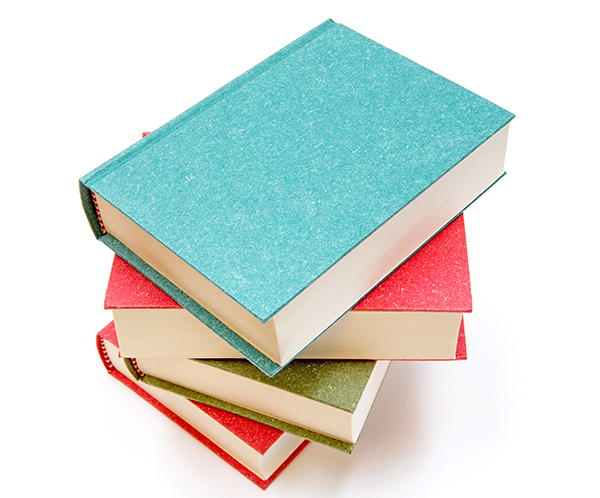 • Difficulty with organization and time management

• Letters on a page appear to move, appear “blurry” or “out of focus” * 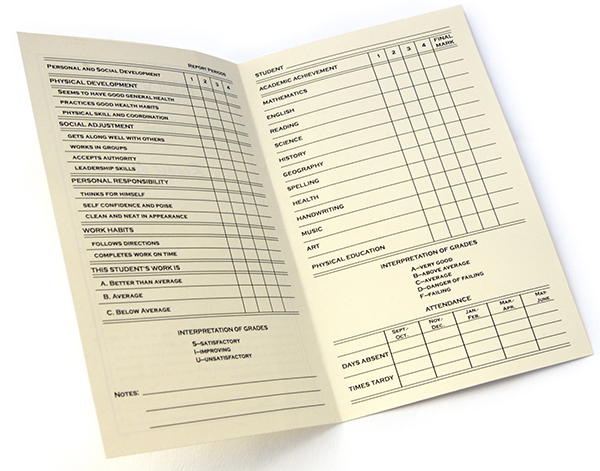 • Confusion of left and right 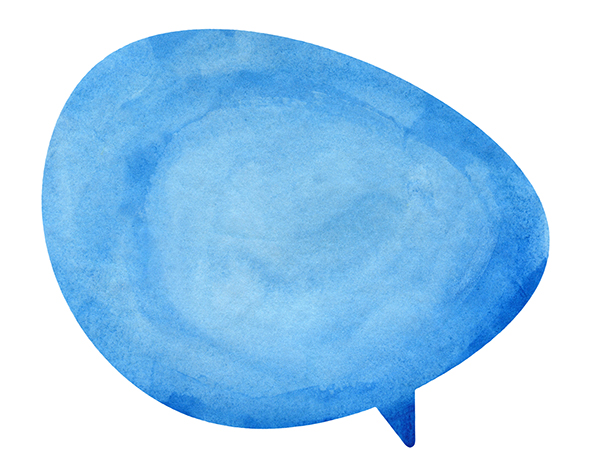 • Omitting sounds or letters when reading and writing

*Note- Dyslexia is not a vision problem, but these symptoms may be how dyslexic children try to communicate about their struggles.

According to the University of Oxford, the term “dyslexia” was coined in the late 19th century by a German ophthalmologist who recognized patients who had no vision problem yet couldn’t read the printed word. Another German physician coined it “word blindness” because these people “got along well” in all subjects but reading. There is no question on the patients’ intelligence just their ability to read.

A diagnosis should never define a person. The following is a list of celebrities, politicians, artists, scientists and athletes with dyslexia. These people had obstacles to overcome yet were able to shine in their professions.

These people were often labeled “lazy” or “disruptive” in the classroom but out of the classroom, look at what they have accomplished. Dyslexia isn’t a death sentence, rather for these, it was a life-giver. It gave them a name for something they had that made them different. And their differences helped them soar.

Elizabeth Speck-Kern, Ph. D. is a neuropsychologist in Little Rock and deals with dyslexic patients every day. Her profession diagnoses learning disabilities, but your local school counselor should be able to provide an assessment as well as speech-language pathologists. Dr. Speck-Kern recommends talking to your child’s pediatrician about a child who isn’t reaching milestones and in later years might be having trouble in school. She cautions parents not to jump to any conclusions with a 4-year-old who isn’t reading. She says, “The literature says we shouldn’t teach them to read until they are seven. They should be playing with blocks and when teachers are pushing reading, it causes more problems and anxiety.”