Deep in the Heart of Arkansas: Farm Fresh Bucket List 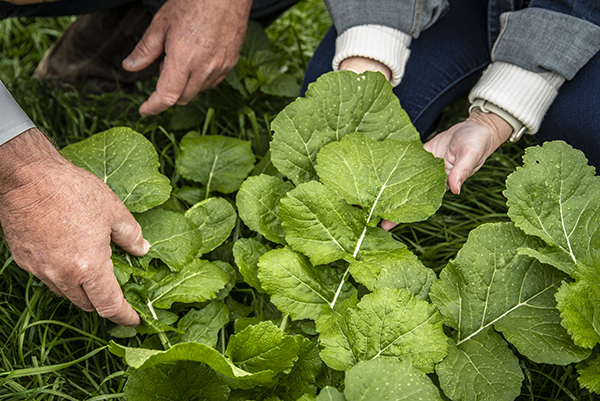 Blink and you will miss the gravel road that leads to Rabbit Ridge Farms, a plot of land that is now home to a plethora of responsibly raised animals, along with a 15,000-square-foot event center. Operated by the husband-and-wife duo of Angela and Alan Mahan, the farm sits just 30 minutes north of Conway and has a long history — one filled with many twists and turns.

“My grandfather settled a portion of the farm in the early 1900s. He moved there because of an issue he had with his neighbor who killed his prized coon dog,” Alan says. “He traded the land he lived on for a pregnant mare, moved to Rabbit Ridge, birthed the foal, and re-established his farm. He was a subsistence farmer and basically grew everything he needed to eat. He even grew the tobacco that he smoked and chewed.”

The next generation took the farm in a different direction.

“My father then bought some of the land on the farm in the early 1950s,” Alan goes on to say. “He and my mother established a Grade A dairy farm where we milked cows until 1986. I was fortunate to be able to purchase a piece of the farm around 2000.” 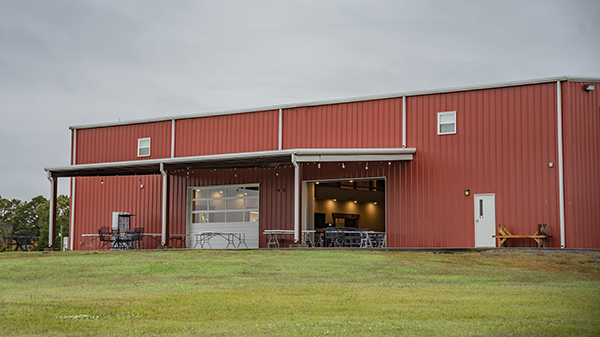 Alan would bring a commercial cattle herd onto the land, and with it, eventually some other big changes. “We made a conscious decision to make a change in 2014 that would be better not only for our family but also the animals, the land and our customers. During my grandfather’s time, he grew cotton, which left the ground severely depleted. During my father’s time, everyone was in the dairy business. I feel like I have a responsibility to build back the soil and heal the land with the use of livestock and pasture-based protein production, all while reducing carbon emissions.”

But the Mahans envisioned doing even more with the farm, and that included coming up with a way to bring people out to their little slice of heaven. In 2017, the two broke ground on the two-story event center with a full commercial kitchen that now plays host to all sorts of functions, including weddings, special dinners, and breakfasts and lunches where folks from all around the countryside come to eat. There are even rooms to rent on the top floor for those looking to have a weekend getaway. 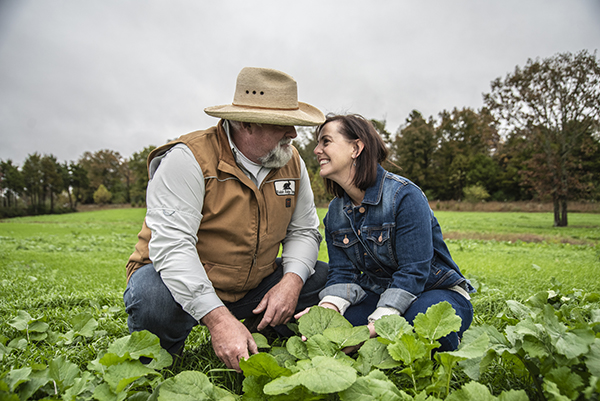 Striving to enhance the experience for visitors, the Mahans constantly look to make improvements at Rabbit Ridge Farms. “We just celebrated our third anniversary and are looking to add sunflowers, strawberry and pumpkin fields, and a walking path for guests to easily roam the farm,” Angela says.

And while all of this is critically important to building relationships and a sense of community, the foundation of Rabbit Ridge Farms is raising cows, chickens and pigs in a transparent manner, and, once processed, selling these products via their online store, at local markets like Me & McGee, and directly from the farm’s store. Doing so is a long, tedious process, but one with true benefits for both the farm and customers.

“We have always emphasized transparency, which translates into trust,” Angela says. “We are a farm that allows visitors and openly shares our farming practices. This sounds simple, but it is not the norm for commercial farms. We also regularly share our practices through our social media outlets in order to educate and to form trust with our customers who are unable to visit the farm.

“We raise the animals right here at Rabbit Ridge. They then go to a small-scale, USDA-inspected processor in Arkansas and the meat is distributed directly from our farm to your home.”

These meats — with items like whole chickens, thick, center-cut pork chops and New York strips — are also showing up on local restaurant menus. The Root Café, Mockingbird Bar and Tacos, Table 28, and Brave New Restaurant in Little Rock all use their meats, as does Conway’s WunderHaus. Rabbit Ridge Farms is even in the process of expanding to Northwest Arkansas. Away from restaurants, at-home customers flock to the online store for popular products like ground beef, chorizo, pork jowl and Canadian bacon, as well as miscellaneous items like the farm’s own barbeque sauces and irresistible house-made bacon jam. One bite and you will be hooked — and given everything that has gone on in the world over the past several months, knowing where your meat comes from, how it was raised, and the steps of it getting from the farm to your table is more important than ever before. For the Mahans, it is also personal. 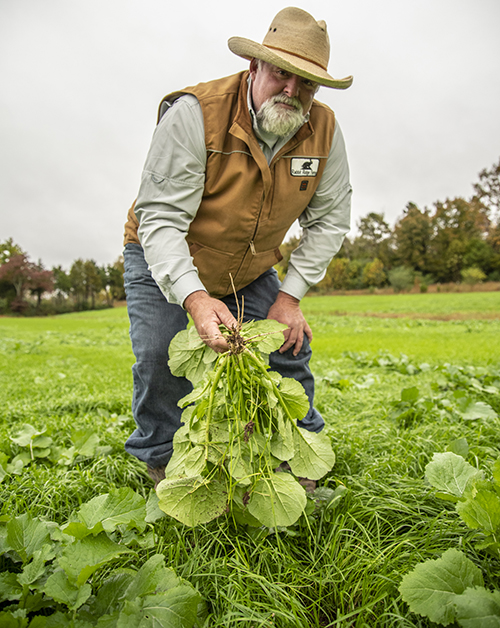 “We do our very best to establish personal relationships with everyone who connects with our farm, whether it is a person who comes to the farm for a meal or one who orders meat from another state,” Alan says. “At the beginning of the pandemic, stores would be completely out of meat, and there were shortages that highlighted how vulnerable the highly commercialized food system of America actually is. It doesn’t have to be that way.” And it certainly was not that way for Rabbit Ridge Farms loyalists.

“None of our customers went without meat, and our prices haven’t fluctuated throughout the pandemic,” he says. “Whether you are enjoying meat at our breakfast, seeing our meats on a restaurant menu, or having it shipped to your home, we want the customer to have confidence that what they are eating was raised in a humane way and with methods that regenerate the soil. We do that by building personal relationships.”

Their passion is palpable, and the love for their customers and the community is genuine.

“We are passionate about building community through food,” Alan says. “We care about the food we grow because we care about the people who are going to eat it. We love educating our community about how their food is raised and bridging the gap between our farm and your table.”

And if you do not believe them, go check out the farm for yourself. It is located in the upper-middle portion of the Natural State, easily accessible and not far from any corner of Arkansas. Just make sure to come hungry. While you are there, make it a point to spend a few minutes with Alan and Angela. If you can’t find them, then no worries — they will find you within a few minutes. Their warm, downhome personalities are part of the magic that is Rabbit Ridge Farms. 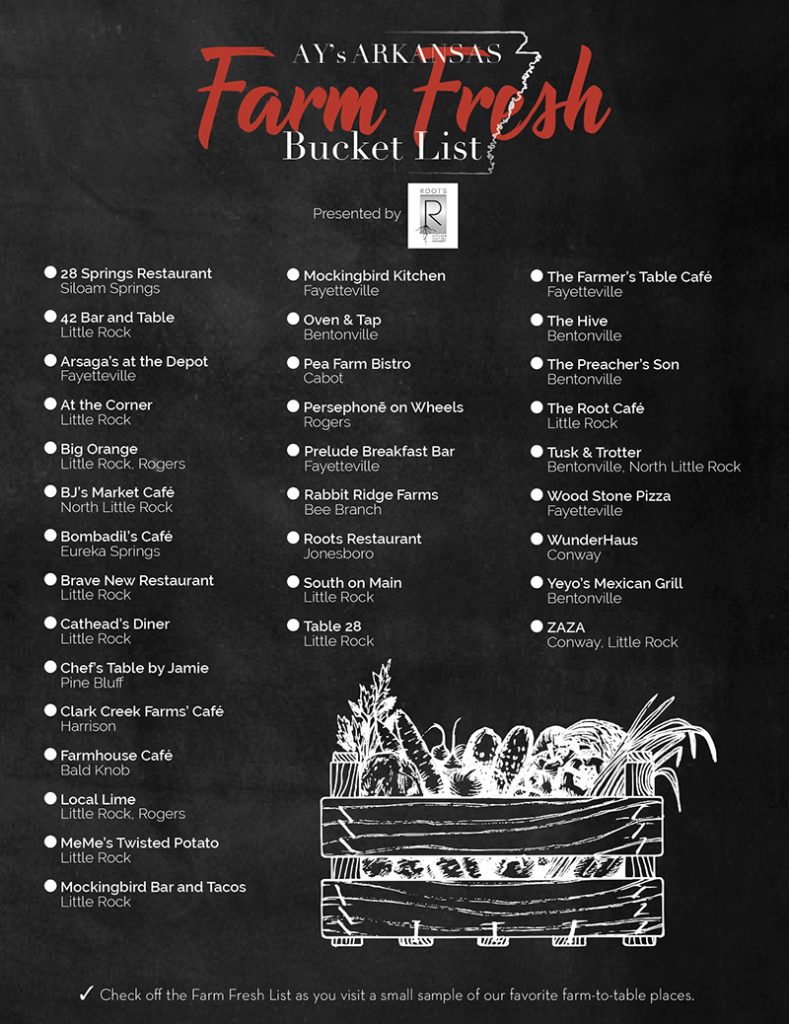