Delectable Slices of the Natural State 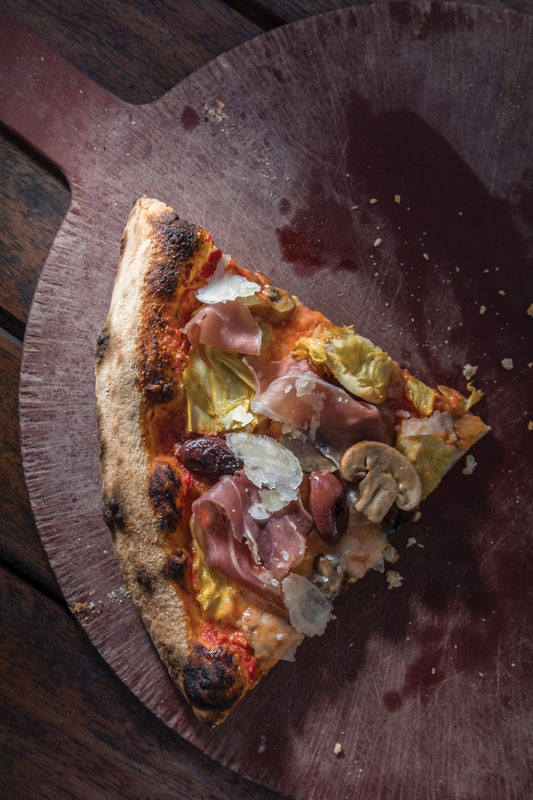 Arkansas, unlike other destinations around the world, is not known for a singular style of pizza. From corner to corner of this state, you’ll find all sorts of variations on the classic flat tomato and cheese pie — from the thinnest of crusts at places like Iriana’s to the thick, biscuit crusts of Rod’s Pizza Cellar. The sauces vary, too — thin or chunky, spicy or mild.

Here are eight slices you need to try across the state.

Steffey’s Pizza
Double-crusted and dusted with cornmeal, this thick and heavy beast is cooked in a cast-iron skillet, and it’s enough for a family and filled with your choice of items. The Steffey family moved here from Pennsylvania, where their pizzeria had already earned renown.

Tommy’s Famous… A Pizzeria
Tommy Miller moved to the Ozarks after a career that included being a bodyguard for Elvis Presley. His family still makes the irresistible pizzas on Detroit-style crusts with a hybrid smooth Chicago sauce. This particular pizza weighs 5 pounds and comes topped with ham, sausage, pepperoni, bell peppers, mushrooms, pepperoncini

peppers and both green and black olives.

The Plow the Garden

Iriana’s Pizza
The Sweep The Floor (Iriana’s meat version of a supreme) is better known, but the combination of zucchini, peppers, onions, black olives, mushrooms and tomatoes atop a perfectly-spiced cheese blend on a super-thin crust satisfies. A slice at lunch is a phenomenally good deal.

Damgoode Pies
While The Underdog has received national praise, this artichoke, mushroom and tomato pizza has one over on it — it may be the best “next day” pizza in the state. 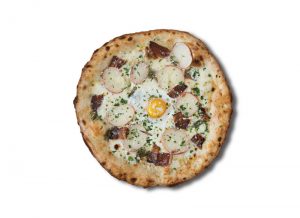 Get it as a stuffy (double crust) with pink sauce. You are very welcome.

Oven and Tap
O&T’s woodfired oven burns hot enough to fry an egg — directly atop your cracker-crisp pizza. This particular pizza, which is topped with arugula and a fresh farm egg, will have you thinking twice about the marvelous idea of breakfast for dinner.

DeLuca’s Pizzeria Napoletana
Fresh basil and a bright sauce against smooth mozzarella on that thin, crispy hand-thrown crust make for a remarkable pizza experience. Call ahead and reserve your dough — DeLuca’s runs out every day they’re open.

Nima’s Pizza
A full day’s advance notice is required for this pie, where pepperoni and mushrooms lie under the cheese, which is then topped with “tulips” made from five-cheese balls stuffed into pepperonis, which are then stuffed into sautéed mushrooms. This pie came in second in the world at the World Pizza Championships, and for good reason.

ZaZa Salad + Pizza
Loaded with Kalamata olives, artichoke hearts, prosciutto and roasted mushrooms served up either in their proper seasonal quadrants or mixed together for maximum effect, this inspired classic, which is fired in an 800-degree oven, is best shared with a good friend.