Delta Through the Decades Deux – Selections from the Collection 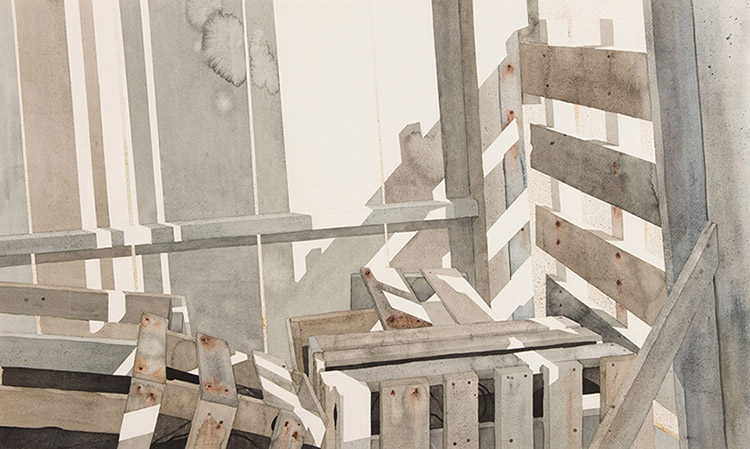 By Caleb Talley | Images provided by the Arkansas Arts Center
The Mississippi River Delta region of Arkansas has had a long, lasting impact on arts and culture not only in the state, but in the entire nation. The region is most celebrated for its contributions to music throughout the last century, but its contribution to modern art is more than deserving of high praise.
Throughout the month of October, the Arkansas Arts Center in Little Rock will highlight some of these incredible contributions to the arts in an exhibit entitled Delta through the Decades Deux: Selections from the Collection. In this exhibition, Arkansas Arts Center curators have reprised works previously featured in the Annual Delta Exhibition, pieces that have entered the center’s collection. 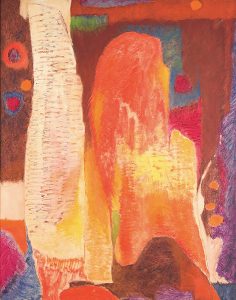 The Annual Delta Exhibition was founded in 1958 to feature the finest two- and three-dimensional works by Arkansas artists, providing visitors with a snapshot of the contemporary art scene from the Mississippi Delta region. The exhibit has long reflected the region’s traditions of observation and craftsmanship. These traits, combined with an experimental approach to subject matter and an inventive use of materials, make for an exceptional contemporary exhibition.
The collections have since grown to become the preeminent juried regional art exhibition. Past jurors have included artists like Will Barnet, Richard Diebenkorn, Robert Gwathmey and James Surls; directors and curators of such art museums as the Whitney Museum of American Art, the Guggenheim Museum and the San Francisco Museum of Modern Art; and writers for such leading arts publications as Saturday Review, The New York Times and New Criterion. 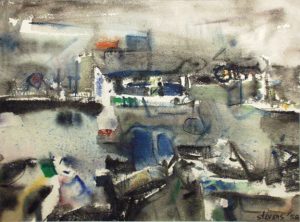 Some of the works that were previously featured in the annual Delta exhibit make up the current display. Nearly all of the works included in this year’s exhibition are winners of various awards, such as Nancy Nooter’s Big Cat and Walter Hollis Stevens’ Night River City, which won best graphic and best watercolor, respectively, in the very first Annual Delta Exhibition. Many artists have credited their acceptance into the Delta Exhibition as validation of their work and gave them the confidence to pursue a career in the arts.
Delta through the Decades Deux is a recapitulation of a previous exhibit put on display at the Arkansas Arts Center in 2012.
“Delta through the Decades Deux is a reprise of an exhibition we first held in 2012 called Delta through the Decades: Selections from the Collection,” says Brian Lang, chief curator and Windgate Curator of Contemporary Craft at the Arkansas Arts Center.
“Both exhibitions have allowed us to highlight the impact of the Delta exhibitions on the growth of the Arkansas Arts Center Collection,” he adds. “Delta though the Decades Deux features a selection of works that, for the most part, weren’t in the first iteration in 2012. So, most of these works haven’t been shown in some time, particularly the works on paper.” 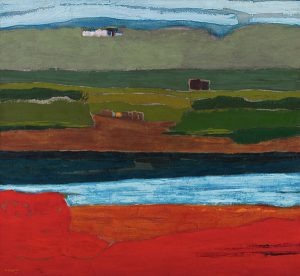 View of Natchez by Sidney Garrett 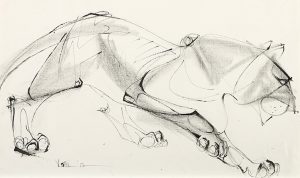 According to Lang, the exhibition has garnered much attention as a result of the popularity of the Annual Delta Exhibition. “The Delta brand is recognizable, and visitors always enjoy the opportunity to see works that have appeared in previous exhibition – even more so now that the 60th Annual Delta Exhibition is closed,” he says.
The exhibition will be on display at the Arkansas Arts Center until November 4, and it is free to the public. Lang believes anyone who makes their way out to see the displays will be glad they did.
“Visitors will see the same high quality of work that they’ve come to expect from every Delta exhibition,” he says. “Included in this exhibition, they’ll see the work of three important local artists: David Bailin, Warren Criswell and George Dombek, all of whom have been featured in the Delta many times and often cite the Delta as an important affirmation of their work. 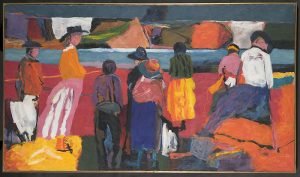 Beach at Arrábida by Robert Bailey

“I think viewers will really see the continued ingenuity of artists working in this region,” Lang adds.
Of all the works on display at Delta though the Decades Deux, Lang says his favorite is one of the most acclaimed.
“It’s hard to pick a favorite,” he says. “But I think I would say Nancy Nooter’s Big Cat. Her effective use of line and shading is wonderful.”
RELATED: Independent Vision Modern and Contemporary Art from the Martin Muller Collection