Despite Pandemic, Go!bbler Waddles on for Tenth Season 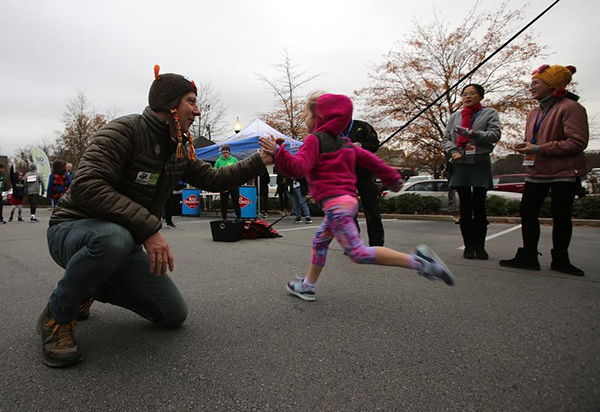 The tenth installment of The Go!bbler Run will come off this Thanksgiving, albeit in a virtual format. Founder Gary Taylor, who owns Go! Running in Little Rock’s Heights neighborhood, said he couldn’t bear to put runners in harm’s way, but he also couldn’t bear to deprive the many people who benefit from the food-and-fundraising run.

“In the last two to three years, we’ve collected food and money to equal somewhere between 12,000 and 15,000 meals per year,” Taylor said. “Arkansas Foodbank tells us it’s one of their biggest food drives of the year and it’s right when they need it. It isn’t so much that the Foodbank caters these big Thanksgiving dinners, but it’s just this time of the year where food is scarce, it’s cold and more is needed.”

Taylor founded the Go!bbler after fielding multiple phone calls from out-of-towners wanting to know when Little Rock’s Thanksgiving run was and hearing their incredulity over the fact that there wasn’t one.

“People started calling us saying, ‘Hey, where is Little Rock’s Turkey Trot?’ We were like, well there isn’t one,” Taylor said. “They’re like, ‘You’re kidding. Every major city has a Turkey Trot.’ You hear that enough and so I said, ‘By God, we’re going to have one.’

“We thought we’d have 50 or 100 of our friends show up on Thanksgiving morning. We said just bring us a can of food and we’ll take it to the Food Bank on Friday or Monday. I think the first year we had something like 350 or 400 people show up. Just blew us away.”

Things mushroomed annually from there. The next year Taylor asked the Foodbank to provide a van for the haul of food donations, so heavy it nearly blew out the van’s suspension. In years since, a truck was provided and most years, participants fill that to capacity too.

“And 350 or 400 runners has become well over 2,000 runners each year in the last few years. It’s just taken on a life of its own and it’s amazing,” Taylor said. “I’ve got security cameras outside now and I will not be surprised if I jump on the security cameras on Thanksgiving morning [this year] and there’ll be people out here.”

Given this response it’s somewhat surprising to hear Taylor insist the decision to go virtual with the 2020 race wasn’t a difficult one to make, nor did he waste a lot of time making it.

“I don’t remember what month it was; any race you do, the real planning starts two or three months out,” he said. “So, I’m sure at some point this summer I just went, ‘Ahh, it’s just not happening.’ Tracking COVID numbers, they’re doing anything but going down. If you’ve ever seen what The Go!bbler looks like with 2,200 standing around a small parking lot, you want to talk about super spreader event. There was just no way.” 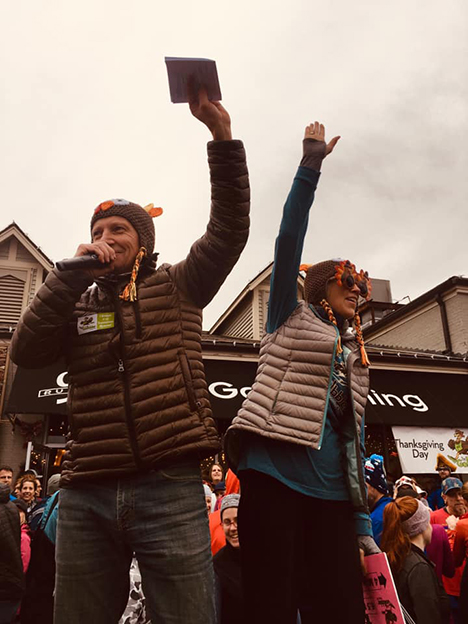 The Go!bbler may have been down, but it wasn’t out. Taylor jumped on the virtual race bandwagon whereby participants agree to run a distance on their own instead of in the company of other runners. All runners who compete are eligible for prizes this year.

Taylor said it remains to be seen what the final headcount will be, but said generosity toward the cause hasn’t abated with the pandemic.

“Knowing that it’s not going to be as fun to do a virtual, we probably won’t get near as big of a registration, but with our online donation feature, people can go ‘We can’t go this year and bring the food out. Let’s just give $10, $15, $20 or whatever and see if we can help out,’” Taylor said.

“The truth is, that money goes a lot further than the cans. The Foodbank can turn $1 into five meals. This year, online, we’re already up over last year’s cash donations at $565, so we’re already at 2,500 meals.”

Those wanting to donate actual food items can do so at six locations around the city: Go! Running at 1819 North Grant Street; UAMS sites at 600 Autumn Road, 2 Shackleford Road and 10815 Colonel Glenn Road; Little Rock Athletic Club at 4610 Sam Peck Road and Little Rock Racquet Club at 1 Huntington Road. Donations will be accepted Nov. 21 through 25. 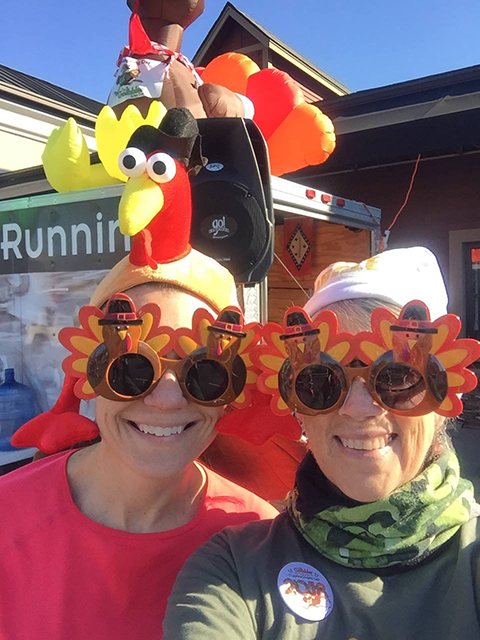 Taylor said he hopes the combined haul of cash and food donations breaks all previous records, but even if it doesn’t, he’s pleased to be able to continue to contribute to a worthy cause while keeping people safe.

“People are still running, [COVID-19] is not going to stop people from running,” he said. “Runners are a crazy bunch and they just kind of have to do it. In the shop we have two different kinds of people and I don’t think it’s at all political. One group is like, ‘I don’t understand why people need to run together. Why are they doing this?’ And the other people are about, ‘I can’t believe we can’t do the run. Are you sure we can’t do the Go!bbler?’

“It was a tough decision to not have it because we all love that morning, but there was no way. On the other hand, we can still do what’s important.”