Cooking Style: “I’m classic-trained, but I definitely am Kamikaze. I grab from everything and I put them all together as one if I need to.“

Secret Weapon: “Definitely one thing that I bring to the competition that is a huge support for me, is having my

mom and my family there.“

en years ago, Todd Gold, dean of the University of Arkansas-Pulaski Technical College Culinary Arts and Hospitality Management Institute, had a small goal when he created the Diamond Chef competition: He wanted to bring exposure to the school’s culinary department and help raise funds to purchase small cooking wares and equipment for students. Ten years later, with the help of the University of Arkansas Pulaski Technical College Foundation, he has helped create, and sustain, one of the top food-focused fundraising events in Arkansas.

The first Diamond Chef competition was held in the Peabody Little Rock Hotel ballroom. “It was a seated event for about 400 and we had a preliminary competition about eight weeks before the main event that took six chefs down to two,” says Gold. Each chef is given a basket with mystery ingredients and they must make the best dish they can to win the competition. At the first event the two chefs with the highest scores competed for the title of Diamond Chef Arkansas. The first year’s winner was Donnie Ferneau, who is also this year’s reigning champion.

Donnie Ferneau is a well-known culinary institution around Little Rock. Having spearheaded popular restaurants such as Ferneau, Rocket 21 and Good Food by Ferneau – he was most recently named the executive chef at the exclusive 1836 Club (formerly the Packet House Grill).

“I was the first winner of Diamond Chef Arkansas and it was a lot of fun and unexpected,” he says. “I got to compete against a friend of mine, Chef Andre Poirot. I respect him tremendously and so when they said my name as the winner, I was as surprised as anybody else in the room.”

Ferneau returned to the competition last year and brought home the win with thinly sliced, braised and pan-fried rooster testicles. “I didn’t know what they were. I was making my own version of chicken nuggets, if you will, and served it with a chicken heart,” says Ferneau.

Since 2017 marks 10 years of the Diamond Chef competition, Gold and his fellow organizer, Vice Chancellor of Advancement and Executive Director of the Pulaski Tech Foundation Shannon Boshears, decided to up the stakes. “Normally we only have six chefs competing head-to-head and then we have one winner,” says Boshears. “But this year we will have the six chefs go head-to-head, we’ll take the top two scores and then they’re going to compete against Donnie.” The high-stakes, high-pressure finale will be the last three chefs, fighting it out for the Decade of Diamond Chefs champion title.

This year’s competition will be held for the second time at the school’s state of the art Culinary Arts and Hospitality Management Institute. “Not only do we get to show off our facility which is one of the best in the United States,” says Boshears, “but it took the event from a sit-down plated-dinner to a stand up, very high action mixer. At the culinary institute, we have something going on in every room on two floors. We’ll have our VIP room for our major sponsors. We’ll have our ‘Diamond Chef in the Rough,’ which is a kid’s cupcake decorating contest in one of the rooms. We will have a silent auction in one room and another room will be a selfie station for photos. In one room, we actually have people teaching how to fold a fitted sheet and how to create towel origami.”

For this year’s event the organizers anticipate more than 600 attendees. Boshears said the school has come to depend on this event to help financially support Pulaski Tech. “People think we’re state funded, but we’re not,” she says. “It’s wonderful to see the community show up and support us. We’re lucky to be able to have a facility we can show off and show people that we’re one of the best schools in the nation.”

For chefs like Donnie Ferneau, competing and supporting Diamond Chef is more than just showing off his culinary prowess. “It’s high stress. You’re in a glass fishbowl and everybody’s got their faces pressed up against it,” says Ferneau. “But the school is important and it’s important to me personally. My sous chef, Amanda Ivy, is a recent graduate of Pulaski Tech so it means a lot to her and if anything else, it gives the other chefs experience.”

Culinary institute students are always involved in the event and will help plan and cook the food for attendees. This year one student will also be assigned as the second sous chef in addition to the sous chefs that the participants bring with them.

“I’ve got some serious intention with this one so whoever is going to beat me – they’re gonna have to be good,” says Ferneau. “They’re going to have to bust out all the stops. Now watch me go and burn my main dish.” 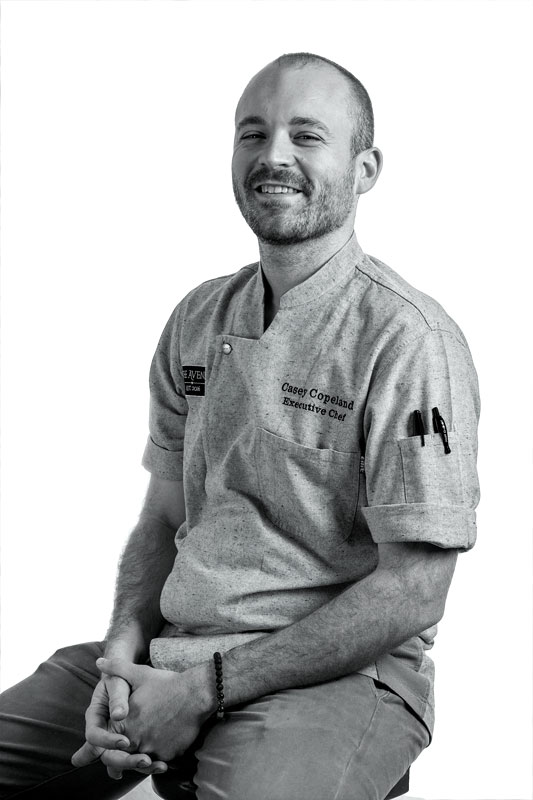 Casey Copeland
Executive Chef/Operator at
The Avenue in Hot Springs

Cooking Style: “I don’t have a specific style, I have always enjoyed cooking everything,” says Copeland.

Secret Weapon: Chef Copeland is adept at making the most of whatever he’s given. “Most of the kitchens throughout my career weren’t properly stocked so I learned to just wing it,” he says. 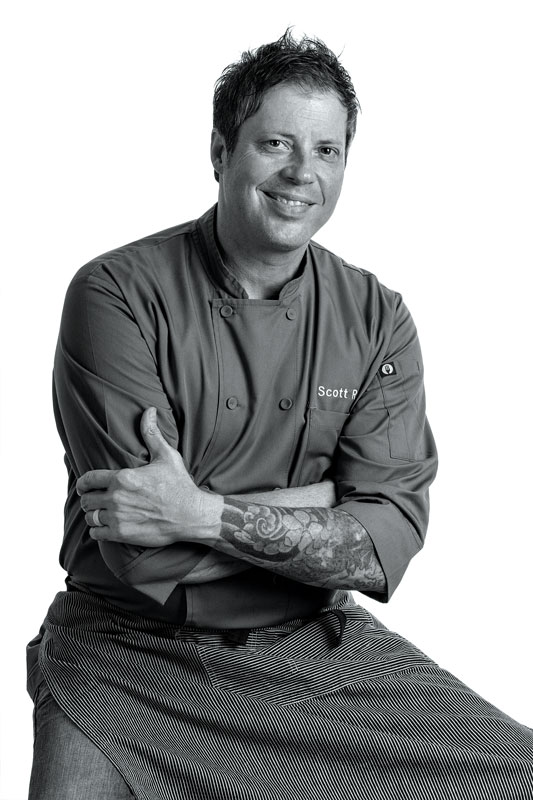 Secret Weapon: Chef Rains is left-handed. “The same side my heart leans to,” he says. “I’ll be cooking from heart like I always do – that is my ‘soul’ food inspiration.” 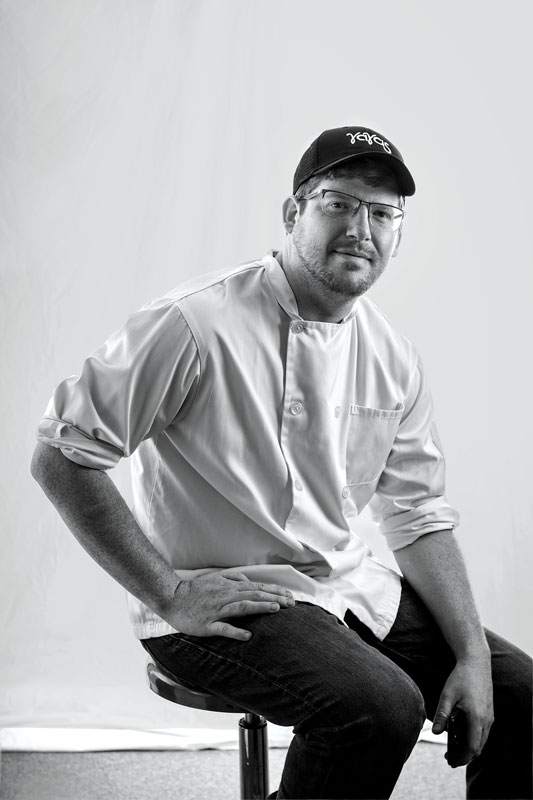 Secret Weapon: “I just got a new toy,” says Buchanan, “a Cryovac and an immersion circulator. I’ve been doing a lot of sous vide. It’s going to be fun.” 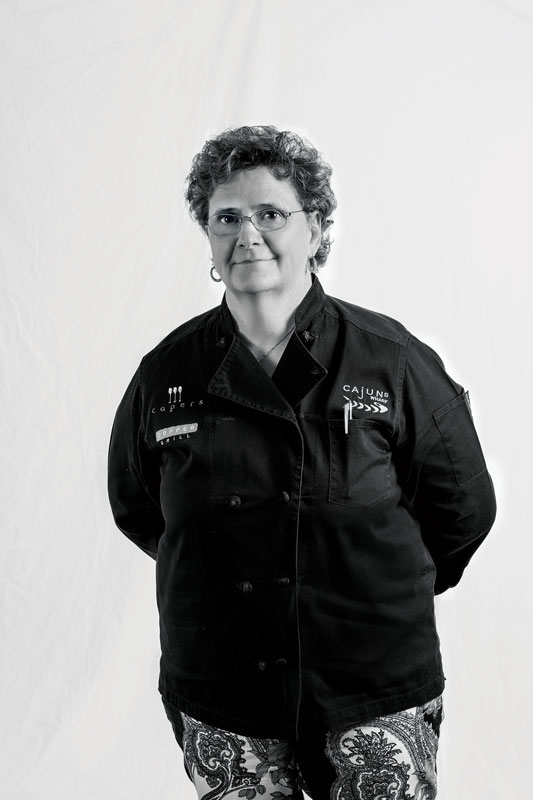 Cooking Style: Chef Ringgold’s cooking goal is to cook with seasonal ingredients and the freshest ingredients can get.“I also cook a lot of seafood,” she says. I like to cook layered recipes, but not sure I’ll have time for that on diamond chef.”

Secret Weapon: “I have not put together my box of tools yet,” she says, “but there will be at least two 8-inch chef knives and a boning knife.” 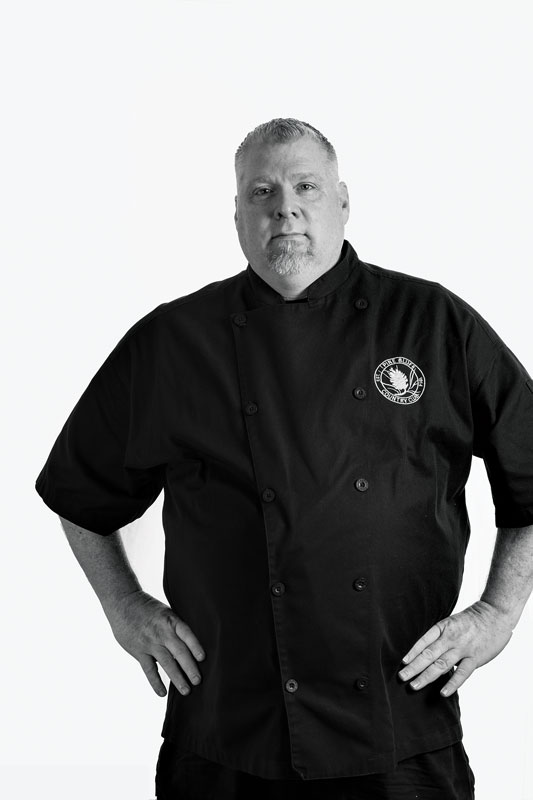 Cooking Style: Carter says he cooks the food he grew up eating. “I went to school to learn how to make it better and beautiful,” he says.

Secret Weapon: “My knives and knife skills. I wouldn’t be able to cook if you took my knives away from me,” he says. 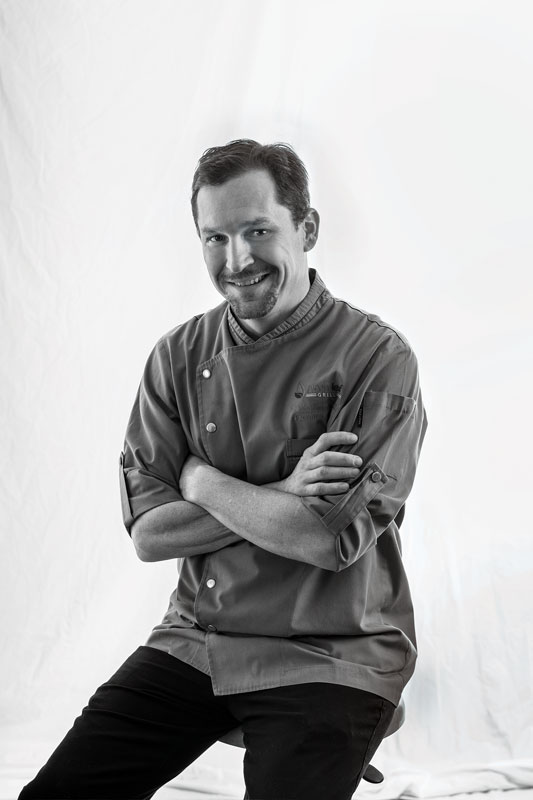 Secret Weapon: Chef Douglas can’t cook without his chef’s knife. He is also energized by cooking for his favorite guests, his wife Kendria and sons Maddox and Liam. His family fuels his drive.