Hot Springs’ Belle Arti has been dishing up classics in a cozy space for 15 years.

[dropcap]Penny[/dropcap] and Joe Gargano met when they were both trying to buy the same restaurant in New York City more than 20 years ago. That life-changing event was kismet, proving that they would spend years in the restaurant business together.

The unexpected part is that the restaurant would be located in Hot Springs, Arkansas.

In June 2000, they purchased Belle Arti Italian Ristorante on Central Avenue in the city’s downtown. Over the past 15 years, the couple has established an Arkansas staple for sampling Italian comfort foods, such as spaghetti carbonara, eggplant parmigianna and pollo alla cacciatora.

Penny Gargano said the restaurant provides a good representation of Italy’s various regions and blends northern and southern Italian cuisine. Plus, she said having an “authentic Italian chef” with more than 40 years of culinary experience in the kitchen is what sets them apart.

“You have to have a passion for Italian food,” said Penny, who is of Greek heritage. “That’s what makes you different. Joe and I truly love what we do.”

Chef Joe Gargano grew up in Sicily and began cooking at age 9. He said his recipes are top secret and based on ones created by his family’s long history of cooks. He enjoys coming up with new takes on the family classics and said most of his creations cannot be found anywhere outside Belle Arti.

Italian Classics and Beyond

A local favorite is the strawberry valentino salad, which Joe created a few years ago as a special for Valentine’s Day. Its fresh greens are topped with walnuts, strawberries and bleu cheese, and then drizzled with strawberry-balsamic vinaigrette. The colorful salad on the black-tie-specials menu is the perfect start to any meal, and pretty filling in itself. 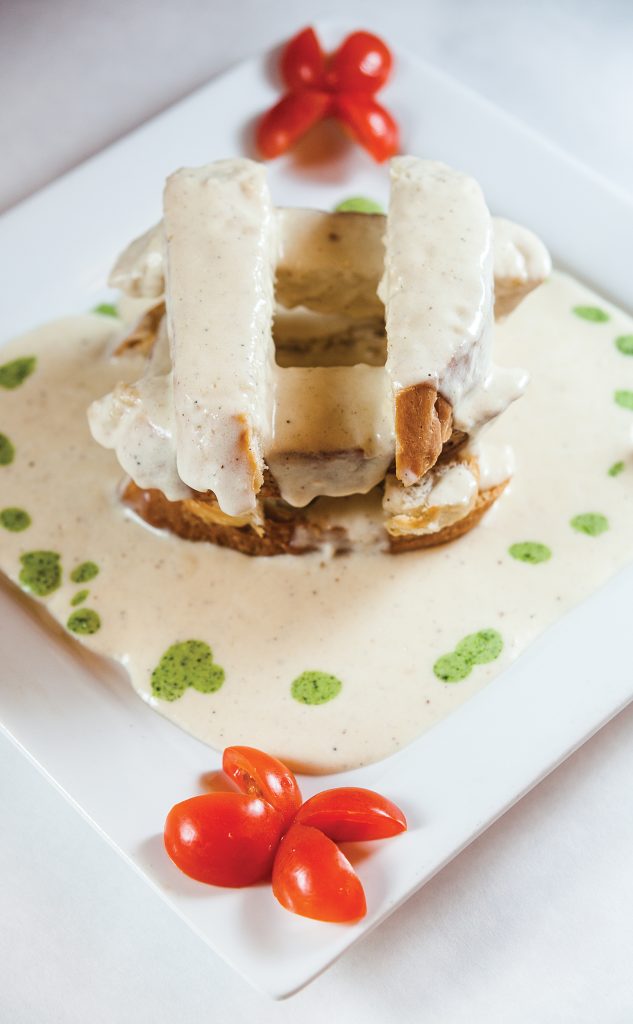 Another unique favorite is the crostini alfredo — served as a crisscross stack of toasted bread strips covered in creamy homemade Alfredo sauce. Joe is quick to point out that this antipasto is a Belle Arti one-of-a-kind, and it is definitely a guilty pleasure. While not on the menu, Penny said diners may request this starter any time. 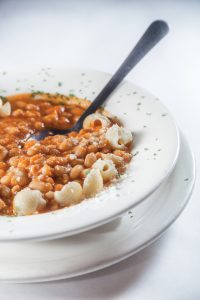 Some entrees, like butternut squash ravioli, are seasonal; however, the menu is full of timeless, home-cooked Italian favorites — pasta, chicken, veal, fish and beef entrees — that are available for lunch and dinner seven days a week.

The seafood-flavored risotto princess is a hearty dish with calamari, shrimp and clams, and impressively topped with half a lobster tail. The large portion of risotto from the VIP menu is flavor packed, but also light, and is definitely enough for dinner and lunch the next day.

Pasta fagioli — one of Joe’s favorite dishes to cook, he said — is a true Neapolitan-style comfort food with seashell pasta and white beans in a thick and garlicky tomato sauce. Adding Parmesan cheese took ours up a notch by adding another layer of flavor. Pasta fagioli is a recurring special, so be sure to order it when you have the chance.

Belle Arti’s desserts are decadent, to say the least. We sampled the classic tiramisu. It was creamy and light — everything that tiramisu should be — and is a must-try after any meal. So, be sure to save room for it. Other desserts include New York-style cheesecake and bread pudding. 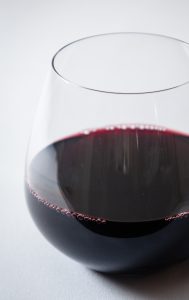 The restaurant also boasts an impressive wine list, spanning several pages full of reds and whites by the class and by the bottle in all price ranges. There are also a few sparkling options.

When the Garganos took over Belle Arti, which is located in the former Marquette Hotel, they made a few behind-the-scenes changes, including adding kitchen upgrades. But, Penny said, they worked to maintain the history and ambiance of the building.

The two-story dining room features a classic décor with white tablecloths and cloth napkins. The wood-paneled walls and fireplace offer diners a coziness that many restaurants lack.

Downstairs is an expansive dining room with a bar area, and upstairs offers a romantic hideaway, which Penny said is a common site for proposals. Most nights live piano music fills the air.

Penny said people sometimes still think of Belle Arti as a fine-dining, special-occasion-only restaurant. She said the atmosphere, however, is incredibly family friendly, reservations are rarely needed and the dress code is come-as-you-are, “anything from shorts to tuxedos,” she said.

It’s also possible that diners may spot a celebrity or two. The Garganos, who also own The Porterhouse and The Regency Banquets and Receptions downtown, said they’ve had visits from University of Arkansas at Fayetteville Razorback football coach Bret Bielema, actress Bo Derek and many others. 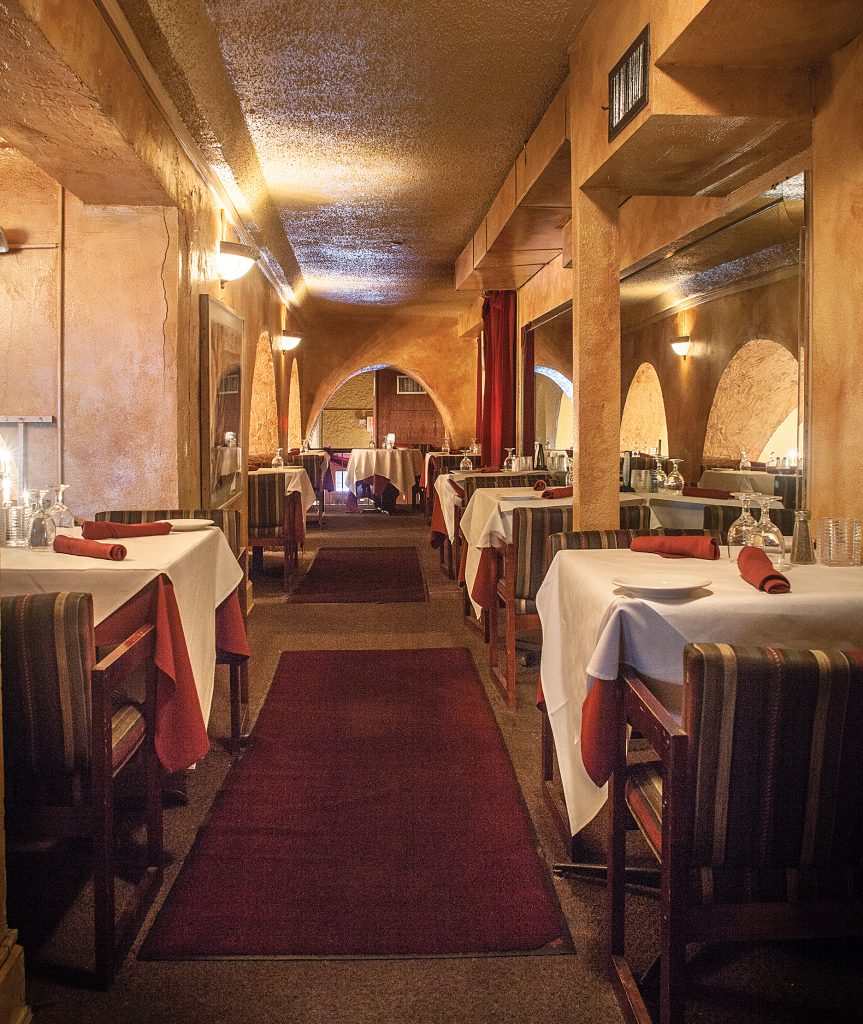 Joe and Penny, who have been married for 21 years and have two sons, often work 60 to 80 hours per a week, and one of them is almost always at Belle Arti.

When they scouted out Hot Springs before moving to the Spa City 15 years ago, Penny said she wasn’t sure what to expect. It was a bit of a culture shock, but she said she was struck by the kindness and welcoming spirit of the residents and by other local business owners who embraced them and their restaurant.

Over time, Penny said she’s realized that Hot Springs is the perfect place to share their love of Italian comfort food and establish their partnership in the restaurant business, which they are poised to continue for years to come in their adopted city.