Story and Photography by Becca Bona and Greg Henderson

It all started in the ‘90s, when the two met at Mars Hill College outside of Asheville, North Carolina.

“Jess was my resident director in Brown dormitory during my freshmen year,” Foster said. “We discovered local craft beer during those years at a little restaurant called Barley’s [Taproom and Pizzeria] in downtown Asheville.” 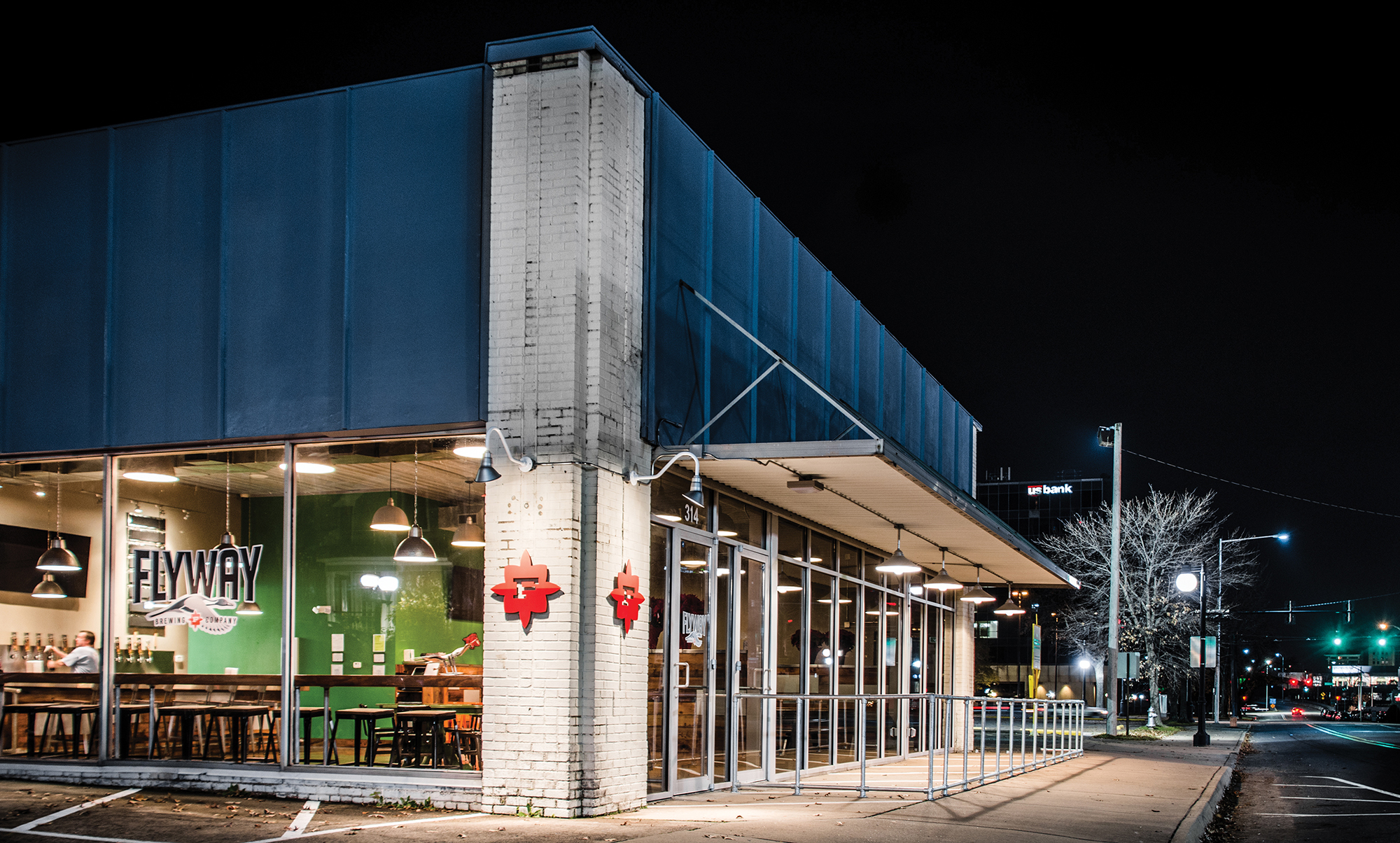 New to the neighborhood, Flyway is proud to be a part of the Argenta Arts District in North Little Rock.

Barley’s is home to Highland Beer, a now-expanded Southern staple. Nonetheless, even over pints of Highland’s delicious Gaelic Ale, the two were not hit by the homebrewing bug, at least not yet. At the time, McMullen worked in the food industry, waiting tables and running bars, while Foster became really involved with his band, Everyman Jones and The Stick People.

“Our friendship is rooted in Asheville,” McMullen said. Foster added, “All of that absolutely was influencing what is happening now.”

Unfortunately, their time there came to a halt when the band split. Foster moved to Arkansas with his wife, Heather, began his teaching career at Dunbar Magnet Middle School and eventually moved to Central High School.

McMullen, however, stayed in Asheville. Life’s milestones and the distance between the two, though, didn’t keep them from their annual tradition: “Spring Break For Life.” 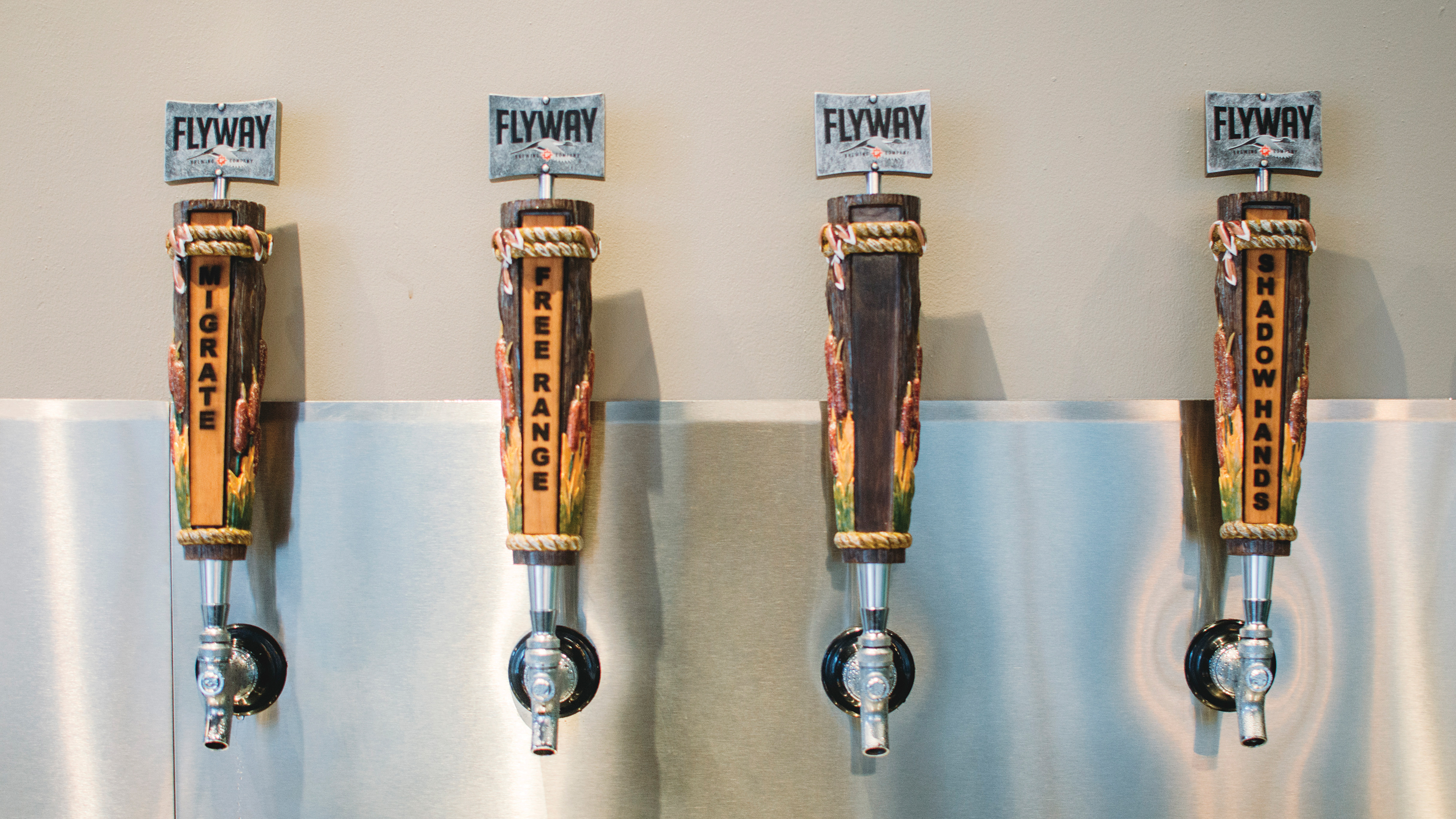 “It started in college. We have all gotten together nearly every spring break … every year,” Foster said. “It’s revelry. It’s a celebration of life, it’s catching up. It’s a reunion, it’s rejuvenation. It’s been one of my biggest sources of fire,” he said.

The spring break trips include a number of activities, including backpacking, camping and just having a good time in general. Their homebrewing actually began during a Spring Break For Life trip that doubled as a bachelor’s party. Foster had become good friends with fellow educator Nicolas Berjot, who teaches French at Parkview Magnet High School.

Berjot, a homebrewer, went on a few of the spring break trips. At the time, in 2003, homebrewers weren’t as common as they are now, but Berjot showed Foster the basics, and the resulting beer was, as Foster remembers, “pretty tasty.”

Foster agreed. “Jess simultaneously became a beer nerd while I was learning to brew.”

At this point, they traded beer knowledge. “When we really started getting into craft beer, Little Rock was still ‘quiet,’” McMullen said. “There was just Vino’s Brewpub, the now-closed Bosco’s Restaurant Brewing Co. and Diamond Bear Brewing Co.”

Therefore, he found ways to send Foster whatever new brew he could get his hands on, from Founders to Stone Brewing and everything in between. Eventually they began to wonder if enough Little Rock locals would support their vision of opening a brewery in the city.

“We went all in,” McMullen said. With that, their friend and Spring Break For Life “brother” Jay Burleson invested in the idea, and Flyway was chosen from a list of many names. The name refers to the bird migratory route, Mississippi Flyway, of which Arkansas is a part.

Foster began giving beer away at local events, testing the waters for people’s interest in the craft. Soon Loblolly Creamery offered to share its commercial space with the new brewers, and Foster began brewing with Tim Berkley while McMullen obtained the necessary permits.

“In February 2013 we became a legal brewery,” McMullen said, “and by November we had our first keg at South on Main. That was a big day.”

The final stage of the plan involved him moving to Little Rock from Charlotte, North Carolina. McMullen thanks his wife for pushing that vein. “She said, ‘If we don’t do this now, we’ll never know.’”

The two were surprised when other breweries began opening, including Stone’s Throw Brewing, Lost Forty Brewing and Blue Canoe Brewing Co., with many others planning to open down the road. 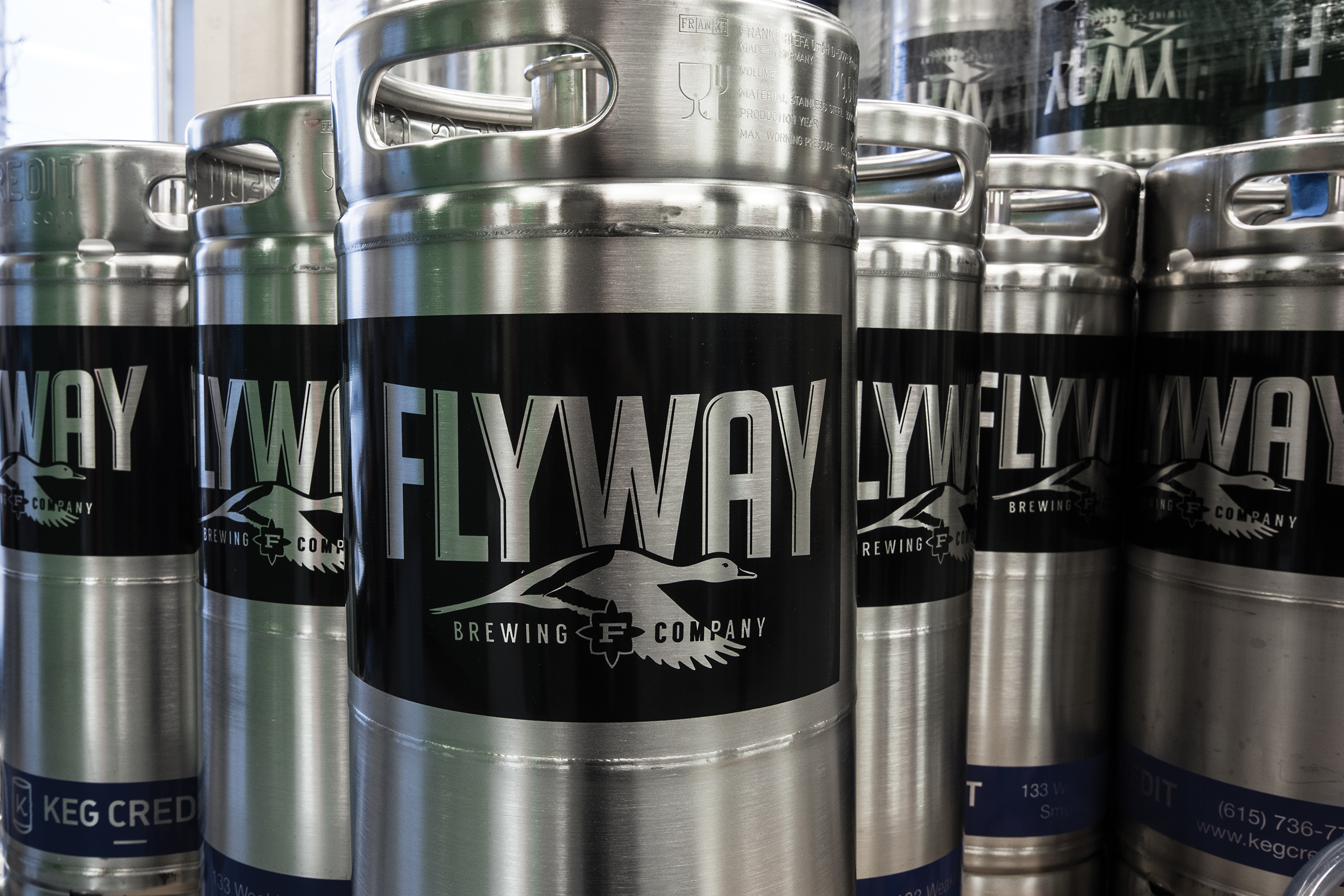 Flyway is equipped with a 10-barrel brewing system, which gives them the flexibility to brew creative, seasonal offerings.

“We saw a real community surrounding the craft,” McMullen said.

Foster, who attended local events with countless samples and beer demonstrations, likes the direction the local beer scene in central Arkansas is headed. “As tiny as we’ve been, we know that we have supported, influenced and educated the community, and our commitment to great beer has contributed to the elevated quality of beer all over Arkansas.”

In the meantime, Flyway has opened the door for a second wave of brewers to call central Arkansas home. The two believe Little Rock has the potential to be even “funkier” than Asheville, aka “Beer City.”

It wouldn’t have been possible, they said, without the help of countless family members, former students, Spring Break For Life “brothers,” and others. “We’re all tangled up,” Foster said with a laugh.

The two have found a way back to the good times from the ‘90s. As McMullen said, “This is not about the money. This is about family, lifestyle and balance.”

Smiling, Foster added, “We can’t wait to deliver lots of great beer for many years to come.”