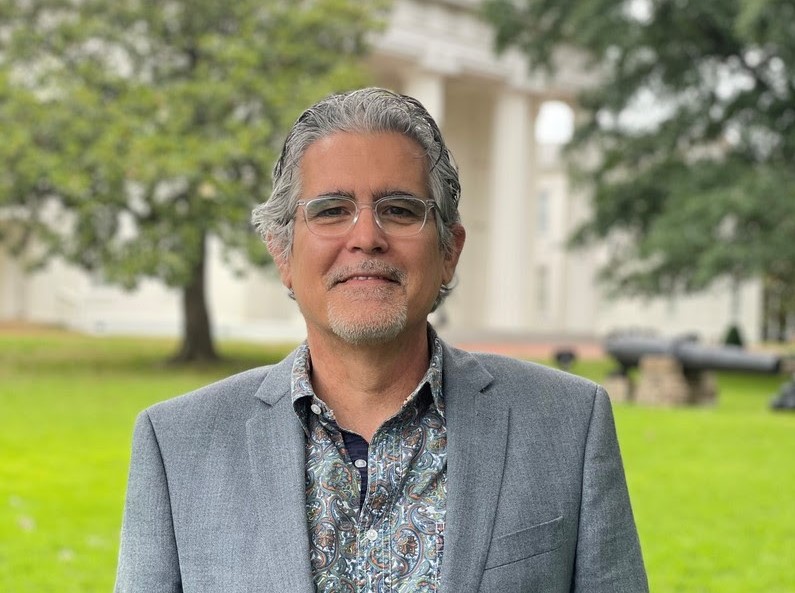 Born in Rocky Mount, North Carolina, Gatewood was first introduced to Arkansas when his father, Willard B. Gatewood Jr., accepted a position with the University of Arkansas and later served as chancellor. Gatewood attended the U of A and graduated from the Honors Program with a bachelor of arts in Anthropology in 1981 and then moved on to Arizona to receive his master’s in Museum Studies/Anthropology with a Certificate of Museum Studies from Arizona State in 1986.

Gatewood spent time with the Arizona Museum of Science and Technology before finding his way back to Arkansas in 1986 as an exhibit shop supervisor for the Arkansas Department of Parks and Tourism. After taking on the role of a museum consultant in 1990, an opportunity became available at the Old State House. The rest is history.

“As a kid, you think you want to get as far away from home as possible, but the truth is, once I got to Arizona, I was unknowingly making a path for myself right back to Arkansas,” Gatewood says. “Looking back, it doesn’t seem like 35 years have passed, but what an honor to have found my way home and had the opportunity to do good work alongside some of the most dedicated people in the museum field.”

In 1993, the Old State House Museum received national accreditation by the American Association of Museums for the first time since becoming a museum in 1951, and the award was renewed in 2003.

“Bill has lent his immense talents and passion for preservation to the Old State House Museum, particularly during the trying times of the late 90s when the building was in serious decline,” secretary of the Arkansas Department of Parks, Heritage and Tourism, Stacy Hurst, says. “Bill spearheaded the extensive 1996 to 1999 restoration of the museum, demonstrating great patience and dedication while preserving Arkansas’s first state horse, literally from the ground up. This project alone merits accolades upon retirement.”

“I’ve gotten to know Bill on a personal level during my time as Arkansas Heritage Director,” Jimmy Bryant says. “He is a gracious man who has given our state a beautiful gift in the conservation of the Old State House. He has generously allowed us to tap into his vast knowledge of Arkansas history and conservation to benefit museums and facilities around the state.”

“As development director, we rely on building relationships when it comes to giving to the museum. Bill makes that easy,” Rae Ann Fields says. “Every donor who has had the pleasure of meeting Bill feels his connection to this place and wants to build on his foundation, in this case, the literal foundation of the building. No one has worked harder to make the Old State House what it is today than Bill.”

Gatewood’s plan for retirement is simple: Travel with his wife, author Jen Fawkes, and spend time with his adult children. He will continue to be a resource for the museum with his years of gained knowledge on keeping the Old State House restored and functioning.

“It has been an honor and pleasure to serve alongside my friend and mentor, Bill Gatewood,” curator of the museum, Jo Ellen Maack, says. “They say some people come into your life for a reason, well, Bill came to the Old State House for a reason. Sure, he helped save the building, but he also touched many lives and taught so many in his 29 years.”