[dropcap]As[/dropcap] a traveler drives the length of our state from Missouri to Louisiana, the striking diversity of passing landscapes is difficult to miss. There is also a history of place resonating from the fields and forests outside the window that catches even the most casual observer’s imagination — just as it did when Tim Jacob discovered the Arkansas Delta.

Jacob thinks his early years living in large urban areas may have fueled his love for the Delta. “I was born on the south side of Chicago and lived near New York City when I was young,” he said. “[I have] a fascination with how rural [the Arkansas Delta] is. Some towns haven’t changed in so long it’s like stepping back in history.”

He especially enjoys painting landscapes that feature the immense horizons that surround the small towns in the Delta, as well as water towers. He explained, “Water towers are a symbol of rural life. They are something that signifies each and every small town a little differently.”

While he is happy to sell a piece “here and there,” Jacob said he paints primarily for himself. His relatively late entry into the world of art — he didn’t start painting until he was in his 40s — was a product of his desire to create a gift for his daughter. 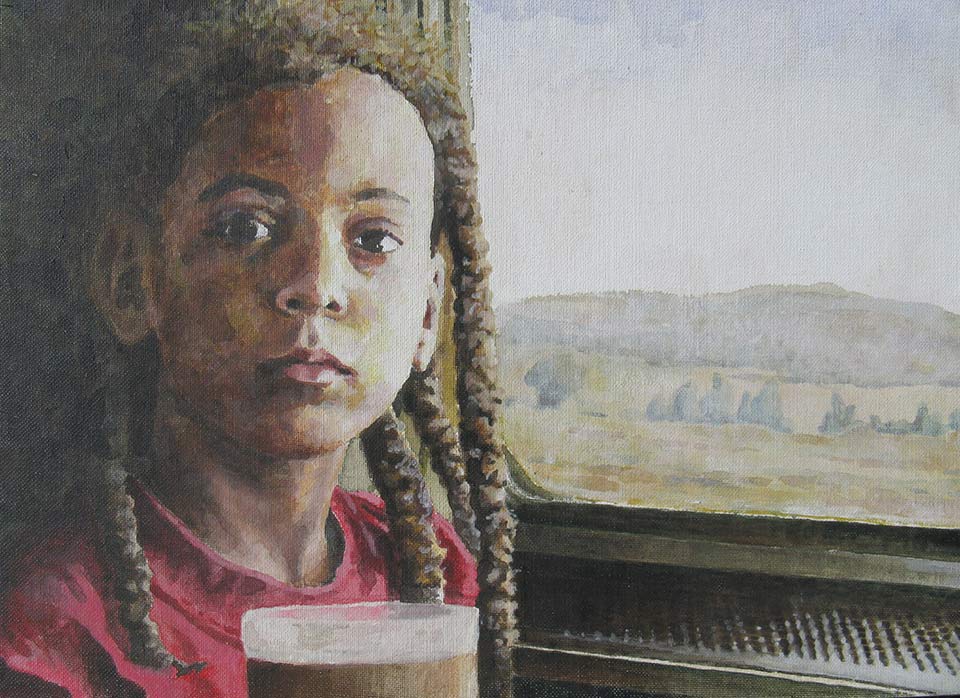 “I’ve always doodled and drawn, and thought I was OK at it. I took a picture of my daughter, who is usually very animated, [as we traveled] on a train headed to the Grand Canyon. She was solemn and quiet, and I loved the way she looked in it. I painted it for her birthday, then I had to paint my son … and I’ve been painting ever since.” 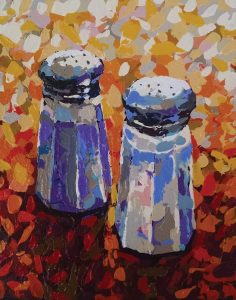 Like many modern artists, Jacob prefers to capture his initial ideas for his works with photographs, primarily because it allows him to work on his own schedule. As an owner of a small business, his 8-to-5 work schedule means that his painting happens after hours and on weekends. “When I retire, I will be able to do more, but I paint every night and love it,” he said. A road trip through south Arkansas can provide enough images to inspire several months’ worth of paintings. Another reason to work from photos is even more practical: “A lot of my paintings are of farm fields, and I dislike mosquitos,” Jacob said, laughing.

As a primarily self-taught artist, Jacob said he took art classes as a college student at the University of Central Arkansas and Hendrix College, but really has no formal training as a painter. “I pester every artist I know about his or her processes and materials,” he said. He is an example of an artist who benefits greatly from natural talent, combined with sheer dedication to perfecting his craft and working at it every day.

As writers immerse  themselves in books in order to improve their writing, Jacob immerses himself in art in order to become a better artist. Jacob likes to visit museums as he travels and laughingly said, “I will go to any art exhibition. I plan trips around them. I can’t go to a metro area without trying to sneak in a few galleries. I am inspired every time I see art.” And as far as he is concerned, one doesn’t have to travel far to see some of the best. “I’ve been to every major museum in the country, and Crystal Bridges Museum in Bentonville, Ark., is my favorite.” 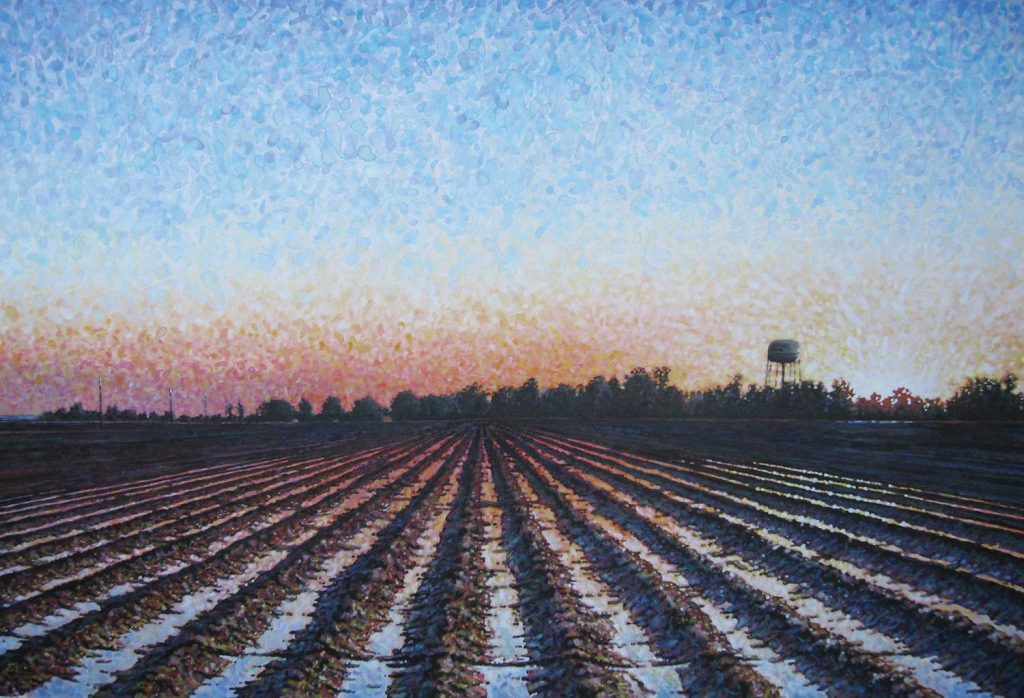 Jacob said he is most inspired by the way light works on his subjects, as he was with his first painting of his daughter.

“I love the reflections and lights found at night,” he said. “If light hits the subject right it tells the story in itself.” Like one of his favorite artists, Edward Hopper, Jacob enjoys using light to highlight and elevate mundane scenes of everyday life.

Some inspiration can be the result of an accident, as is the “puddle painting” technique that Jacob uses for most of his works. According to his website, timjacob.com, a coffee spill in the studio resulted in the impressionistic style that blends thousands of “puddles” of color into one cohesive work. Since Jacob uses water to create the effect each layer of paint requires significant drying time, he usually works on three to four paintings at a time. He has also experimented with using a pallet knife to lay color onto his canvases. “It’s messy and fun, and it has worked out a couple of times,” he said.

On May 15, Jacob will be the featured artist at the North Little Rock History Commission building during the monthly Argenta Art Walk. He will show his work and encourage attendees to  “grab a brush and join in.”

Jacob said, “I think anybody can paint. There’s not so much talent involved, just stubbornness and vision. The hardest thing for any artist to do is start a painting. Second hardest is to finish it.”

May 15 from 5 to 8 p.m.
Painting Exhibit and Demonstration