Do I Need A Lawyer?

Often, we hear the boisterous phrase, “You’ll be hearing from my lawyer,” in some way, shape or form in movies or on television. However the phrase is delivered, the trope serves as what purports to be the supreme comeback for alleged wrongdoing; although, the fact that it is usually an antagonist who adopts such threatening language might say something. But over time, this cliche has created a false presumption about our litigation professionals, describing them as weapons first, perhaps even convincing us that we need such a blade at our hip at all times for whoever might wrong us. For most, this false pretense couldn’t be further from the truth.

“The phrase is, indeed, a bit of hyperbole,” attorney Paul Keith says. “Most people don’t invoke their lawyer as an offensive weapon.”

Keith is an attorney at law for the firm Gibson & Keith, in Monticello, and is well-inclined to speak on the subject at hand. His experience with the law spans decades and includes his serving as city attorney for Hamburg since 2002, chairman of Arkansas Bar Association’s Board of Governors and, most recently, being named the incoming president of the association.

“People tend to engage a lawyer when they find themselves in a problem,” he continues.

These situations run the gamut. We all know that when charged with a crime, the expertise of a lawyer is usually in our best interest to seek out; the representation of an attorney is an American right when we face charges, after all. But what about the normal comings and goings of everyday life? Do we need counsel while we are doing our taxes annually? A pantsuit to help us argue property lines with the neighbor?

Well, it wouldn’t hurt. Although Keith estimates that one of the most common ways laypeople utilize the professional assistance of an attorney is for family law-related matters.

By definition, family law is general, broad and well-encompassing. In practice, the scope is usually narrowed to domestic disputes of most kinds — specifically, divorce and child custody.

According to the American Psychological Association (APA), more than 90 percent of Americans are married by the age of 50. It’s a social construct that, for better or worse, has been ingrained into our Western civilization culture. But no matter where you get your data — be it the APA, Centers for Disease Control and Prevention or Pew Research Center — a vast population of those matrimonies end in separation. Though the rate has decreased in recent years, somewhere between 40-50 percent of marriages in the United States still end in divorce.

For practicers of family law, this means that business is good — for lack of a better term, since the actual work conducted is often grueling and even heartbreaking. If you listen to the radio or tune into network television even a moderate amount, there’s no doubt you’ve been exposed to advertisements featuring family law attorneys. 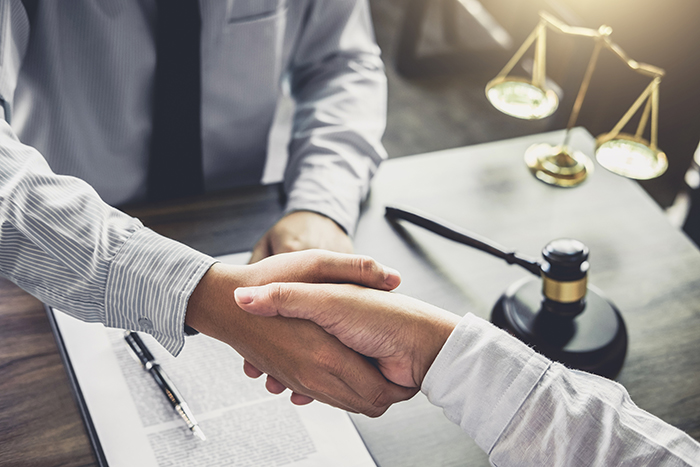 “If there’s an issue in the family or a problem in the family, and the marriage is dissolving,” Keith explains, “many times, lawyers can help people get through that with the least disruption and in the most efficient manner.”

Another common area that vaguely lies underneath this umbrella is bereavement-related assistance, as death is a fate that all of us will eventually find — married or not. And while many day-to-day applications of litigators are technically optional, enlisting the help of a lawyer to help better prepare for your death borders far closer to a requirement. And many people do not readily grasp the semantics that goes into will creation and execution.

“There are a number of things that people don’t understand about the transmission of property or wealth at death,” Keith says. “For example, if you have a will, a lot of people don’t understand that a will is not effective unless it has been approved and admitted to probate by the court. And then a lot of people aren’t aware that if you don’t have the will to probate within a certain period of time, it will never be effective.”

But if the only rocks in your marriage are in the Monday margaritas and your personal attorney sealed up your will and testament years ago, there are still plenty of ways a lawyer can help you personally or professionally.

And financially, especially if you’d rather spend more of your time sipping those aforementioned cocktails than itemizing receipts and filling out 1040s every year during tax season. The admission of lawyerly aid is a great way to not only remove some of the personal burdens of doing your taxes, but to assure with peace of mind that your filing will be accurate and might even result in more money back or less money owed.

This, though, is usually something that goes beyond just general counsel, as tax lawyers are tailored specifically for the occasion.

Keith likens the differences in usage to the medical field.

When we have medical situations that are beyond our understanding as non-doctors, we seek out the expertise and care from a medical professional — a general practitioner first, usually. When our situation rises to the level of requiring a more acute set of eyes, we get referred to a specialist. The same can be true with attorneys. Most lawyers throughout the state can help us fill out a will so that we can posthumously disperse our belongings to our surviving loved ones. But when our situation becomes specialized, we are met with those who concentrate their care.

“Most lawyers are not tax specialists,” Keith says. “So, they may have general opinions about very basic tax matters, but most lawyers will refer complex tax questions either to tax lawyers or to certified CPAs (certified public accountants) — people who specialize in those areas.”

Simply put: Lawyers are problem solvers — some of the best around. Whether we are faced with a life-changing complication or a rudimentary query, our attorney friends are there to help us through it.

“There are lots of really good lawyers around the state who have the insight and the experience to get you past a difficult moment,” Keith says. “Sometimes, without even hiring the lawyer, just talking it through, because the solution may be something you can do yourself once you understand what the solution is.

“You need a lawyer when you’re just not sure.”