Does Fort Worth Ever Cross Your Mind? Arkansas Native David Adam Byrnes Has Found his ‘Neon Town’ 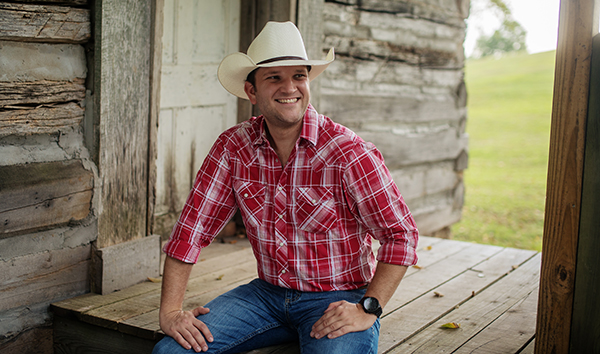 Does Fort Worth Ever Cross Your Mind? Arkansas Native David Adam Byrnes Has Found his ‘Neon Town’

The list of household names in country music grows bigger each year. Arkansas has a firmly planted history in blues, folk, bluegrass and country with names like Al Green, Glen Campbell, Johnny Cash and Patsy Montana. A product in the making, David Adam Byrnes, has his sights on one day joining this list of icons Arkansans hold near and dear to their hearts.

Born and bred in the Natural State with a guitar in his arms and a twang in his voice, Byrnes doesn’t remember a time when he wasn’t singing. “If we go back to the beginning, it’s 3-year-old me sitting on the fireplace just singing my little heart out at my parents’ friends’ house,” Byrnes shares. Landing “gigs” at the age of 5, Byrnes would sing George Strait at nursing homes up until the fateful day he would make a move to the music city of Nashville, Tennessee. “That molded me to learn how to play in front of people — I guess you could call it a start to where I am now,” he says. On top of his regular shows at nursing homes around Central Arkansas, Byrnes performed in talent shows, formed a little band that played at the occasional bars and backyard parties, and as he puts it, “basically anywhere with a stage and a chance to get in front of people.”

This first group disbanded, and Byrnes formed “a little bit better band” his senior year of high school. “It was during this time that we really started hitting the bar scene around Little Rock, and even some other parts of the state,” he says. He remembers the band going on their first tour to Alabama and feeling like everything was getting more serious. “My bass player and drummer were brothers who worked at Casa Mexicana in Sherwood. They asked the owner if we could play there one Saturday night, and the owner told us that we could come perform that Tuesday. We packed the place that Tuesday night, and the owner told us to start playing every Tuesday.” Byrnes believes that if he had to pinpoint one place from all the shows he did growing up, he would credit Casa Mexicana as being where he really got his start. “We did that for a few years, and it just kept getting bigger and bigger to the point there were lines wrapped around trying to get in every week. The people that found me and kind of took me to Nashville actually found me there.”

Making the move from his home state to Nashville at the age of 19 was not the easiest feat. Byrnes explains that he realized he was sheltered and that he may not have been the most prepared. “I don’t think I really knew what I was doing, to be honest. I had been making trips to Nashville for the year and a half before I moved — pretty much right after I graduated I started making trips up there,” he explains. “Arkansas has always been home, will always be home, but I knew that if I was going to take the next step and chase this country music dream, I had to go where the country music world was.”

Raised on the old country sounds of Strait and Tracy Lawrence, Byrnes came to realize that the country music he was chasing wasn’t found in the current trends being promoted in Nashville, but down south in Texas. “I came into Nashville guns blazing. I was there to do traditional country music and really grab the attention of the older guys that were songwriters back in the ’90s and before,” Byrnes says. He received a record deal his first year in Nashville. What has been coined as “bro country” and “country pop” is more or less what Byrnes signed into. Battling with what his producer wanted him to sound like and what he wanted to sound like, the old country always prevailed. “There were moments where the Texas scene would flash its lights at me and let me know that there were people out there that like traditional country music, it’s just that this town isn’t catering to them.”

A few times, Texas tried calling him back to his roots. “I remember hearing Cody Johnson for the first time, and I ran out of the room going, ‘Who the hell is that? They’re doing the kind of country music that I want to do, and I was told I’m not allowed to do,’” Byrnes says with a laugh. A more serious memory sticks with Byrnes of a separate night. “There was a conversation with Daryle Singletary where he straight-up told me, ‘You’ve lost your way,’ and then to lay it on thicker, ‘You’re of the last of this new generation that gave me hope for traditional country music. Quit chasing, and get back to your roots.’” Tired of holding back and moved by all the signs pointing him south, Byrnes saw the beginning of the end in Nashville. 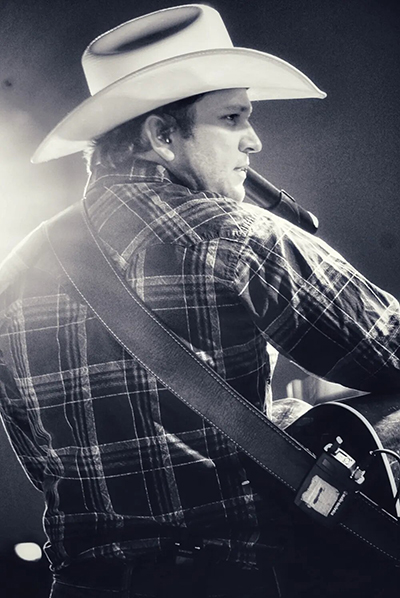 One foot in Nashville and one foot out, Byrnes worked on a record with Trent Willmon and did performances with Johnson, Aaron Watson and a few others with similar styles. Byrnes credits this period of time as being the first instance that he felt encouraged to make music he was proud of. “These guys would tell me, ‘Texas would be a great place for you,’ and, ‘You would kill it there.’” After listening to these sentiments time and time again, he gave in and decided he was moving to Texas; it took only a week and a half before he was gone.

“Once I was there, I still felt like it took over a year for me to ‘unbrainwash’ myself — which may not be an accurate way to describe what happened, but it’s as close as I can get to it,” he says. Now, years later, he has come to appreciate the journey he went through to land where he is now. “I’m kind of glad that I went around the sun and came back to help me really understand the style of who I am.”

Byrnes’s newest album, Neon Town, encompasses the sounds he had been looking for all those years. He can’t name one song he prefers over another because he takes pride in the record as a whole. “It’s a sense of validation. I knew the sound I wanted, I just didn’t understand where it came from or why it was my sound,” he says seriously. “The reason we named it Neon Town is every single one of the songs on this record is something that you would hear at a Texas honky-tonk, songs that would fill up the dance floor. We thought Neon Town was the perfect representation of that.”

His latest released single from the album, “Signs,” was the first song he knew he wanted on the record. “We wrote this song as far back as 2012 or 2013. Most of the songs on Neon Town are songs I wrote years ago, and I finally got a chance to record them. I’ve been saying for years and years that I can’t wait for the world to hear this song,” Byrnes says. He remembers driving to a writing session and being hit with traffic. Not breezing through town as he normally would, Byrnes had the chance to take in a few sights. “I realized that day how many things you see when you slow down. I was seeing signs, I was seeing billboards, I was seeing buildings — stuff that I would normally ignore.” He says that going from 50 miles per hour to 12 really put in perspective how important it is to occasionally slow down and look for the little things that might actually be important. “I got to thinking about how the same thing applies to relationships. You’re going so fast and doing all these things that you miss exactly what it is [your partner] is wanting you to do,” Byrnes explains. After pitching the idea to the guys at the writing session, they wrote “Signs.”

The album, officially released in 2020, has already found great success in the short time it has been playing through radios and headphones. Byrnes is nominated for five awards at the Arkansas Country Music Awards (Arkansas CMAs) this year, one for Video of the Year for a music video Byrnes describes as being the definition of chaos. “‘Old School’ is the only song on the album that I didn’t write. My buddy brought it to me at the last minute, and I thought it fit me to a T. I’m not very fond of the way I see a lot of the male generation acting these days, so I thought this song was a good way of calling it out,” he says with a laugh. The music video was filmed during the pandemic, which took a hit on the people lined up to play parts. “Everyone was either exposed, sick or something happened, and they couldn’t make it. We were scrambling that morning calling anyone we knew.” Something worked, because the video he describes as a series of spur-of-the-moment decisions landed him on CMT — something he says never happened while he was living in Nashville. “It’s funny because now that I’m in Texas, I’m finally on CMT,” he says. “It was a fun, fun video to make.”

On top of Byrnes’ Video of the Year nomination at the Arkansas CMAs, he is also nominated for Entertainer of the Year, Male Vocalist of the Year, Country Artist of the Year and Album of the Year for Neon Town. “Validating is the word that comes to mind, but I feel like that doesn’t express it enough,” he says regarding the support of his home state. “I’ve lived in Nashville, [I’ve] lived in Texas, I’ve traveled the world, but home is always and will always be Arkansas. It means more to me than anywhere else.” Byrnes won in the category of Male Vocalist of the Year in 2020, but due to the pandemic things looked a little different with a virtual award show, and he’s excited to get the chance to potentially stand on stage in front of the people who gave him his voice. “These are the people that helped me build this career when nobody on planet Earth knew who I was or even cared who I was. To finally get the recognition and share that moment with them is something special.”

Byrnes will also be performing at the award show on June 7 — one of many performances he has upcoming. “There’s a heck of a lot of touring coming up, and we’re so excited to go to places we haven’t played yet and grow the fanbase,” he says. While the pandemic closed down the world, Byrnes kept working and planning out the next moves in his career. “The pandemic really allowed me to get back to writing. I had been so busy and on the move for so long and figuring stuff out, but those few months that everything was shut down and people were sitting on their thumbs, we were writing, doing Facebook Lives, put out the music video, and just kept going.”

Through all the highs and lows since moving out of Arkansas to follow his dream, Byrnes finally feels like he’s found his groove and takes pride in all that he’s done. He says, “To see the growth we’ve had just in the past year or two … it’s a sign that I’m finally doing it the way I’m supposed to be doing it, and I’m finally where I need to be. I feel at home.”