If you’ve got a dog, you’ve probably faced the same dilemma Chris Keene faced when she moved back to Little Rock in 2012 – can you take your dog to a restaurant with you when you go out to eat? When Keene moved back to Little Rock with her husband Mike and their 12-year-old goldendoodle Roxanne, they immediately started looking for restaurants that would welcome both humans and dogs.

After living in the Atlanta area, they were accustomed to seeing dogs in restaurants and shops and bringing Roxanne along with them. However, in 2012, there was not a resource that showed where dogs were welcome in Little Rock. So, Keene decided to create that resource. 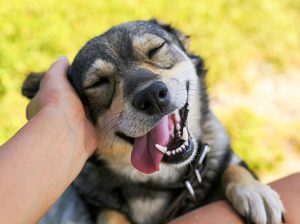 Keene, a writer based in Little Rock’s Prospect Terrace neighborhood, started Dog Friendly Little Rock as a way of keeping track of which spots around town allow people to bring their pups with them. The website and list have caught on, with the list being shared on Facebook whenever it is updated.

In the years since starting the list, Keene has noticed an increase in the number of establishments that welcome dogs and the subsequent rise of people bringing pets with them and the rise of dog-related services. Now, Keene’s site lists where you can go to eat, where you can stay, where you can shop and where you can play with your pup. It also lists local dog services in Little Rock.

AY caught up with Chris to talk about her website, Little Rock and, of course, dogs.

Mike, Roxanne and I lived in the Atlanta area for several years. So many restaurants in the city allow folks to hang out with their dogs, which made for a cool vibe. We’ve also traveled internationally quite a bit, and you see dogs in restaurants (not just on patios), shops, bars, markets… everywhere. When we moved back home to Little Rock in 2012, we started looking for places that would also welcome Roxanne. We found a few (Dugan’s Pub was the first!) and realized there was no list of patios available for dog parents to check out. So, we created one in 2013 and it’s taken off from there. It’s a great resource for citizens as well as people traveling to Little Rock with their pets. 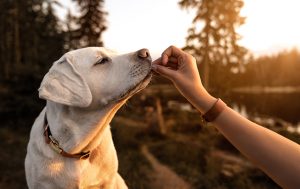 As a state, Arkansas is very dog-friendly. According to the 2017-2018 edition of the American Veterinary Medicine Association’s Pet Ownership and Demographics Sourcebook, we ranked third in the nation for dog ownership. Little Rock has a population of nearly 200,000 and about a third of those people own at least one dog.

Is Little Rock getting more dog-friendly?

Definitely. We had a few growing pains when we were starting out. Of course, some restaurant patrons are against allowing dogs on patios. In 2013, a guy filed a Department of Health complaint against a Hillcrest restaurant to get them banned. At the time, health department laws were vague and confusing so, as a result, people couldn’t take dogs for a while. But, we fought the ban and everything worked out in the end. Most people are becoming more comfortable seeing dogs on patios.

We’re seeing an uptick in dog-related services. For example, Hounds Lounge Pet Resort and Spa (which is Roxanne’s favorite place!) recently opened a location in North Little Rock due to demand. For a city of our size, we’re fortunate to have several national chains for pet owners. And we have a handful of locally owned shops such as Doggy Daddy and Just Dogs Gourmet. We’ve got an abundance of pet sitting and dog walking services, too. If you’ve spent any time at all around the River Market, you’ve likely seen Daniel the Dog Walker (aka Corporal K9). He started walking dogs 15 years ago and now has almost 400 canine clients! 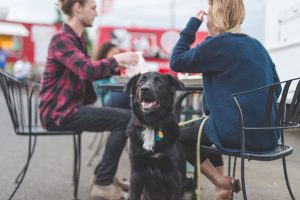 What kind of feedback have you gotten from the list?

When I post the update every year we get a great response from Facebook users and website visitors. Tons of people share the post, visit the website, and let me know about places I didn’t know were dog-friendly; it’s a great community. Dogs are increasingly a part of the family. We love to have them with us and give them the opportunity to socialize. It’s good for us and good for them. And it’s great for business. The restaurant folks I speak with are always happy that we include them on the list.

Are you looking to expand the list in the future?

As restaurants come and go, we’re always updating the list. The good news on the restaurant scene is that, out of the 60+ restaurants we have listed, only two have closed in the past year. That’s awesome! We’ve expanded the website to include lodging, shops, places to play and services. It would be cool if we had a few advertisers!