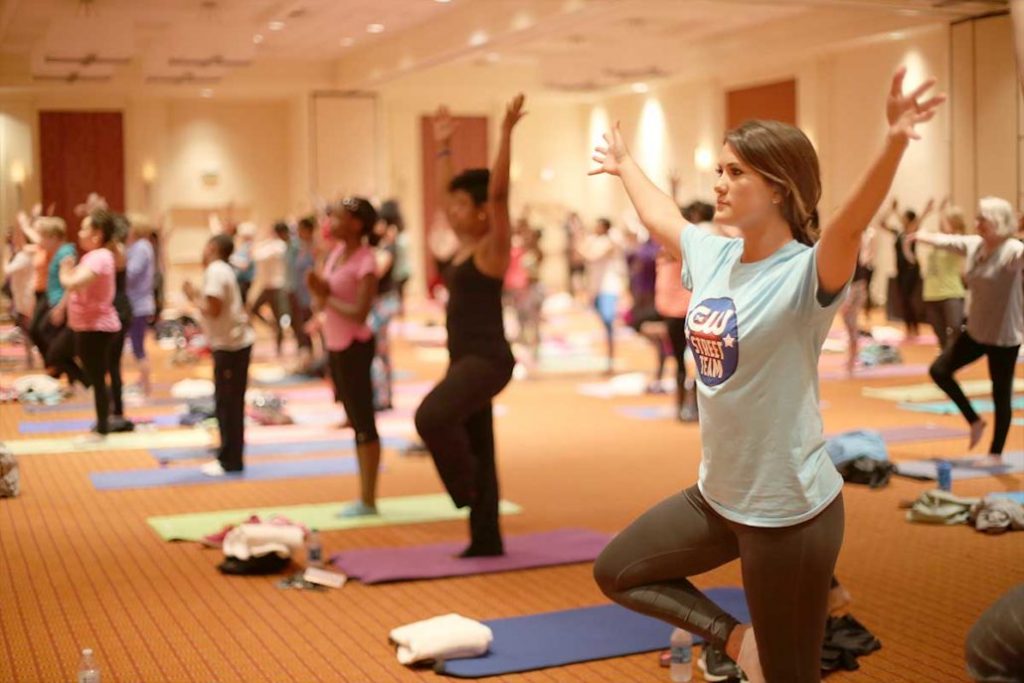 Donna Terrell wanted to do something meaningful for cancer patients as she grieved the loss of her daughter, Queah, who died in 2011 of colon cancer.
Through her Yoga Warriors organization, she has done that – funding liquid nutritional supplements for cancer survivors, bi-weekly classes for cancer patients, survivors and caregivers, and through raising awareness for early detection of colon and other types of cancers.
The fifth annual community-wide Yoga Warriors event is set for 10 a.m. Saturday, April 14, in the ballroom at the Doubletree Hotel in downtown Little Rock. 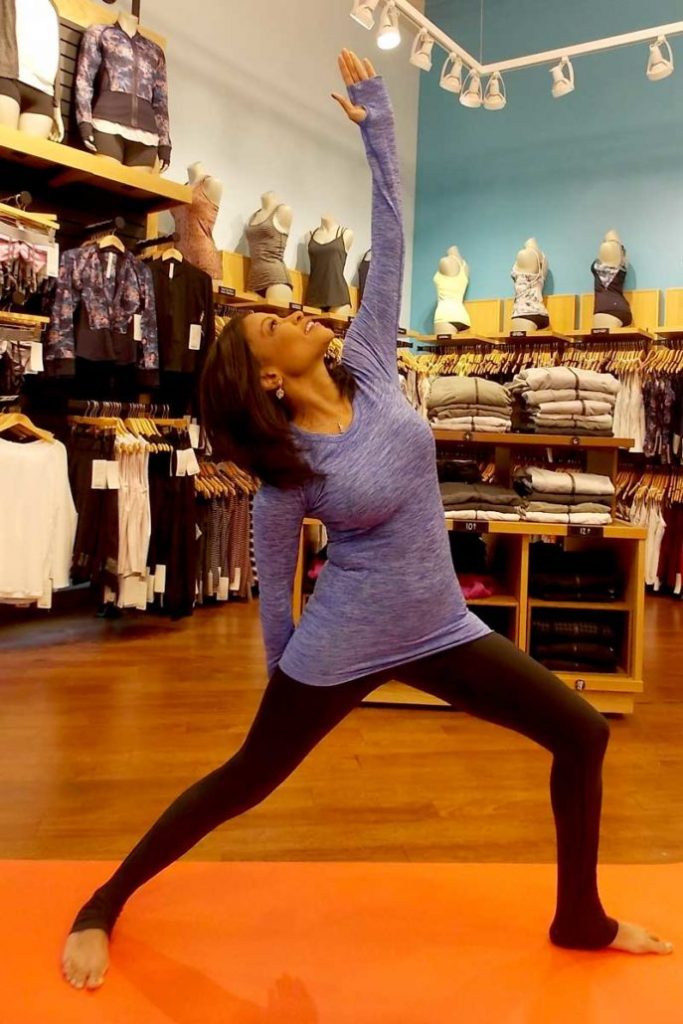 Natalie Rockefeller, a yoga instructor with Big Rock Yoga, will lead the class, which will accommodate all ages and levels of yoga experience.
“If we have someone who comes in to do headstands and handstands they can do that over here and if we have someone who is doing yoga for the first time they can do that over here, so that we can be sure it reaches everybody in the right way,” says Rockefeller.
There is no charge for participation, though participants should come with their own yoga mats.
“This has to be a free event so people can come and learn about yoga and not feel like they owe anybody anything,” says Terrell. “Yoga Warriors is about letting people know that this is a type of exercise you can do that will make you feel better, especially if you have a chronic illness. We get people who are arthritic, people who have lupus, and different types of illnesses and they come in and they do yoga and they have never done yoga before and they say, ‘Oh, I feel good. That felt good.’”
Terrell had first considered donating wigs to cancer patients in memory of her daughter, who was just 27 when she was diagnosed with colon cancer, but she realized others were addressing that need.
She and Queah, who was just 27 when she was diagnosed with colon cancer, had noticed a sign in the hallways of MD Anderson in Houston about a free yoga class for patients and their caregivers, though, and Queah went back later and tried it out.
“I will never forget the day she called me and she said, ‘Mom, I did yoga and it made me feel better,’” says Terrell.
Rockefeller says she got her training certification not because she wanted to teach in a studio but because she wanted to do outreach, showing people what yoga could do for them.
“I wanted to show people how they can do yoga and relax and destress. You release endorphins when you do any kind of exercise but this is a gentle way to do it. You can’t take a woman who’s been abused and say go run a 5K. It’ll fix all your problems. You can’t take a woman who has cancer and say, go run a 5k, you’ll feel great,” says Rockefeller. “But you can just sit on your mat and meditate and you don’t do have to do any super strong big movements.”