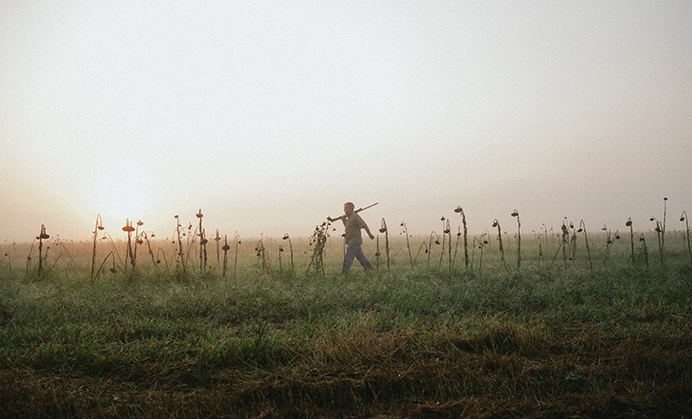 Summer is over. We punctuated it last weekend.
My fall has always begun, on paper that is, with the opening day of Arkansas’ mourning dove season. My father, ever the entertainer, spends his nights from September to September fretting over a field he tills, plants, monitors and finally destroys to create the perfect space for attracting these small game birds. It’s a labor of love.

Taking part in the fall ritual

He does it because it’s a tradition. For my cousin, the weekend is a reference point with childhood and adult friends, neither of whom he gets to see as much as he would like. He does it for my uncle who gets to hunt the entire weekend with his son who now lives across the country. He does it because the folks we’ve gotten to know through years of early mornings have become family, and because it matters.
He does it for me.
But, there was a time when I didn’t appreciate the effort as much as I should have. Growing up, I didn’t understand the purpose of the ritual. Many were the mornings where, in lieu of firing my gun at all, I would take a few shots into nothingness then sleep until the affair was over.
Chalk it up to taking some sort of moral stand against cruelty or the culture in which I grow up in and that I was struggling to outgrow and distance myself from. I lost those years. But growing up has its way with turning tides. I arrived at a place some years ago where I finally understood why waking up before the sun, shaking off the cold and stand shoulder-to-shoulder with a group of guys in the name of sport and ritual is about being close to your people and even closer to your food. 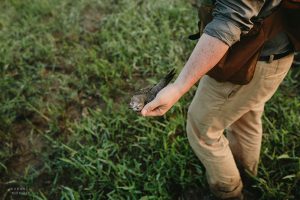 A bird in hand

As the mornings begin to get cooler and the trees start to turn, I’m ready. I’ve completed my fall sacrament and am psychologically prepared for the final leg of this year. I’m ready to bid farewell to summer’s bounty, to spring’s newness. So for those of you headed into the field, in search of feast or family, I offer you the following early autumn recipe. Designed to perfectly accompany the transitional weather which comes with early fall, this cocktail was invented and tested in the field. It’s strong enough to cut through the chill but balanced enough to carry you into much cooler weather.
Gather your people and sip slowly.

Ingredients
2 oz. bourbon (or more if it suits you)
1 oz. Dubonnet
1/2 oz. Maraschino liqueur
3 dashes Angostura bitters
1 barspoon Southern Amaro by High Wire Distilling Co.
Directions
Add all ingredients to mixing glass. Fill with ice and stir to chill. Serve in a rocks glass over ice, or fill your flask with it.
RELATED: Check out more from Josh Conley here!

Outdoor Eats: How to Make Stream Side Pork Chops

Support RMHC Families by Rounding Up at McDonald’s
November 30, 2022
Go to Top
Never Miss An Issue!