Down in the Delta Part 2 – The Lower Delta

Exploring the lesser-known gems of east Arkansas. There’s much more than meets the eye

When American settlers arrived at the lower Arkansas Delta around 1800, they were confronted by a place marked by forbidding forests amongst threatening swamps, which they cleared and drained. They seized the opportunity presented them by some of the most fertile soil in the world and created an agricultural paradise.

Once upon a time, cotton was king. Steamboats rolled down the Mighty Mississippi, and the per capita income in the Delta exceeded the national average. Those days are gone, but there’s still beauty in the heart of the region if you know where to look.

For many, the lower Arkansas Delta begins in Helena. But if that’s where you’re starting, you’ll miss a gem or two in Lee County.

Marianna, the county seat of Lee County, was once a thriving river town. Today, it’s home to the northern portion of the St. Francis National Forest. This 22,000-acre forest, one of the smallest national forests in the country, affords visitors a plethora of outdoor activities including hiking, boating, hunting and fishing.

Within the St. Francis National Forest are two lakes, Storm Creek and Bear Creek, the latter of which is noted for its abundance of largemouth bass and catfish. Wildlife enthusiasts can catch glimpses of eagles and even alligators. The forest is also home to Mississippi River State Park, a 550-acre park that features interactive exhibits that connect visitors with the natural, cultural and historic resources of the national forest and neighboring Mississippi River.

If one were to skip over Lee County, they’d miss the state’s lone James Beard Award winner. That’s right. The same award that has eluded some of Arkansas’ finest chefs sits at the bottom of a shadow in the corner of one of the best barbecue joints in the South, if not the whole United States. 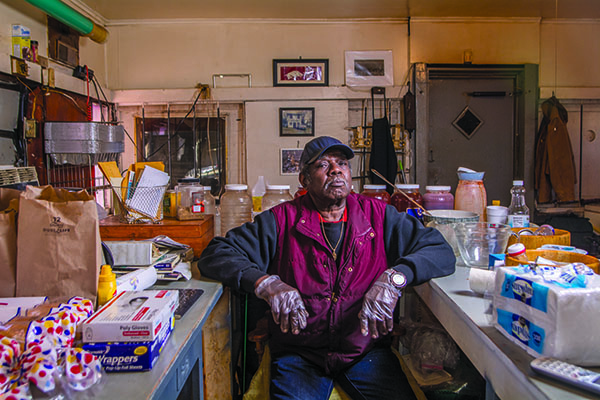 Jones’ Bar-B-Q Diner and its owner, James Jones, is a can’t miss for anyone anywhere near the Arkansas Delta. Dating back to 1910, it is one of the oldest black-owned restaurants in the South.

Much of what defines Arkansas Delta heritage can be found in neighboring Phillips County. And one can learn all about it inside the Delta Cultural Center Depot on Cherry Street in Helena-West Helena. The center details a heritage of determination, from the Delta’s earliest inhabitants to the Civil War to the blues musicians who shaped music for generations. One can even catch a live broadcast of King Biscuit Time, the longest-running blues radio program in America. The King Biscuit Blues Festival each October is a can’t miss event. 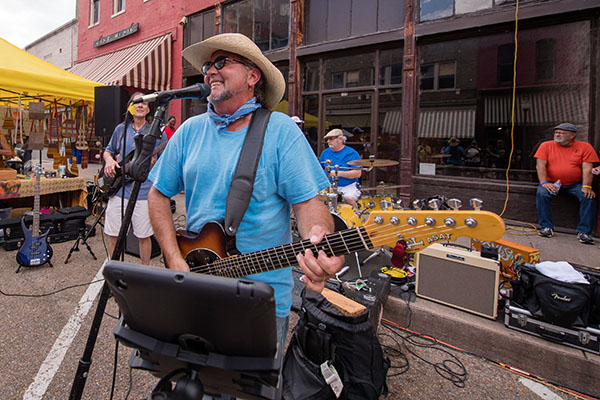 From Helena, visitors can take in some of the best views of the Mississippi River anywhere, especially along the Levee Walk, which offers panoramic views of downtown Helena and the great river.

There’s much to appreciate in Helena-West Helena, so much so that it would likely warrant its own feature article. The city offers visitors the opportunity to step back in time when visiting historical landmarks like Beth El Heritage Hall, once Temple Beth El, and Centennial Baptist Church National Historic Landmark, once led by Dr. Elias Camp Morris. Helena’s architectural masterpieces like the Moore-Horner House, which served as a hospital following the Battle of Helena, and Pillow-Thompson House, one of the finest examples of Queen Anne architecture in the South, are worth the drive.

There’s probably no better place in the Delta for hunters and outdoorsmen than Arkansas County. The region’s fertile farmland and abundant duck hunting have made it the Rice and Duck-Hunting Capital of the World.

Duck hunters need not bother stopping anywhere but Mack’s Prairie Wings when making their way into Stuttgart, the county seat for the northern district of Arkansas County. Mack’s is the area’s premier waterfowl outfitter, supplying countless hunters with game calls, duck boats, decoys and so much more. If you find yourself nearby during the week of Thanksgiving, be sure to join in on the fun at the World’s Championship Duck Calling Contest and Wings Over the Prairie Festival. 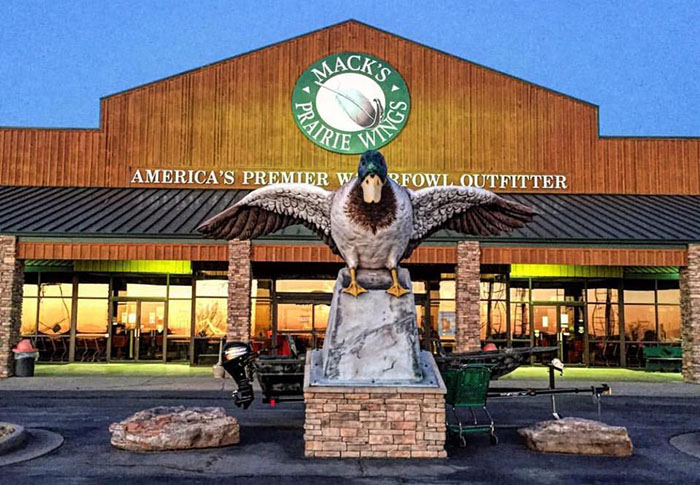 In nearby St. Charles, history buffs can get their fill of Civil War history at the St. Charles Museum and the St. Charles Battle Site. St. Charles is considered the site of the single most deadly shot of the Civil War. On June 17, 1862, a shot was fired into the boiler of the Union gunboat, Mound City, killing or injuring most of the crew.

Step even further back in time in nearby Gillett, home of the Arkansas Post, which was established in 1686 and was the first European settlement in the lower Mississippi Valley region. Called the “Birthplace of Arkansas,” the post was the site of French and Spanish forts and trading stations, the scene of a skirmish in the wake of the Revolutionary War, a territorial capital, a thriving river port and a battleground during the Civil War.

Wander further south to the junction of the Mississippi and Arkansas rivers to find Desha County, home to some of the richest soil in the Delta. Desha was a regular port of call during the steamboat era, and buildings in Arkansas City, the county seat, are reminders of that time.

Arkansas City is the hometown of John H. Johnson, founder and publisher of Jet and Ebony magazines. His Johnson Publishing Company, founded in 1942, became the largest black-owned publishing company in the United States. Visitors can learn about his journey and success in the John H. Johnson Museum.

Arkansas City, as well as nearby McGehee, was nearly destroyed in the flood of 1927. But both bounced back, and thanks to railroads that provided transportation in all four directions, McGehee grew into one of the region’s largest towns.

Roughly 15 years later, the region would serve as one of 10 incarceration sites for Japanese-Americans held captive during World War II. Rohwer, an approximately 15-minute drive from McGehee, was the location of one of the longest operating camps, housing thousands. It’s now a National Historic Landmark, and the World War II Japanese-American Internment Museum in McGehee tells of its painful past.

There are some shopping and dining options, here, too. Stop by Hoots BBQ for their famed desserts or Miller’s Mud in Dumas for pottery made from the mud of the mighty Mississippi.

The drive west through neighboring Drew County offers travelers the opportunity to witness the transition from Delta lowlands to the upland timber country and Coastal Plains topography. The area is rich in beautiful, natural landscapes such as bayous and cypress brakes that once dominated the region.

Monticello, the Drew County seat, is the area’s largest town and home to the University of Arkansas at Monticello, home of the Boll Weevils. The UAM campus is home to the Turner Neal Museum of Natural History, which offers a wide variety of exhibits, including three collections of big game. Nearby Lake Monticello, a 1500-acre-plus lake with some of the best bass fishing in Arkansas, is a draw for traveling outdoor enthusiasts.

Thrill-seekers may dare visit the Allen House, a 1906 Queen Anne Victorian architecture that also features Gothic and neoclassical design elements. The beautiful home, which also features massive porch columns and multi-storied turrets, has long been considered one of Arkansas’ most haunted places.

The last Arkansas county along the Mississippi River, Chicot County, is rich in national and cultural heritage, dating to its pre-Civil War cotton plantation economy. The region is home to the picturesque Lake Chicot, in Lake Village, the largest natural lake in Arkansas and the largest oxbow lake in North America. It’s a real natural wonder. 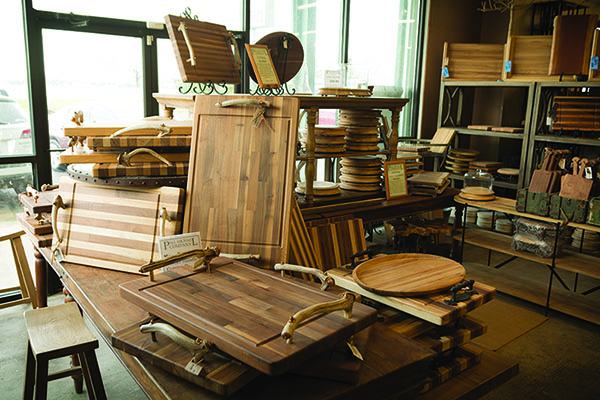 Traveling shoppers find refuge at Paul Michael Company, which offers them a wide variety of home décor items to browse, ranging from traditional to modern.

Another piece of American history sits just north of downtown Lake Village, where a marker records the site where Charles Lindbergh landed in April 1923 after completing history’s first night flight.

Just outside of Lake Village stands the historic Lakeport Plantation, the only remaining Arkansas plantation located along the Mississippi River that has not been significantly altered. The restored Greek revival home is now a part of Arkansas State University’s heritage sites. Visitors can step back in time when visiting this antebellum home, constructed in 1859.

READ MORE: Down in the Delta: Part 1