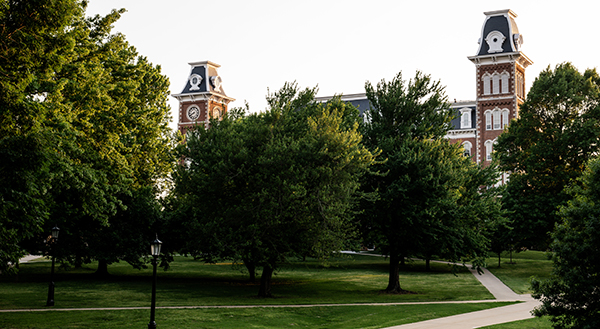 Though First Called by the Hogs, Visitors Always Fall in Love with Downtown Fayetteville

Viewed in the past mainly as the destination to see the University of Arkansas Razorbacks football games, Fayetteville is undergoing a culture resurgence that offers many more incentives for visitors to travel to the northwest corner of the state.

Travelers would make the long trek up the hill on I-49 or across the state on U.S. 63 to see the games, perhaps visit Dickson Street for any postgame celebrations and then head back. 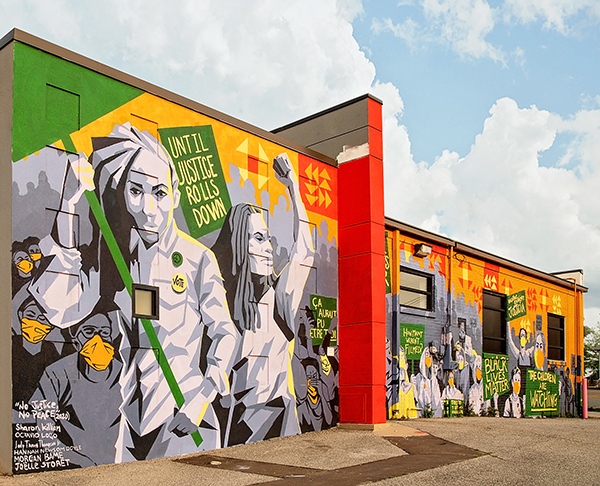 The downtown area is vibrant with life, be it the custom murals or the sights and sounds of Dickson Street.

But there are many other things to see, local officials say, and it’s a reason to stay for a while.

“This is a special place,” says Director of Experience Fayetteville Molly Rawn of the Northwest Arkansas town of 94,000. “The Razorbacks are a huge part of it. They are our No. 1 tourism driver, but there is so much more to do here.

“If you come up here for a game, come for an extra night or two. Once people see what we have, they’ll look up here for a weekend destination. Our downtown is resonating with more things than they think.” 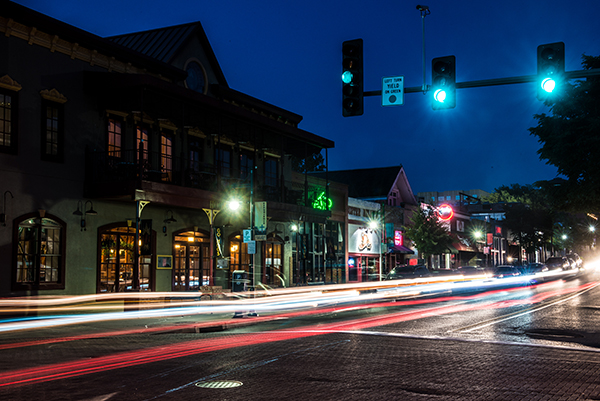 The town has always been a scenic destination, nestled in the Boston Mountain in the northwestern corner of Arkansas. Settlers, attracted by the Big Spring that ran off the edge of the mountains, first moved to the area in 1828. They named the town Washington.

Later, the postmaster wanted the town’s name changed to avoid confusion with the town of Washington in Hempstead County. Two local council members who were originally from Fayetteville, Tennessee, chose Fayetteville as the town’s new name.

It, along with Bentonville, Springdale and Rogers, has become a vibrant part of the state; there is some good-natured rivalry between the four towns, says Fayetteville Director of Public Works Chris Brown. But the towns have worked together, he adds, to better the area. The four worked on creating the Razorback Regional Greenway, a 36-mile bicycling trek through all the cities. 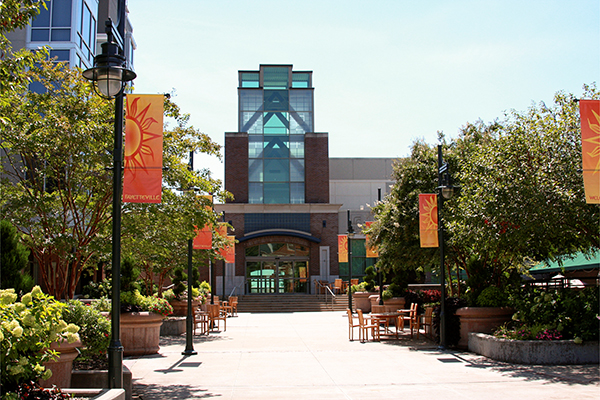 In April 2019, Fayetteville voters approved a $226.1 million bond initiative to fund several projects in the town that officials knew would draw more visitors. The bond issue featured proposals for $74 million in street repairs, $37 million for police and $31.7 million for the city’s Cultural Arts Corridor.

“We just put this city on course for about the next 15 years,” Fayetteville Mayor Lioneld  Jordan said after the election results were tallied. “This is a very gratifying win tonight.”

The bond is funded by an existing one-cent sales tax; the city expects it to be paid off within 10 to 15 years.

Part of the project includes the Cultural Arts Corridor, a 12-acre plan that will feature a 2.5-acre Civic Plaza, a 9.5-acre wooded area and a parking garage. 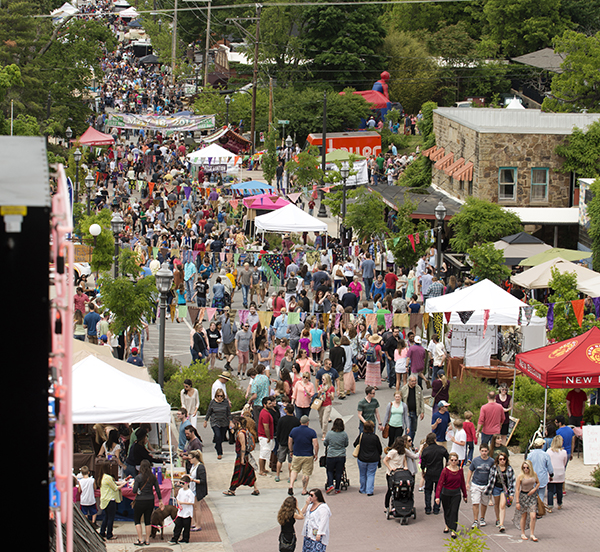 That’s part of what city leaders expect will draw people to the town.

“We had to define a mobility plan,” Brown says. “We needed a better parking plan.”

He said parking along West Dickson Street, Fayetteville’s entertainment row that connects with the University of Arkansas campus on the western end, is limited on busy nights. 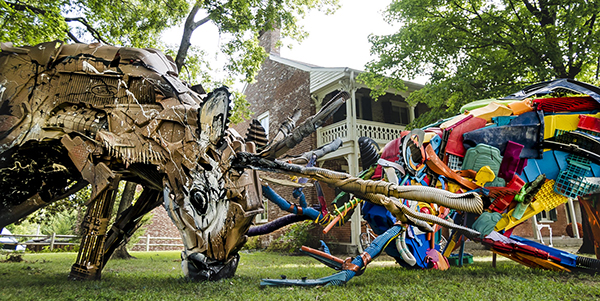 “We found that the parking gets full on Dickson quickly,” he says. “There’s quite a bit of a walk for some. We discovered we didn’t have the best pedestrian connections.”

Using the bond money, the city widened sidewalks, added ramps to meet up with Americans with Disabilities Act requirements and installed more lighting.

“There were corridors of limited lighting,” Brown says. “We put up decorative fixtures to create a streetscape for the downtown. It provides more lighting and safety and adds to the feel of the downtown.

“We’ve got a ways to go, but we’re making headway.” 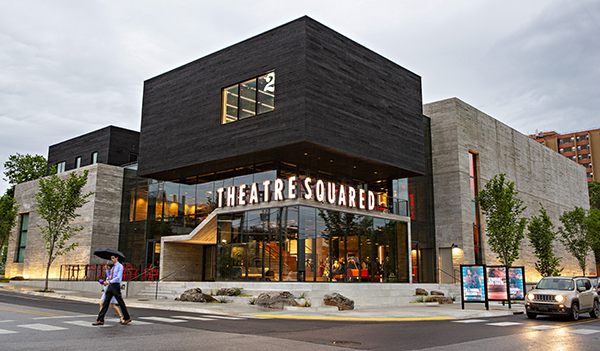 From festivals to history to art to theater, downtown Fayetteville checks all the boxes.

The Ramble, an outdoor urban park that Rawn says is unlike any other city park, is a gathering place with an event lawn, tree-shrouded pathways, a public plaza and garden spaces. Work should be completed by early 2023, and it is located between the downtown square and the university campus. It’s also close to the Walton Arts Center, TheatreSquared and the Fayetteville Public Library.

Plans also call for renovating the Tanglewood Branch Creek park with the addition of sidewalks and more lighting. 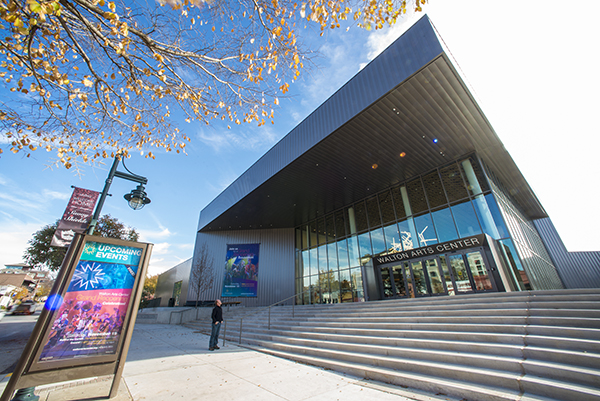 “Fayetteville is a growing part of the state,” Rawn says. “We have a great mix and a great balance. We have the natural beauty that we’ll put up against anywhere else in the state. We have the Ozark Mountains, and the Buffalo River isn’t too far.

“The Walton Arts Center is tremendous, and we have a quality theater that opened two years ago with national acclaim.”

She adds that Fayetteville has a symphony and, after a hiatus because of the pandemic, live musical performances have returned to the city. 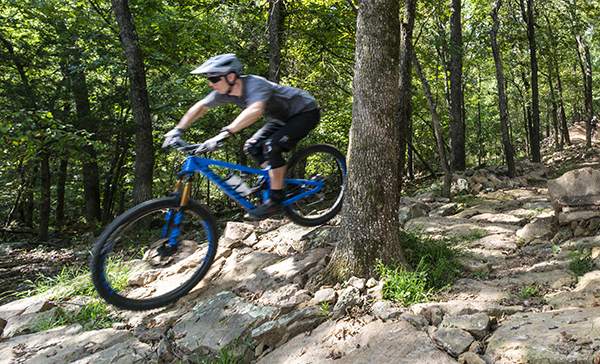 Because of its focus on bicycling, Fayetteville was recently named a “Bike City” by the Union Cycliste Internationale, a world governing body of cycling. It’s the only city in the United States to have received that designation and one of 14 in the world, including the likes of Vancouver, Paris and Copenhagen.

The Union’s 2022 Cyclo-Cross World Championships were held in Fayetteville in January, only the second time the event has been held in the U.S. 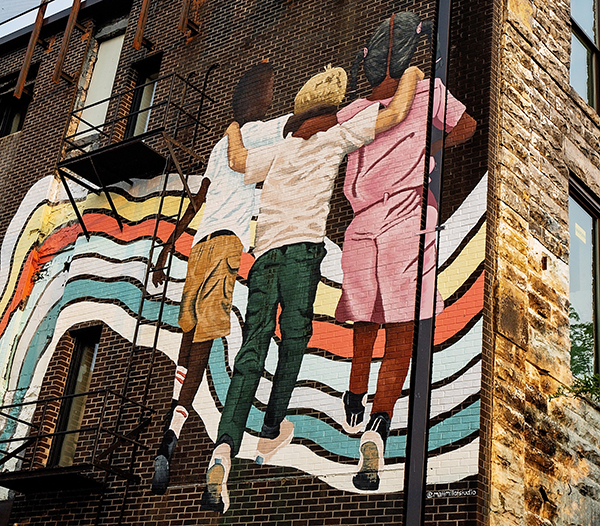 “We’re not slowing down,” Rawn says. “After the pandemic was over, we are excited to be back. We’re gearing up for a phenomenal season.”

The university’s sports teams do bring in people, she and Brown admit. The Razorbacks had a successful football season under head coach Sam Pittman and won nine games. The university’s basketball team also fared well and the baseball team is consistently ranked as one of the top teams in the country. 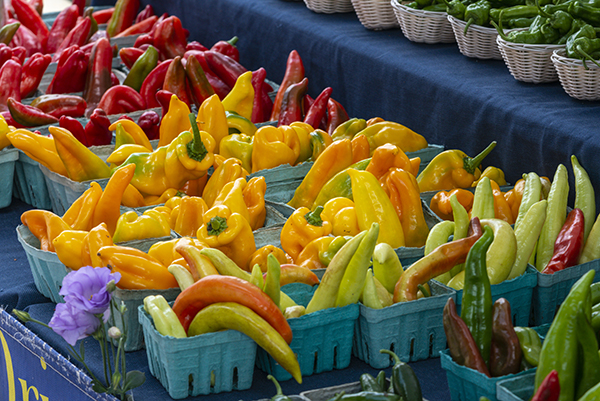 But there’s so much more than just the sports.

“When people come to the downtown square during visits to see a game, they recognize this is a special place,” Brown says. “We’ve had people come for a game and then want to move here.

“The Razorbacks may bring them here, but downtown will keep them here.” 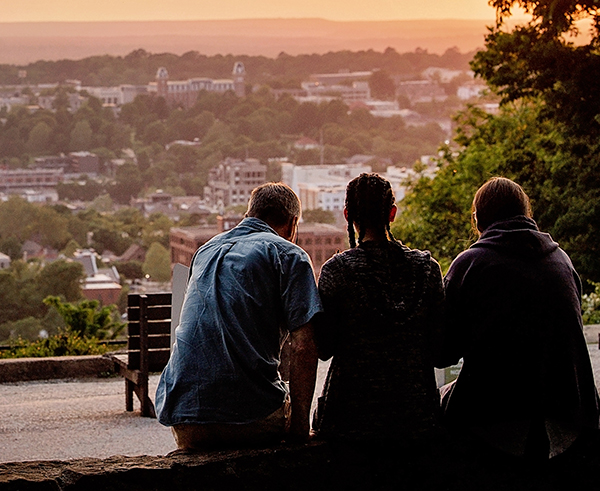 It’s a Fayetteville Kind of Summer

Fayetteville Roots on the Avenue