If you’ve driven through downtown Little Rock in the past couple of years, chances are you’ve noticed the transformation of the Robinson Auditorium into the new Robinson Center. While the exterior revisions are evident, the interior work will be unveiled Nov. 19 with a grand reveal.

A monumental landmark on the corner of the busy intersection of Broadway and Markham avenues, the girth of the building, with its Art Deco details, seems to ground the area with its breadth and architectural detail with 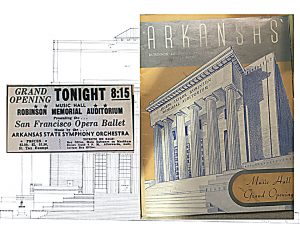 When originally opened, the Robinson Auditorium was the largest air-conditioned structure in the south. The Music Hall, renamed The Robinson Performance Hall, remains

assistance from Little Rock’s City Hall to the west, the Pulaski County Courthouse to the south and the Old State House to its east.

convention center with walls of glass and an expansive terrace revealing the Arkansas River that flows behind the structure.

For Little Rock Convention and Visitors Bureau President and CEO Gretchen Hall, the restoration ensures the longevity of the Robinson Center for decades to come. “We’re home to the Arkansas Symphony Orchestra and to Celebrity Attractions’ Broadway series, in addition to Ballet Arkansas, dance schools and more,” stated Hall. “The ambience and experiences for the audiences like symphony patrons just wasn’t there because the acoustics weren’t nearly as good as they could be. And, because of the building’s construction age, any new technology couldn’t be implemented.”

Christina Littlejohn, Arkansas Symphony Orchestra CEO, can’t wait for music lovers to hear the new upgrades. “Arkansas audiences will feel the rumble of the bass section of the ASO when we perform Jaws, see the intensity of the trumpets for Pines of Rome, and hear the orchestra more clearly from every seat in the new concert hall.” Littlejohn continued, “The Robinson’s renovation gives Arkansans a concert hall where you can hear and feel the colors of the 70 musical instruments. The renovation has created an intimate hall where the sounds of the orchestra can breathe and blend and blow us all away.”

The Arkansas Symphony will host the Robinson Center’s first gala on Saturday, Nov. 12, with its black-tie event OPUS XXXII. On Wednesday, Nov. 30, in celebration of their 50th Anniversary, the Symphony will present a free public concert, “Thank You, Little Rock.” 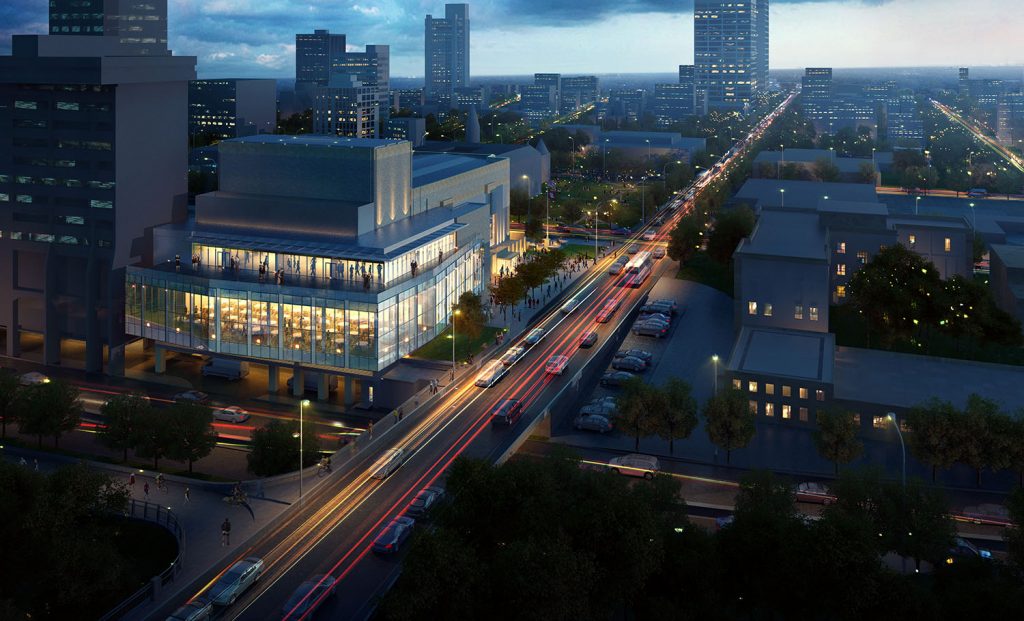 Hall’s confidence in the renovation bringing a new, expansive demand for the performance hall is confirmed by Ed Payton, CEO of Celebrity Attractions. “We are so excited about our return to Robinson! The renovations to the building make it a state-of-the-art facility. The improvements backstage were indispensable—the relocated loading dock, increased wing space and number of dressing rooms allow us to bring the biggest shows on Broadway to Arkansas and now we have two of them: The Phantom of the Opera and Disney’s The Lion King on our schedule.” Payton added, “In the theatre itself, the sound and light innovations will give the patrons a superior performance quality they have yet to experience here.”

“We’re a very intimate setting for concerts with 2,200 seats. That’s perfect for comedians, and up-and-comers, as well as for tried and true artists who are no longer doing arenas,” Hall said. “The entertainment that can now come to central Arkansas because of this renovation is going to be wonderful and it’s going to be something for everyone in the community.”

The new conference center is a brand new structure, with the largest public grass area outside of public parks in Little Rock, Hall said. It will have a seamless connection with the DoubleTree Hotel, with identical floor levels, which will be a welcomed change. Hall is pleased that the building is LED certified.

She anticipates the terrace to be a popular attraction for events and is pleased it stayed in construction plans. For the renovation to remain within budget, the terrace was the first thing to be cut, and the first added back once construction was in progress, and no unforeseen costs were expected.

Much thought went into the size of the center’s grand ballroom in an effort not to duplicate what was already here. According to Hall, smaller meetings or conventions, smaller galas, receptions and weddings are not competing 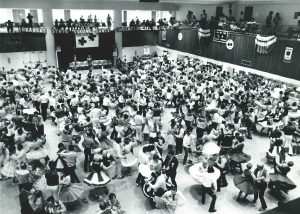 with the other facilities in town.

“You have a beautiful grand hall at the Clinton Presidential Center that seats around 200 for dinner,” stated Hall. “Then you have the Wally Allen Ballroom at the Statehouse Convention Center for larger galas that can seat between 1,000-1,300 guests. Robinson’s new ballroom will be right at 500 seats, right in the middle sweet spot.”

A History Of Multi-tasking

The basement of the Robinson Auditorium has seen its share of a variety of events from auto shows to dance competitions to wrestling and boxing matches.

When it opened as a municipal auditorium in 1939, Robinson Auditorium was the largest air-conditioned auditorium in the South. Its presence was as commanding then as it is today. It was not only an icon then. It also helped create business for Little Rock, not only for entertainment purposes, but also for meetings and conventions.

The basement of the building was used as a site for wrestling and boxing matches as well as Little Rock College basketball games. The original Joe T. Robinson High School basketball tournaments were held there, which were popular at the time. “My mother played in it when it was three on three players,” stated Hall.

The building also housed the Little Rock Water Works, where users went to pay monthly bills. In the 1970s, the Little Rock Advertising and Promotion Commission, doing business as the Convention and Visitor’s Bureau, made it their home. The Water Works, now Central Arkansas Water, is housed in its own building downtown. The Visitor’s Bureau has relocated across the street from the Robinson Center.

It was also during that time negotiations began to build a hotel adjacent to the Robinson Auditorium. The Camelot Hotel, now the DoubleTree Hotel, opened.

In 1972 the link was built to connect the hotel and auditorium with the addition of elevators and escalators. Exclusive catering rights went to the hotel once it was opened.

In 2011, prior to the successful dedication of an existing tax revenue for a new bond to pay for the renovation in 2013, LRCVB had already done a lot of research. “We had a design team, including engineers, to look at the building,” Hall said. “We had discussion with the DoubleTree Hotel to see what their needs may be.” 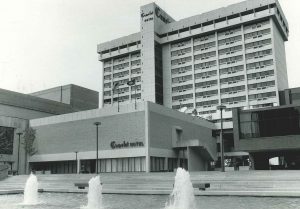 Hall said all involved were hoping to keep their entertainment icon and were thrilled to know they would be able to do so.

“lt was very important to keep the original structure if possible,” explained Hall. “Had engineers told us there’s no way to save it, obviously we wouldn’t have tried. We were very pleased when they said the building was solid as a rock; that it was built right and has great bones. It’s a win-win for the entire community.”

While the fountain on the west front of Robinson did not survive the renovation, Hall is confident the public will enjoy the new intersection leading to the new Broadway Bridge. It will assume the fountain space to make room for a 16-foot-wide pathway for pedestrians and cyclists.

“The Robinson Center has evolved to be more than the Robinson Auditorium,” stated Hall. “It’s been a fun project. A true labor of love to know the Center will be here for another 75 years.”