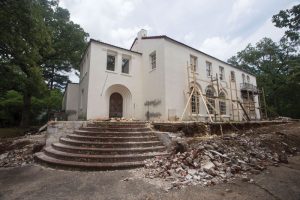 Chris Olsen’s dream home is shown here before the home and garden guru began transforming it back to its Spanish Colonial glory.

When Olsen spotted the grand Spanish Colonial home – with quite the storied past – on Skyline, he wasn’t actively seeking a new place to dwell. “We weren’t even looking, and the house wasn’t for sale, but it had the three things I’ve always wanted in a home – I’m from San Diego and always wanted a Spanish home and also a u-shaped courtyard and sunk-in family room.”

Olsen became the ninth owner of the 1927 home after some back-and-forth negotiations with the daughters of the former owner who is deceased. “The home had been vacant, with everything still in it, for three years,” he noted. After gaining possession of the home in October, Olsen and his partner, Kevin Green, an interior designer, quickly began renovations to make the home event-ready.

“I love a challenge,” Olsen says, giving a quick tour of the historic home, which has seen its share of parties, from hosting the New York Yankees during their training days in Hot Springs to everyday gatherings of the many families who have called Edgemont home.

They’ve already hosted 10 events, with about 50 scheduled this year, Olsen said. Edgemont is available for corporate events, weddings, photo shoots, a stop for bus tours for the cities of North Little Rock and Little Rock and more.

For those of us who fret at getting our home ready for a few guests once in a while, Olsen advises to entertain at least once a year because it forces you to get things done you otherwise might put off. And when buying a home that needs renovations, he says, “Live with it for a while to figure out what you really want. There’s no need to rush.” 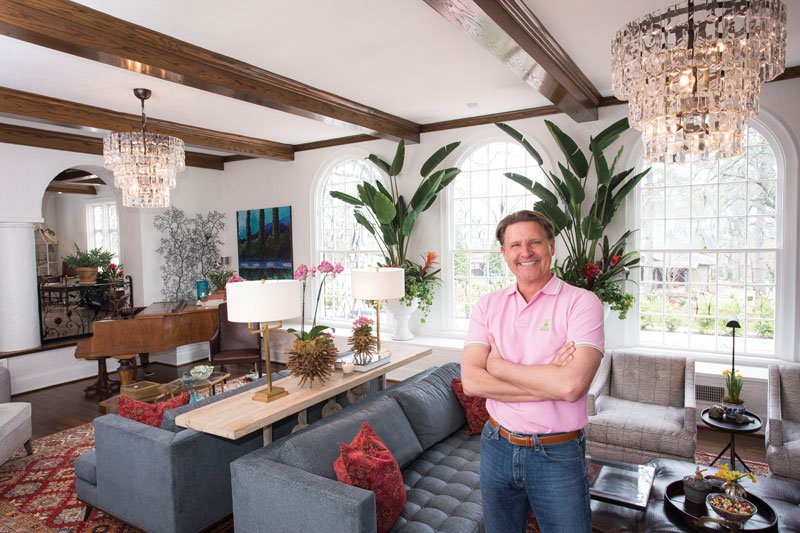 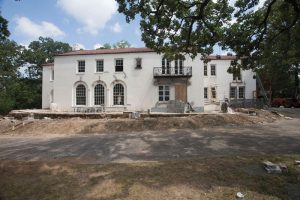 The sunk-in family room is Chris Olsen’s favorite in the grand home that was the first to be built in historic Park Hill. He added the beams and installed new chandeliers, using the old ones in another part of the home. Uncovering the windows’ iron grates in the basement, Olsen restored them and put them back in their original place to protect the windows. 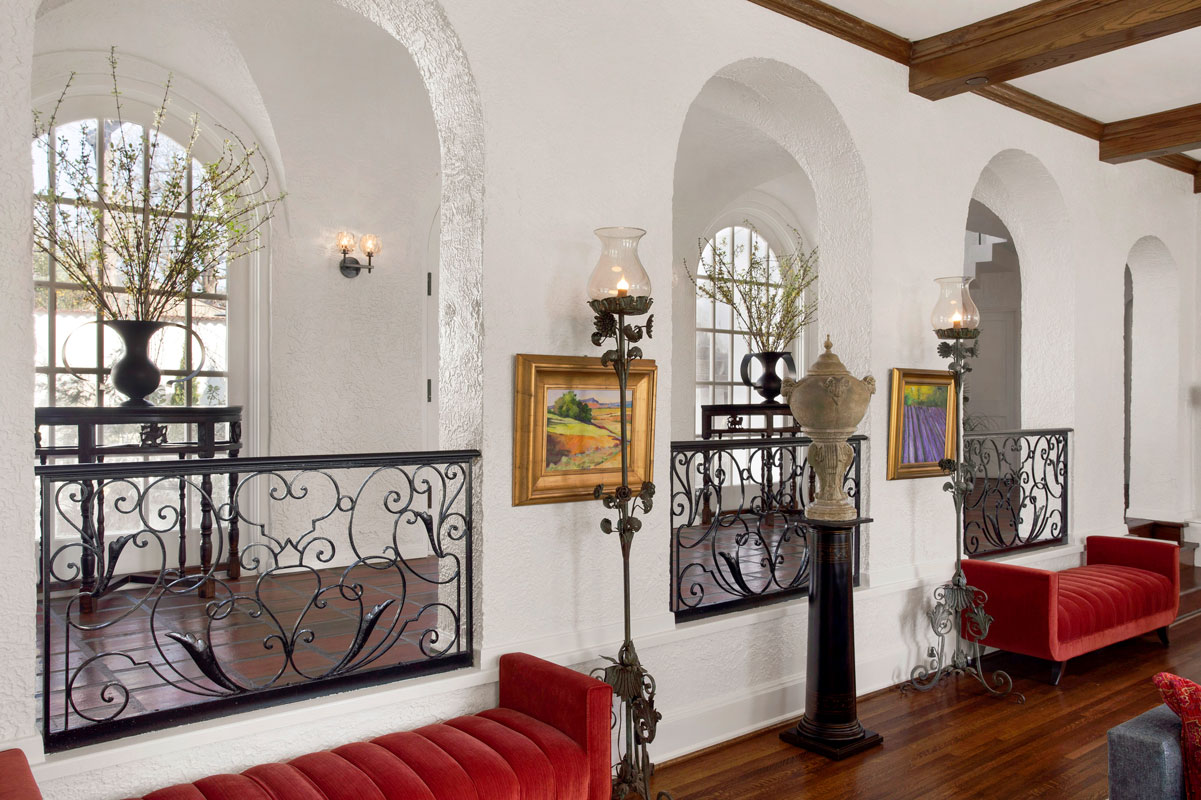 Olsen kept many of the original features of Edgemont – the name he has given the 1927 Park Hill home. A Spanish Colonial home in architecture, its interior has a Parisian flair, especially in the living room, which sets the tone for the eclectic flair throughout the home. 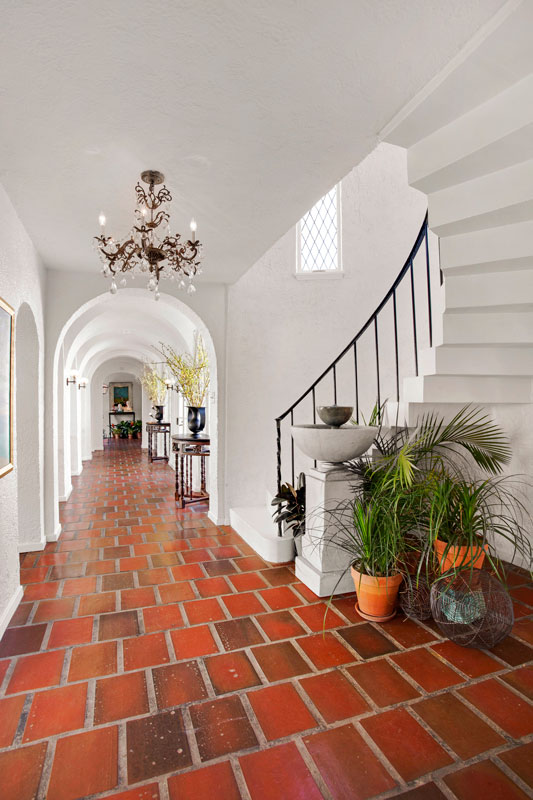 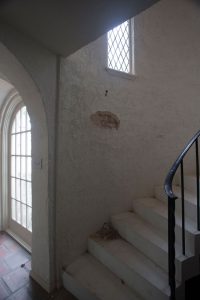 The floors in this photo are original to the home. Olsen and his partner and interior designer, Kevin Green, have incorporated new pieces, such as the hall sconces, with older decor like the hallway’s chandelier next to the winding staircase.