There could be no more perfect of a subject for the closing night screening during the 25th annual Hot Springs Documentary Film Festival, than Ed Asner. Many will recognize Mr. Asner from his role as Lou Grant in the Mary Tyler Moore Show, the CBS series The Good Wife, or the Broadway production Grace, just to name a few. He has received multiple Emmy Awards and Golden Globes, among other astounding achievements. Ed Asner holds a strong repertoire of not only versatile talent and critical acclaim, but charitable and philanthropic contribution.

The closing night ceremony of the Hot Springs Documentary Film Festival will begin at 6:30 on October 15 at the Arlington Resort Hotel & Spa. The film “My Friend Ed” is about Asner’s life, career and activism and will be shown at 7:00. Following the screening will be a Q&A with Mr. Asner, director and filmmaker Sharon Baker, and friend and television co-star Robert Walden. The ceremony will conclude with Ed and Sharon being presented and honored with the Spa City Spirit Award, sponsored by Heifer International. 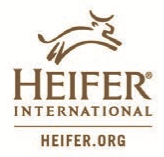 Ed Asner and Sharon Baker will receive the Heifer International Spa City Spirit Award for the film “My Friend Ed”. Ed Asner has been a spokesperson and host for several Heifer campaigns and events and is a passionate advocate for Heifer International. This special night will not end with the presentation of the award, but will carry over into a night filled with after parties, music, and celebration.

The Plant-Based Brunch at Esters
July 23, 2021
Go to Top
Never Miss An Issue!