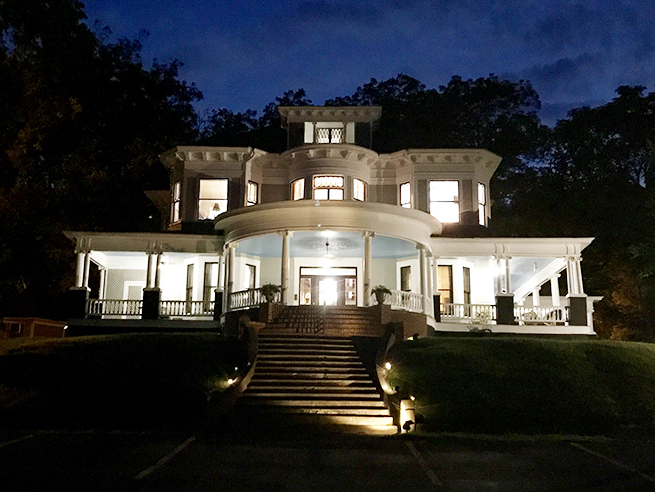 Near the banks of the Mississippi lies the historic town of Helena with various attractions including antebellum and Victorian homes.
Among the vintage homes is a bed and breakfast known as the Edwardian Inn. For more than a century, the house has stood the test of time and continues to make history.
In 1885, cotton merchant William A. Short moved his family from Mobile, Ala. to Helena. Short managed the Helena branch of the Howell Cotton Company before going into business for himself. During the 1902-1903 season, Short and his partner had a booming cotton business. With his earnings, in 1904, Short spent $100,000 to build his family the 85,000 square foot, 12-bedroom house that sits on the site of a Civil War battle.
Short hired the Clems brothers to build the house after they built two others in town. Where the Clems brothers are from is controversial in Helena. It is believed that the brothers utilized several sawmills in the area as well to provide quarter-sawn oak paneling and German wood carpeting. The mantels placed throughout were floated down the Mississippi from Chicago. While the house was built to last, Short’s business was not. In 1917 bankruptcy forced the family to move and the house to be handed down owner after owner. 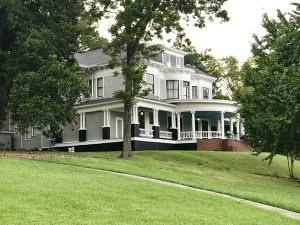 By the 30s the house began to serve as various businesses such as “Helena’s only funeral home,” family apartments in the 50s and 60s, and a rehabilitation center called Delta Haven in the late 60s and early 70s.  After the rehabilitation center closed, the house was abandoned.
Structurally, the house remained in good condition with an exception of the original porch, which has since been restored to the original look. In the early 1980s, a group of 12 investors joined together to purchase the building for next to nothing. Their plan was to open a 10-bedroom bed and breakfast. With the rooms still intact, the group added bathrooms to the individual rooms, decorated giving each room its own personality and named them. A few of the rooms are named after Civil War generals while the rest are named after significant people in the area, including Mr. Short himself.
In its current state, nine rooms are available to guest. Despite the house being more than a century old, the amenities offered are modern. Rooms are equipped with free wireless internet, USB charging hubs and Roku Smart TVs. You can get cozy in a king-sized bed or come together with friends and share a double bedroom with friends for a getaway.
Although it’s been restored and renovated over the years, stepping inside the Edwardian Inn may take you back in time. Although not all the original objects remain, several amenities date back to the time when it was originally built. Two crystal chandeliers from 1915 glow above the original dark German carpet on the first floor. The doors, mortice locks and nine mantels remain in the house from the time it was originally built.
The current owners, Amber and Joel Tipton, moved from Dallas, Texas in September 2015 to take over the inn. Amber worked in retail and Joel was working in the corporate world when they decided to do something different.
According to Joel, “each owner has tried to add their own flair.” The Tiptons are currently working on updating their own living space in the back of the house on the first floor, the first-floor wallpaper, and the exterior. When they first arrived, they updated and renovated the entire third floor. “We try to keep it as original as we can and salvage parts to use in other areas of the house,” he said. 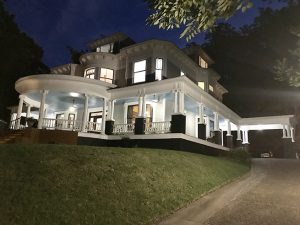 Stay the night at the Edwardian Inn

Don’t forget about the homecooked breakfast if you stop by. Guests may start the morning with Greek yogurt, fresh fruit and homemade granola. The main course menu offers a tribute to the South with chocolate gravy and biscuits, homemade southern egg and sausage casserole, seasonal pancakes and more.
With its history and charm, the inn draws in approximately 4,000 to 5,000 visitors each year from across the nation as well as across the pond. The inn welcomes several international visitors each year, most coming from European countries as well as Australia and New Zealand, just to name a few.
“We’re just trying to be stewards of the community and revive a small Delta town,” said Joel.
The inn has been published in the top two travel guides in Europe, the book, The List of 1,000 Places to See in the U.S. and Canada Before You Die, recognized by The Mississippi River Geotourism Program with sponsors from National Geographic and the Mississippi River Connections Collaborative and is considered a destination spot by National Geographic.
Whether you’re in town for a blues festival, a honeymoon or you’re a history buff, the Edwardian Inn is ready to welcome you.
Check out more interesting facts about Helena-West Helena!