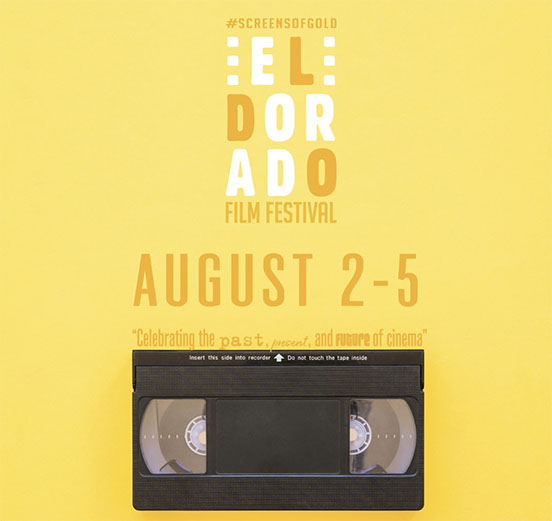 Arkansas is getting a taste of Hollywood this weekend. El Dorado is hosting its annual film festival, featuring local, national and international films.
The 2018 El Dorado Film Festival runs from Thursday, Aug. 2, to Sunday, Aug. 5.

Over 200 films were submitted to the festival this year, according to Bob Tarren, Chief Marking Officer for the Murphy Arts District in El Dorado. This number was whittled down to just over 30 films. “Like most film festivals, we vet them to try to find the ones we feel are the best,” he said.

The majority of films will be short films, which are divided into blocks. The blocks include narrative shorts, comedic shorts, student-made shorts and Arkansas-made shorts. There are six Arkansas short films in the fest.

Three feature films will be screened as well. Lucas Fairchild’s Indivisible opened the festival on Thursday. Ned Ehrbar’s The California No and Dom Denoir’s Winter Ridgeare also features screening during the 2018 festival.

While the festival is meant to be a fun time for both the audiences and the filmmakers, there is some competition between films. Awards will be handed out, and filmmakers will be angling for the top prize, a $1,000 cash prize and the Golden Spudnut. The award, which pays homage to a popular local doughnut, is for the best film in the festival.

This year’s festival is the fifth edition of the El Dorado Film Festival, which was founded in 2014. Starting in 2015, the fest partnered with the South Arkansas Arts Center to put the event on.
Since its beginning, the festival has steadily grown and increased its stature among filmmakers. Films from as far away as France, Ireland and Germany were submitted this year. “The awareness on the part of filmmakers is much higher. Anybody that’s involved in film festivals will tell you it takes a while to get traction. There are a lot of film festivals spread around the world,” Tarren said.
Movies aren’t the only events you can enjoy in El Dorado this weekend. There will be plenty of music acts performing in the Murphy Arts District to keep your feet tapping while you wait for the next movie screening.
Kiefer Sutherland will perform Friday night at 9 at Griffin Music Hall. Rick Brantley will open for Kiefer, starting at 8 p.m. Tickets to the indoor concert will be $35.
On Saturday, Aug. 4, festivalgoers can check out Monty Russell, who will be giving a free concert at Griffin Restaurant. Russell is the grandson of Leon Russell and has shared the stage with Willie Nelson, Merle Haggard and numerous others.
Don’t forget to stick around to watch Jeff Coleman & the Feeders later that evening, at 9 p.m., at Griffin Restaurant, for a free concert.
Visit the El Dorado Film Festival website to check out the fest’s film line-up.
Check out more events going on around Arkansas this weekend.