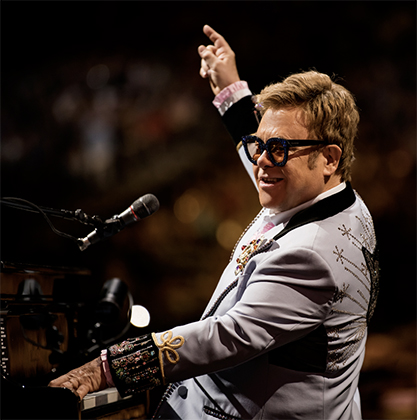 Tiny dancers, get ready to do the “Crocodile Rock.”

Elton John is swinging through Arkansas next year on his farewell tour. Today, the tour announced that it would be adding dates to John’s three-year “Farewell Yellow Brick Road” tour. One of those added dates includes North Little Rock’s Simmons Bank Arena.

During the tour, Elton John is expected to play more than 300 shows across five continents. The tour will run until 2021 and span North American, Europe, the Middle East, Asia, South America and Australia.

Now 72, John says it is time to wind down his touring days. “It’s time to come off the road so I can fully embrace the next important chapter of my life,” John said in a statement.

Concert tickets can be purchased as the Simmons Bank Arena box office or at www.ticketmaster.com.

READ MORE: Cher is Coming to North Little Rock in 2020