aptist Health’s Bolo Bash Luncheon is one of the most sought after events each year, noted by standing room only attendance.

The luncheon not only raises valuable funds for community projects, it also presents guests with a diverse, entertaining and inspiring time with fascinating nationally recognized guest speakers.

This year is no exception with best selling author, motivator, and chef, Georgia Pellegrini, touted as a modern day pioneer with her movement to reconnect with our roots of living off the land. 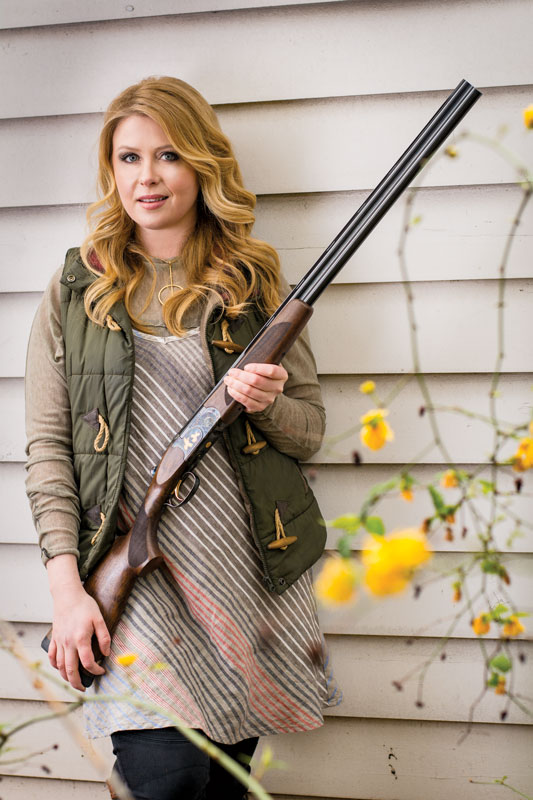 With praise for her best selling books, Food Heroes, Girl Hunter and her latest, Modern Pioneering: recipes, projects, and skills for a self-sufficient life, Pellegrini is all about living life in the moment close to nature. Recently honored as a Top 10 Most Influential Women in the Outdoors, she has appeared on shows from Jimmy Kimmel to The Chew to Food Network’s Iron Chef America and Arkansas’ own P. Allen Smith Garden and Home. Her writing can also be read in the Wall Street Journal.

The Bolo Bash Luncheon isn’t Pellegrini’s first visit. Arkansas is one of the states that validates Pellegrini’s love of the wealth of cultural experiences presented by nature and her efforts to encourage more Americans to appreciate and respect the benefits nature presents.  Pellegrini has walked, hunted and fished Arkansas’ woods and waterways often during the past ten years. Her experiences and friendships made during her visits to the Natural State resulted in her second book, Girl Hunter, centered around stories of people in the Delta region of Arkansas including the Lake Village area. Her mention of Lake Village caused our mention of one of the town’s most visible businesses, The Paul Michael Company, pg. 24, which evoked a laugh from her, “Paul is a good friend; talk about a small world indeed.”

So how does a girl from the Hudson Valley region of upstate New York find herself as a leader and encourager of women to pick up a rifle, rod and reel and to venture out into the wilderness as hunters and fisherwomen? “I grew up living off the land. I fished and foraged as a child. I didn’t start hunting until after becoming a chef,” she explains. “I was fortunate as a child, growing up on land that was owned and farmed by my grandparents.  I would fish trout in the morning and eat that for breakfast; I spent a lot of time ‘in the dirt’ as a kid. Unfortunately, I got away from that connection with nature during and after college, but I eventually came back to my roots.”

Her entrée into the culinary world began after feeling unfulfilled with a grinding career on Wall Street. “It was a very organic thing to make that move. I became a chef after I left the corporate world, and I wanted to get back to the land and have a full connection to it. Part of that was wanting to learn to hunt.” 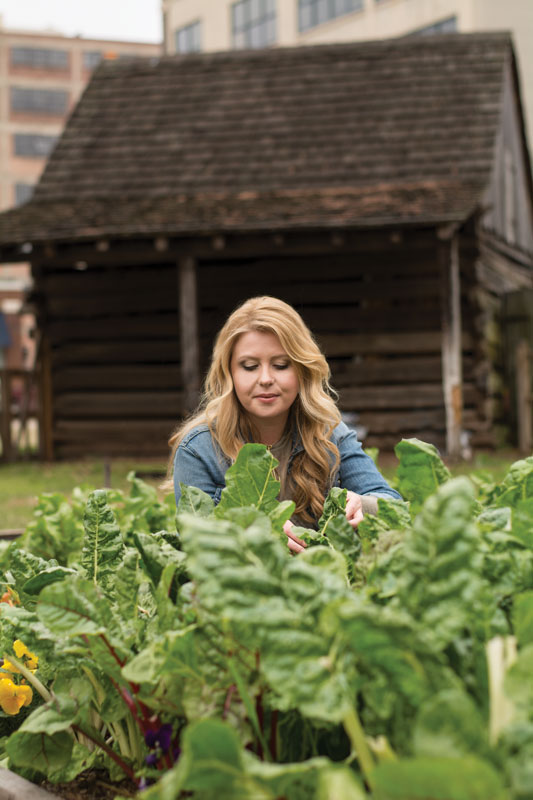 With a culinary degree in hand, and time spent as a chef, we were curious as to her ease of moving from a New York City girl back to being a country girl and now also a hunter. “For me, as a chef, it’s all about food, what I can cook and make delicious, and about the people you’re with in that moment.” She continued, “In Arkansas I have hunted wild boar, deer, squirrel, which is some of the best meat in the woods; dove and obviously duck, after all, it is the duck capital of the world. There’s such a diversity of game in Arkansas which is unusual for most states.”

From her travels, Pellegrini wonders if Arkansans truly recognize and appreciate the accessibility and bounty of food afforded to them. “I have a good perspective on the outdoor culture of different states, and Arkansas has an incredible access to nature and it’s easy to take for granted.” According to Pellegrini, Arkansans are fortunate to enjoy such a connection to the land. Her point is confirmed by Arkansas Game and Fish noting 17% of Arkansans hunt or fish which is on the higher end of most states.

Pellegrini laments on the cultural losses, which she describes as a loss of manual literacy. “Manual literacy is important. It’s the ability to use your hands in a fundamental way; the dignity of knowing useful skills as simple as knowing how to cook with foods from a garden or changing a tire or fixing your own sink or toilet. There are so many basic things we just don’t know how to do anymore.”

According to Pellegrini, this loss of basic know how, makes us vulnerable in this day and time. “The economies are always changing, the demands for different types of skills is always changing; but what will never change is the ability to be able to use your hands to be self sufficient.”

“Our most powerful tool is our two hands. Unfortunately with the information highway and the growth in technology, we’ve lost touch with those natural instincts that are part of our evolutionary beginnings.

According to Pellegrini, people want to get back to ‘something tangible and real’ in spite of the fast paced world influenced by technology that most live in today. “Children know how to use an IPhone but they don’t how to peel a carrot, ”  she laments.

In response to readers and followers of Pellegrini’s writings, she began to develop adventure getaways for women. “People are seeing something they wanted to get away from. They are feeling trapped in a corporate world and that desire for outdoor experiences soon grew into an audience that propelled my career forward to expand into these getaways.”

According to Pellegrini, women come as far away as South Korea to take part in the excursions into nature. “It’s stepping out of your comfort zone. It’s empowering and life changing.” The diversity of the women is across all ages,  from 22-78; their outdoor experiences range from women who are totally new to the idea of hunting and fishing to those who grew up around hunters.

“The common denominator among women is they’re a bit fearless, they want to meet new people, and they don’t take things too seriously,” Pellegrini said.

Because of the intimacy of the hunting experience provided by the excursions, women not only developed new friendships, they sought a way to maintain them. “A totally organic thing, separate from me was women having reunions with their groups over the past 6 years.” 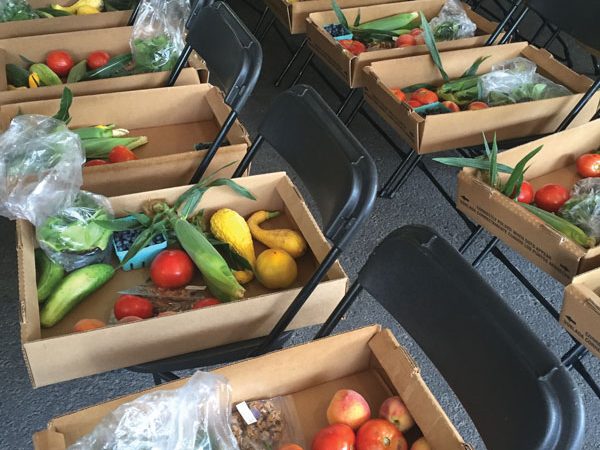 Baptist-Health’s Charity Food Boxes are distributed to high-need families in neighborhoods and communities with limited access to fresh foods. Photo by Marci Burns.

Pellegrini’s mission is to continue to spread the gospel of incorporating many of the cultural skills of taking care of ones self, now being lost, as most people live fast paced urban, modern lives. “Arkansas is in a very special position, with an opportunity to be taken advantage of with its incredible natural resources that can make Arkansas a model state,” stated Pellegrini.

When asked what her message will be at the Bolo Bash Luncheon, she laughed replying, ‘That’s a secret, you’ll have to be there to hear!”

The Bolo Bash Luncheon is April 19th. For more information, go to baptist-health.com. Proceeds from the luncheon will benefit Baptist-Health’s Charity Food Box Program, which provides access to local produce and nutrition education. With volunteer support, boxes of produce from the Baptist Health BHealthy Farmers Market are distributed to high-need families in neighborhoods and communities with limited access to fresh foods.