Endure the Dirt Revives for 2021 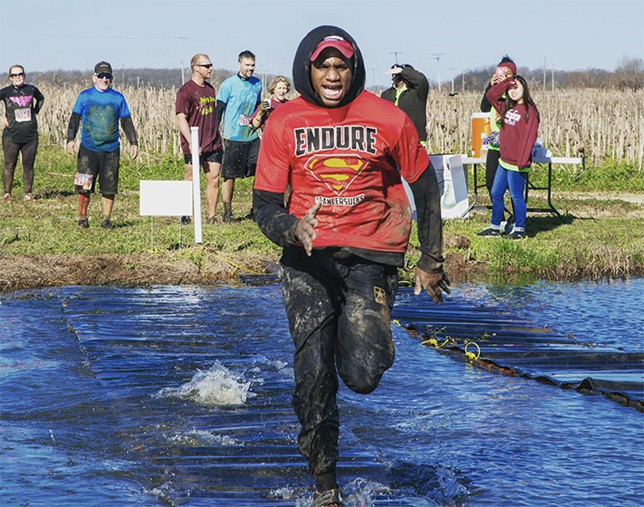 After a one-year hiatus due to COVID-19 restrictions, Endure the Dirt 5K obstacle race will once again challenge adventure runners while supporting a good cause. This year’s event is slated for March 13, starting at 8 a.m. outside Mack’s Prairie Wings in Stuttgart.

“Because of COVID, we are doing different groups, and everybody will have a time and we’ll have only so many people on the course at a time,” said Misti Coker, race director and co-founder of Personal Pep Rally, which benefits from the event. “We’ll have designated entrances and exits. Spectators aren’t allowed this year, but we will have workers who will spray down the obstacles where your hands actually touch something.”

“We’re really taking COVID seriously; you can go to our website, PersonalPepRally.org and click on the Endure the Dirt tab. All the information is on there. People need to know that we’re taking all precautions.” 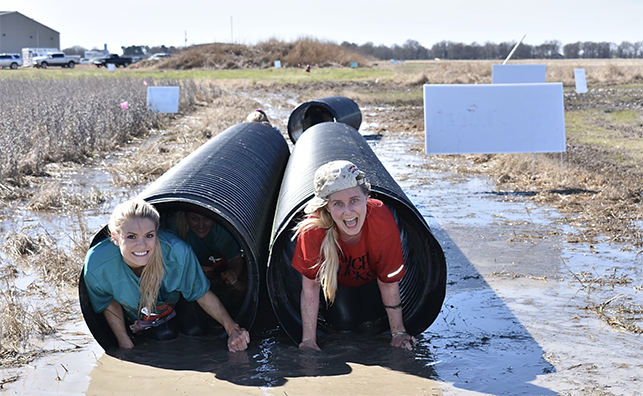 Personal Pep Rally, a nonprofit that provides “joy mail” care packages to cancer patients across the country and internationally, also funds scholarships for students touched by the disease and does other cancer-related charitable work. Coker, a retired schoolteacher, co-founded the group after experiencing the illness of her son-in-law Marc Stringer, who succumbed to esophageal cancer in 2020 after a three-and-a-half-year battle.

“For me, the organization was one: a way to keep Stringer alive,” Coker said. “But it’s also a mission for others who are walking in the same shoes. I get phone calls, I get text messages, I get emails with questions. And not just questions, they just want somebody with them.”

“So, there’s so much more to our organization than just a name and cancer. It’s about caring for people and what we can do for other people. I think that’s what God puts us here for, to be His servant. That’s my mission.”

The 2019 event raised $100,000 for the organization and was trending to do even better than that in 2020 before it was canceled. Coker hopes to raise at least $50,000 in the 2021 event, saying cancer patients have been particularly hard-hit by the events of last year. 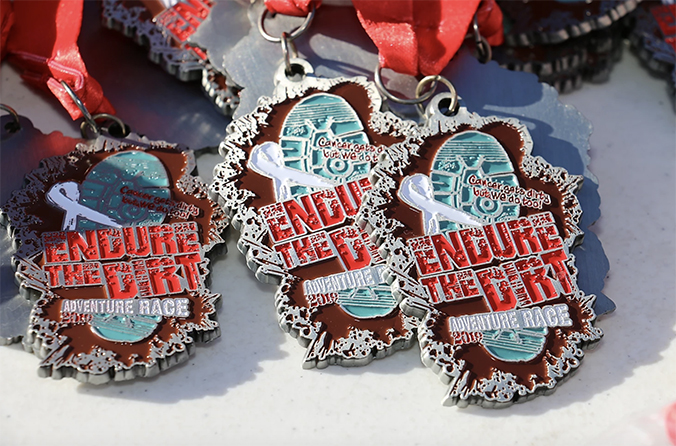 “COVID has been an extra stress on the cancer patient because not only did a lot of people not go to the doctor from March to June, when they started going back to the doctor in June and July, their cancer was actually at a higher stage,” she said. “I know one guy, he had scheduled a colonoscopy for March and it got canceled because of COVID and rescheduled for later. By the time he got to that, and I think it was May, he had stage IV colon cancer and he’s 32 years old. They’ve given him like nine months.”

At the same time, Coker said the close-knit community of Stuttgart has been extraordinarily supportive of Personal Pep Rally’s work – work which reaches patients in 32 states, 80 cities in Arkansas and even families in Canada.

“My goal for this year is to really get the word out there and try to get more corporate sponsors and bigger sponsors [for Personal Pep Rally] throughout the United States because we just don’t serve Stuttgart,” Coker said. “My mission this year is to make people understand how many people we do reach and that cancer doesn’t stop and we continue to send joy mail even though COVID.” 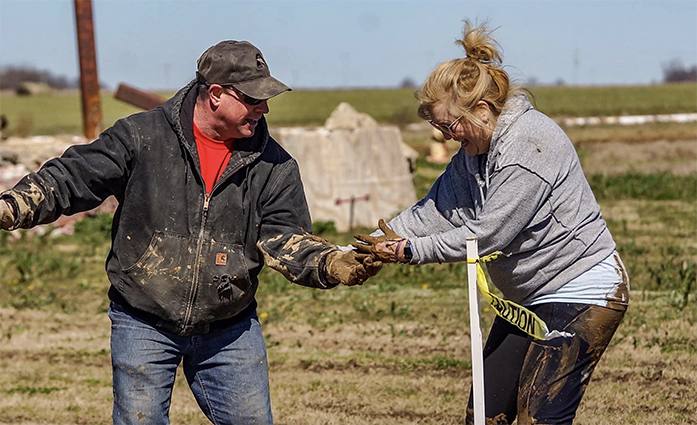 In addition to race proceeds, Personal Pep Rally is supported by donations and by sales through Pass on Joy, a retail enterprise Coker launched that sells care packages for any occasion to the general public. Like all businesses, Pass on Joy also had its share of challenges in the past year.

“At the beginning of COVID, it was awesome. So many people ordering online,” she said. “Our online business has slowed down a little bit, but we still have shopping going on. People are still buying and sending joy. It’s just a good reminder that when you shop with us you are sending joy to anybody you want to, but in turn you are also giving back to the cancer patient because part of the money goes into that.”

Coker said the race, a mud run that includes 14 obstacles, is the kind of event that her son-in-law loved to do. Although he never got to run in Endure the Dirt, she said his spirit permeates the course, just as it does through all areas of the organization. She said her daughter and Stringer’s widow Lauren summed it up best recently. 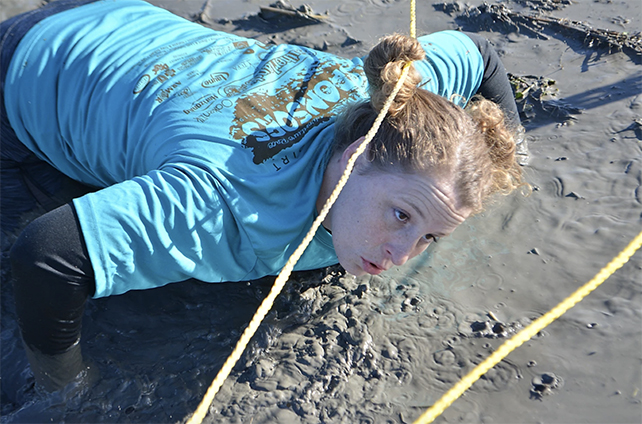 “Lauren wrote this post the other night on her Facebook page and I was like ‘Oh my gosh, that is so true,’” Coker said. “She wrote that she had always said that Stringer never got to participate in Endure the Dirt because of cancer. He wanted to so bad, but every time that weekend approached, he either had a procedure or he had something going on and he couldn’t participate. But then, she said in her post that that was not true because as a cancer patient he endured the dirt every single day.”

“That is the mission of all the obstacles. We want those [runners] to approach an obstacle and realize that those obstacles stand in front of a cancer patient every day. It looks different than it looks to us. It may be chemo, it may be radiation, it may be the inability to eat. No telling what. But they face obstacles every single day and that’s why we do Endure the Dirt.”

READ MORE: Never Give Up