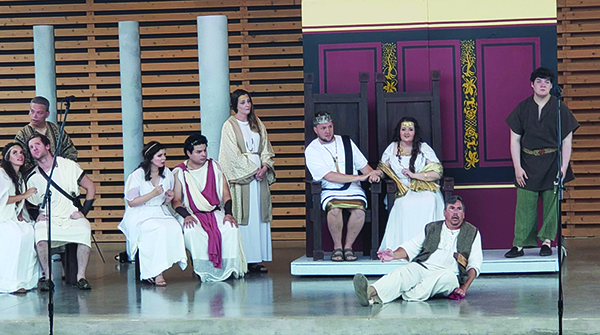 In 2018, a group of friends gathered to reminisce about what they lost when their old community theater closed. The Sager Creek Arts Center had provided Siloam Springs with performances for more than 30 years when it had to close four years prior. The group of six people had all been members of the Sager Creek Arts Center, and they missed the thrill of organizing shows that involved the entire community. They decided that night to start a new organization, which became the Siloam Springs Center for the Arts (SSCA).

“We were talking about how much we missed theater, and we realized we wanted to start a new organization. It would not be just for theater, but that was our bread and butter,” says Jan Lauderdale, a founding member of the SSCA and a current member of the board of directors. “So, the Siloam Springs Center for the Arts was born, and we hit the ground running.”

Their mission was to cultivate the arts in Siloam Springs and encourage creativity through any medium possible, from theater to visual arts to music. The new members of the SSCA had one major problem, however: they had no theater. The SSCA’s primary goal became finding a space to perform, and a potential solution appeared almost immediately. 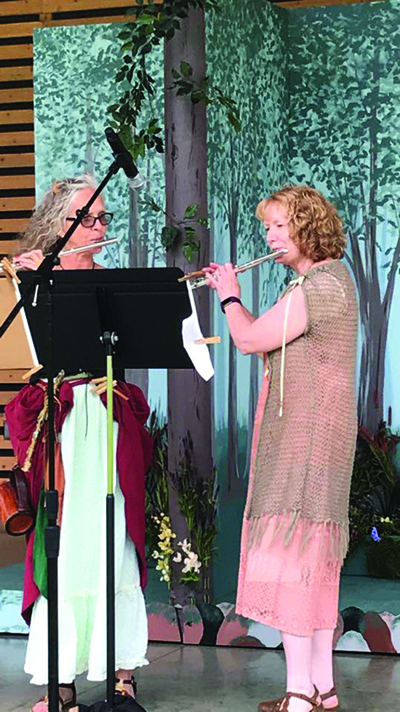 “We found an historic building in downtown Siloam Springs,” Lauderdale says. “It was built in the early 1900s, and it had been an Old Mill and then a variety of other things. We were able to go inside while they were clearing it out. There was a space for art galleries, a theater space, and it would’ve been perfect.”

The new SSCA board bid on the facility and had six months to come up with the money to purchase the building. However, six months came and went, and the SSCA was unable to raise the money. The SSCA was left without a permanent performing space, and the organization was close to shutting down before it even got started.

The people behind the SSCA, however, were determined to bring theater back to their community, so they adjusted their plans. In December 2018, the SSCA organized its first show, a performance of It’s a Wonderful Life: A Live Radio Play. The Christmas show was intended to be a one-night-only performance in the banquet hall at 28 Springs Restaurant. The group was careful to keep their expectations modest; this performance was their first attempt at community theater since the Sager Creeks Arts Center had closed its doors, so they had no idea how interested audiences might be. They held a fundraiser to help pay for royalties, set design and lighting, and a troupe of volunteers signed up to audition and help set everything up. When the tickets went on sale, the SSCA hoped for the best. The show sold out in a week.

“It was such a success,” says Lauderdale, who also directs most SSCA performances. “We were completely sold out, and then Main Street Siloam Springs asked us to do a second performance. When you put a show together, it takes so much work, so you want to be able to do it again.”

The next day was a whirlwind. 28 Springs could not host another show the following day — its banquet hall requires booking weeks in advance, particularly during the holidays — so the SSCA was without a theater once again. Main Street Siloam Springs, however, guided them to the Community Building that is just across the street. Despite not being a theater, the building has a stage, and the SSCA was eager for any opportunity to perform again. Lauderdale, her performers and other volunteers loaded up their equipment, from costumes to lighting to setpieces, and transported it to the new venue. More than 200 people attended the Sunday afternoon performance, less than a day after the first.

“We knew then that Siloam Springs wanted community theater back,” Lauderdale says.

When the Memorial Park Chautauqua Amphitheater was completed in 2019, Lauderdale and the other leaders of the SSCA saw the potential to perform in the heart of downtown Siloam Springs. Lauderdale began preparing for a production of A Midsummer Night’s Dream for a Shakespeare in the Park show in June 2019. When the day came to perform, Lauderdale and other SSCA members eagerly approached their second attempt at a big show. 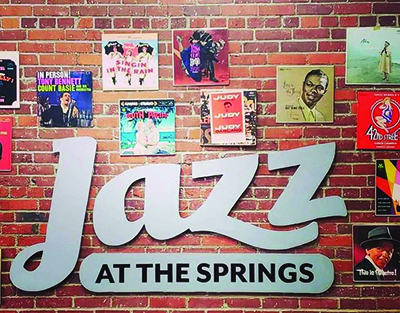 “I didn’t know what to expect. We’d never done Shakespeare in Siloam Springs before, so I didn’t know how people would respond,”  Lauderdale says. “The performance was one-night-only, it was completely free, but when we got there, it’s supposed to thunderstorm. I’m thinking to myself, ‘How am I going to make this happen again?’”

The outdoor performance, which was completely free to the public, was interrupted and then forced to be canceled due to a lightning storm. Despite the threat of bad weather, 300 people had still shown up to watch the performance. The enthusiasm for theater encouraged the actors, and they were able to reschedule A Midsummer Night’s Dream for a different day. More than 500 people were in attendance for the performance.

“Bands had been booked for the amphitheater before our show, but nothing had sold out before us,” Lauderdale says. “Afterwards [the City of Siloam Springs] said, ‘We want you to do two plays next summer.’ They didn’t realize the community wants theater! We involve the community in our performances. There’s just something special when you see people know up there playing a role. That just adds something to a performance.” 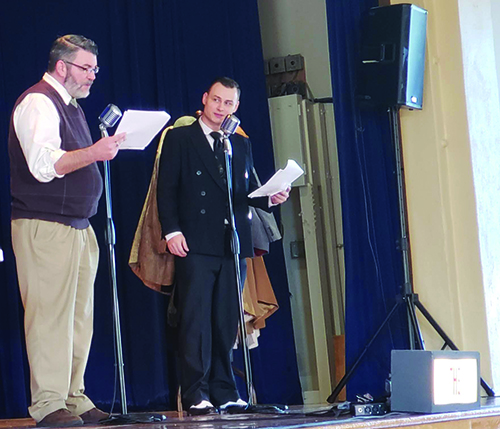 Rehearsing for the 2018 It’s a Wonderful Life performance.

The SSCA is determined to give the community more than just theater. After those successful first performances, the SSCA knew that it had the support of its community to continue bringing the arts to Siloam Springs. The organization has continued to partner with downtown businesses, which has included additional performances at 28 Springs and displaying locally made art downtown. A Home Brew Competition in May 2019 was a hit as well. People registered and then brought home-brewed beer to be judged by members of the community. They also launched a photo essay contest at the beginning of 2020 that encouraged children to send in photos and essays explaining what they love about Siloam Springs.

Many of the performances in that first year are intended to be annual events, from Christmas performances to Shakespeare in the Park every summer. The SSCA was planning for 2020 to be its biggest year yet, with two different shows at the Siloam Springs amphitheater and even more events. The novel coronavirus pandemic, however, put many plans on hold and has halted theater entirely. Gathering in theaters, even outside, has simply become impossible.

Some traditions have continued, though they look slightly different. SSCA has participated in the Siloam Springs Christmas parade since the organization began in 2018. The event in 2020 was instead a Reverse Christmas Parade, so the participants created stationary floats while holiday goers drove by and observed from a distance. The theme of the entire parade was Holiday Heroes to celebrate the work of essential workers. SSCA specifically celebrated the food and beverage workers who have worked throughout the entire pandemic, and they wanted to especially thank the downtown businesses that have supported the arts since SSCA began. The SSCA set designers built a giant face mask with the logos of the different downtown restaurants. 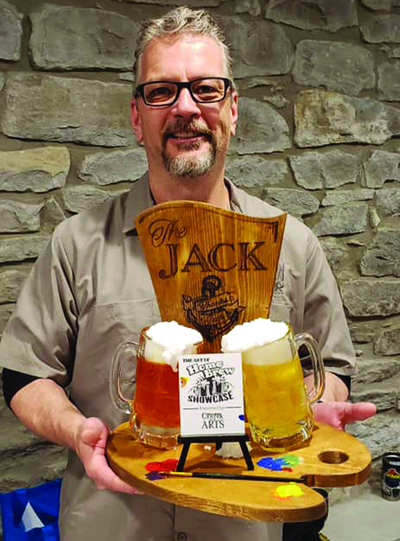 “It was on the John Brown University campus, and people could drive through to see everyone,” Lauderdale says. “There were way more people than I think anyone anticipated. There were over two hours of wait time.”

Lauderdale has also been preparing for a new performance of The Somewhat True Tale of Robin Hood. Originally slated for this summer in the amphitheater, restrictions due to the pandemic prevented SSCA from putting on the show. Their actors still have their scripts, however, and Lauderdale says everyone is now just waiting for the moment that they can get back on stage.

“I told everyone that we’ll do it eventually. ‘Just hold onto your scripts, we’ll just wait and hope for the best,’” Lauderdale says. “We’ll be back.”