There’s truly no better way to bring the community of beer lovers together than to embrace the cold and try out a variety of local and nonlocal breweries.
While many may associate winter with the ‘dead season,’ Fossil Cove Brewing Co. has continued to attract all kinds of beer lovers to bear the cold and bring life to the Ozarks during the fourth year of Frost Fest on Saturday, February 2. After all, it is called Frost Fest for a reason, says Andrew Blann, manager of Fossil Cove Brewing Co.
Around 45 breweries are expected to be present at the festival, and attendees should be more than satisfied with the variety of beer that will be offered. Along with bringing a wide variety of people together, organizers of the festival hope that attendees develop an increased appreciation for beer and learn more about beer. “You are definitely trying a lot of beer from different breweries, but you have that opportunity to really find your favorite and talk to the people who make it happen,” Blann says. 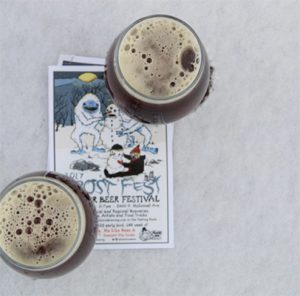 Nearly 15 representatives from breweries will partake in the festival and breweries from eight different states will be represented. Blann says he hopes that participants feel encouraged to gain more of an understanding of the different types of breweries by speaking directly with representatives. “That way, attendees are talking to the most knowledgeable people about what their brewery does differently than other people and what their philosophy is on brewing and the industry,” Blann says. “It creates a different layer of the educational experience for everyone.”
While the event is known for engaging with festival attendees by promoting a wide selection of breweries, the goal of Frost Fest is also in support of the mission for Apple Seeds, a local nonprofit that promotes a garden-based education for young students. Last year, over 2,500 beer-lovers were present, despite the chill in the air, and the festival successfully raised $10,000 for local nonprofits 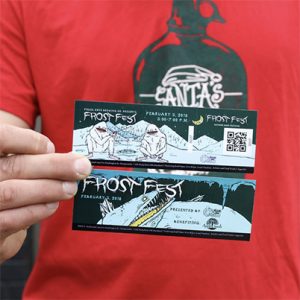 Participants are able to purchase tickets at Beer Enthusiast level at $70, guaranteeing early access to the festival, fewer lines and additional samples, or general admission tickets at $60 for the event.
A wide variety of entertainment will also be key in attracting all kinds of attendees to the event as live music and bands like Monk Is King, Vintage Pistol and Groovement will be sure to kick off the festival to a great start. About 10 different food trucks will be on site selling food to participants looking for a selection of warm, Arkansas-based foods during the festival.
“It is really about us kind of bringing beer-lovers together to celebrate all of the good beer that people are producing across the region,” Blann says. “I think a lot of the times, people forget about the Ozarks and surrounding areas as a really good place for beer and this is just a way for us to kind of showcase everything that there is to offer.”
READ MORE: Travel Down Northern Arkansas’ Unofficial Beer Trail
Images courtesy of Fossil Cove Brewing Co.