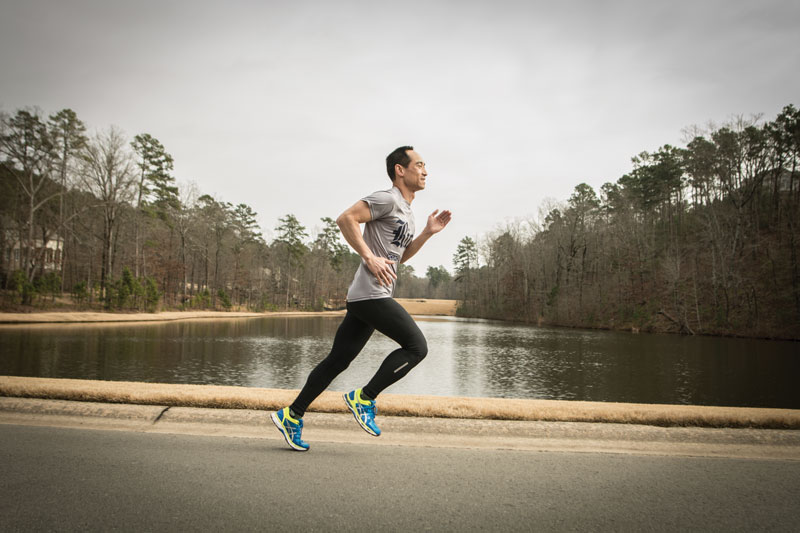 Early this year, thousands of runners took to the streets of Little Rock and North Little Rock for the Little Rock Marathon. This year marked the event’s 15th anniversary. Running continues to rise in popularity to meet people’s needs for health and fitness as well as camaraderie and outdoor exploration.

University of Arkansas Little Rock instructor and AY contributor Sonny Rhodes ran in high school and remained somewhat consistent with the sport in his 30s and early 40s. Then he took a 20-year hiatus. Wanting to improve his fitness and shed some pounds, he picked up the sport again about four years ago and is proud to have completed his ninth half-marathon in the Little Rock Marathon.

There is more to running than hitting the pavement or trail and breaking a sweat and plowing through a finish line, however. Many factors should be considered before taking on the popular sport. Proper training, gear and nutrition are just a few important considerations, according to avid runner and triathlete Dr. Larry Nguyen. Setting off too quickly can slow you down in the long run (no pun intended). Approaching the sport in a gradual manner is key to an enduring running lifestyle.

“With the proper training, techniques, gradually increasing mileage, proper gear, shoe-wear and nutrition, most everyone can enjoy running,” he said. “You have to build up tolerance for your muscle and joints gradually to safely endure the pounding of the pavement on your knees and feet.”

Rhodes also stresses taking it slowly. “Listen to what your body is telling you and don’t overdo it.” Last fall he over did it and strained his right knee. He backed off his running schedule and gradually introduced walking and then running. Because of  the special care and attention he gave his body, he was back to running eight to 10 miles every Saturday by mid-December. 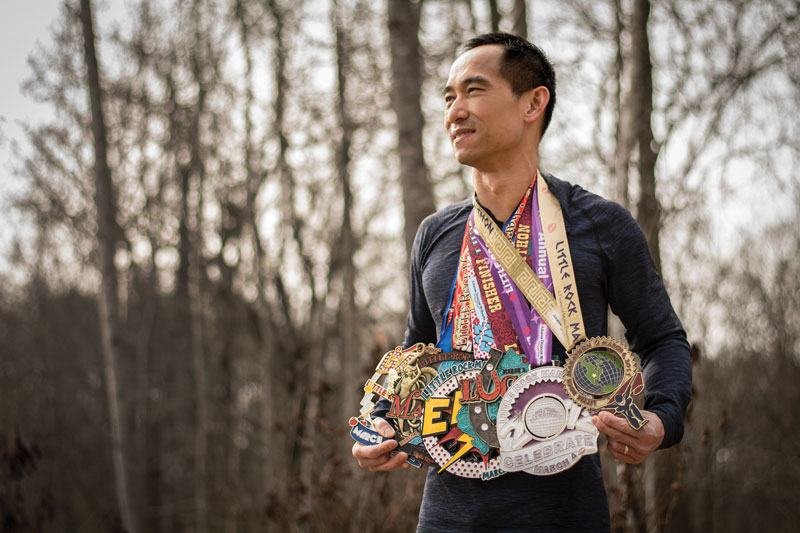 Rhodes also suggests joining running groups. “Running with others helped me develop a level of conditioning and confidence I could not have gained otherwise. The connections with the Little Rock Marathon training group and the Roadrunners Club helped me develop a sense of community with other runners, which has been a very good thing because running solo can get pretty lonely.”

As an orthopedic surgeon, Nguyen is familiar with running and sports-induced injuries. He’s also not immune himself. Injuries are a part of the process and life, he said. “Fortunately, I have not had any major injuries, mostly just wear and tear overuse syndromes. The moment I start feeling aches and strains, I start aggressive treatments with stretching and core exercises.  If I am unable to run, I will concentrate more on biking and swimming, which are both great non-impacted endurance exercises.”

Nguyen didn’t pick up the sport until he was 40 — seven years ago. “I think at 40, one often decides to change their lifestyle to become fitter for later adulthood or let themselves continue to go on the same path. I decided to start triathlon training, which requires me to take up running and swimming.”

For those considering taking up the sport, Nguyen suggests they don’t get bogged down with thoughts of having to complete a marathon. “Not everyone is built for running marathons, but there are plenty of running events and training groups for every sort of individual.”

Rest is vital to any exercise regimen, but especially running, Nguyen said. He runs 2 to three times per week early in the morning before work and long runs or bike rides on the weekends and alternates the other days with swimming, yoga or strength training. He admits a rest day it’s his hardest day. “It’s difficult for me to have a rest day to let my body recover, but it’s absolutely necessary to prevent injury.”

To avoid injury, Nguyen recommends stretching before and after exercise. Plantar fascia or heel cord stretching is key to preventing foot and ankle injuries. Proper-fitting, supportive shoes are essential with good arch support. Back and core strengthening exercises complement running to improve technique and form.

Hydration and proper nutrition is “extremely important,” he adds. “Not only during the run to alternate water and electrolytes, but every day, especially the upcoming week before the race to pre-hydrate your body for ‘The Wall’ at mile 22-23 when the body runs out of its glycogen stores and the lactic acid builds up in your muscles.

Recovery the weeks after the race are equally important to maintain hydration and nutrition. However, becoming a “couch potato” will do harm. A slow and gradual approach to let the body adapt back to normal is suggested by Nguyen. “Otherwise, because your body is use to expending so much energy in running, it will shut down if one suddenly becomes a couch potato after training for so long.”