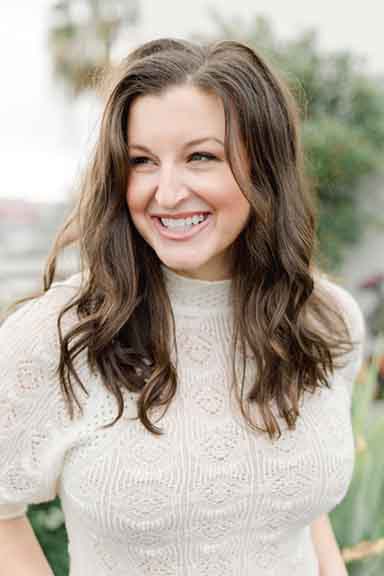 Jessica Zimmerman, an Arkansas native, up-and-coming author, educator, top wedding planner and creative floral designer, built her life on the lesson that tomorrow is never promised. When Zimmerman was just three years old, she lost her sister in a car accident – a strikingly horrific moment that would impact every second of her every day from there on out, as her best friend died, yet Zimmerman survived.

“People grow up their whole lives saying, ‘Well, tomorrow isn’t promised,’” Zimmerman says. “I really have known that to my core my entire life. For three and a half years, I had my best friend. And then suddenly, I didn’t.”

After the loss of her sister, Zimmerman entered into the journey of being an only child to parents who were mourning the loss of their daughter. However, these harder truths of her life were the driving factor to Zimmerman’s realization of how she wanted to use her time. Following the scripted idea of life set before her, she moved to Fayetteville and attended the University of Arkansas – taking seven years to complete her bachelor’s degree in communications.

“I hated college,” Zimmerman says. “I was so sick of school. If I was interested in the subject, then I was the best student. If I wasn’t, I was terrible…I just kept changing my mind on what to study in college and eventually just decided on what would get me out the fastest.”

Throughout the entirety of her childhood, she knew one thing to be true: she wanted to work for herself. Noting that she would sell knives for a living if that’s what it took, Zimmerman had an innate desire to make her own schedule, control her own purpose and have something that was just hers. Seeing the hurt her mother went through when Zimmerman left home to go to college, leaving her mother without her child, Zimmerman felt called to work hard and establish something sustainable, something trustworthy.

Straight out of the University of Arkansas, the hopeful entrepreneur got married and then “sat on the couch” for a year, her purpose put on standstill as she worked through what she wanted to spend her time doing. Her first job was working with high schoolers and retirees at a local kitchen store, with the dream to buy it eventually and run it on her own.

“They were the only people I knew who owned their own business,” she says. “Here I am, making six dollars an hour, but I remember saying to my dad, who funded my seven-year college stint, ‘Listen, I know this isn’t what you planned or hoped for, but you just have to trust me. I need to do this.’” 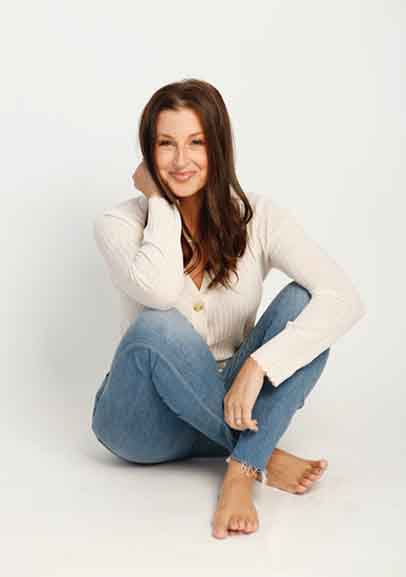 Just as the 2008 crash of the economy threw a wrench into what seemed like a perfect plan and the start to her career, the kitchen store fell through. Months later, Zimmerman found herself at a Christmas party, talking to a lady who wanted to her to come work for her wedding rental business and eventually buy her out.

And just like that, Zimmerman had entered into the specialized world of the wedding industry – the gateway to a career she’s built and is still building today. She bought the business one year later.

“I really worked so hard but struggled still,” Zimmerman says. “I didn’t know anything about the rental business, didn’t know simple things like how I shouldn’t have been paying hourly, I should’ve been paying salary…the basics of running a business. For a good four years, I worked 16-hour days and brought home zero money.”

As Zimmerman continued to learn her business and how to be a profitable business owner, as well as a wife and mother, she began to notice the moments she felt purposeful – almost as if she was hitting “peaks” of her life. She got rid of the rentals, focusing her brand on flowers and weddings only. She rented out her big spaces, allowing for extra income where she previously wasn’t making money, and then she began to see how she could utilize low seasons in business. This process gave her insight on how to be a business owner – a trial and error education of sorts.

Hence, the birth of “Business Behind the Blooms,” a course designed by Zimmerman to help floral designers, stylists and planners “transform their businesses from floundering to profitable.” The course, offered just once per year, was Zimmerman’s way to teach others what she learned from the mistakes she made and was her first step into the realm of business education – a realm she says feels like home.

“When you go to sell an online program, you teach a webinar online,” she says. “When I was three years old, after my sister died, I used to sit in front of a floor-length mirror, and that was basically my friend. I would talk to the mirror and ask questions, almost interviewing myself. I kind of grew up doing that.

“When I sat down to do that webinar that first time, I didn’t see the students in the class – all I saw was my own reflection. And at that moment in April 2017, I went ‘Oh. This feels comfortable. For the first time, this feels like I’ve been preparing my whole life for this moment. I’m not nervous at all; I know how to do this.’”

However, throughout this realization, there was an undercurrent of harder lessons being learned – a season of fear, fight and desperate faith. In August 2015, Zimmerman’s husband, Brian, fell ill. For months, doctors were convinced they knew how to treat his sickness. However, one year later, after the mention of removing his colon was brought to the table, Zimmerman says she had to stand up: “With all due respect, I don’t believe this is what he has.”

“For months, we were killing him, giving him medicine he didn’t need,” she says.

With three kids in the backseat and her fifty-pound underweight husband beside her, Zimmerman began the desperate process of finding someone who knew what was wrong with her husband. As his sickness progressed, she began to notice a shift in Brian.

“Once you fix the physical problem, there’s a mental problem, a depression that hits, and I didn’t know how to deal with that,” she says. “I’ve never seen my husband in that way…he was like a corpse walking around. I was mourning him because the person I knew was no longer here, yet he was walking around beside me. We really struggled and almost didn’t make it.”

Zimmerman explained that through viewing her situation through the lens of two choices, she and Brian were able to come out of their storm holding hands. She said that her choices were either to be resentful or to view her life as a series of events that created her to be the person she is today.

She chose the latter.

In July 2019, Zimmerman said that she started hearing a voice that beckoned her to sell her 6,000-square-foot building in downtown Conway – a building she had seen as her lifetime security, her retirement.

“I heard this voice: ‘What if you let it go? I’ve got really great plans for you, but my plans can’t happen unless you let your plans go.’” Zimmerman says. 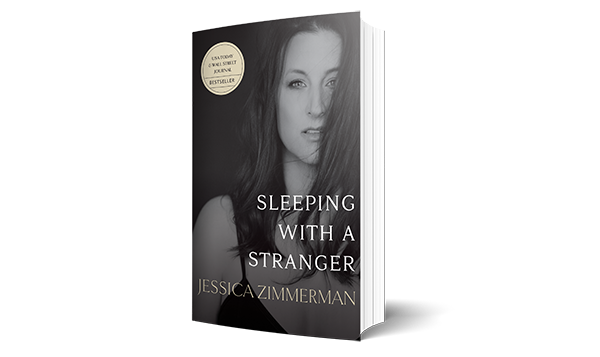 Sleeping with a Stranger

Trusting, Zimmerman packed up her stuff, moved her studio home and two weeks later, she received a call that asked if she would be willing to present a TED Talk, a well-known opportunity for expert speakers to speak on education, business, science, tech and creativity through a video platform. She was told that her TED Talk would be more influential if she had a book to sell alongside it. The wheels turned, the gears shifted into place, and Zimmerman understood at last the voice that called her to leave behind the building that stood for security, despite the fear she had encountered throughout her life.

“When that call happened, that was the first time that I felt a peace that surpasses all understanding,” Zimmerman says. “I felt that I was exactly where I’m supposed to be, doing exactly what I’m supposed to do, and everything I had done up until now was to prepare me to write a book and to share this insanely vulnerable and raw and real story.”

For the next six months, Zimmerman penned Sleeping with a Stranger, telling the story of her and her husband’s journey through his sickness, their marriage and self-discovery as “excellently as [she] knew how to write it.”

“There is a part of me that feels that this is my work. And that doesn’t mean that there isn’t more work to come, but I do feel like everything I’ve done up until now has prepared me for Sleeping with a Stranger,’” Zimmerman says.

Available everywhere – including Amazon and Barnes & Noble – Sleeping with a Stranger stands as a bestseller on the Wall Street Journal, USA Today, Barnes & Noble and Amazon. The memoir is a “testament to the power of healing – how we can heal our bodies, our spirits, our relationships with others, and ultimately, ourselves.”

As the world tumults into uncharted and unscripted waters, Zimmerman makes mention that her family is following suit as they hope to continue to build their life off script, noting that she considers herself, and her family, to be an “entrepreneur at life,” not just in business.

“Because of the pandemic, my husband and I both have had dreams to homeschool our children and travel more, do our own thing for a couple years. There’s this desire to just adventure and to learn outside of a textbook.”

And with that, Zimmerman invites readers, followers and fans to stay tuned. Her script isn’t written yet.