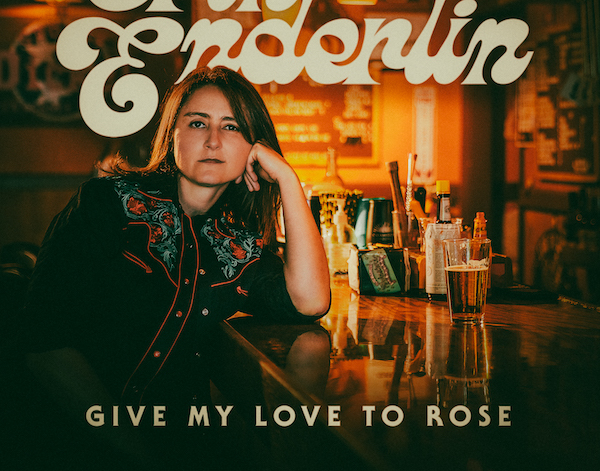 Die-hard Johnny Cash fans and lovers of country music, in general, have something to look forward to in the near future; singer-songwriter Erin Enderlin is releasing a cover of Cash’s hit song, “Give My Love to Rose.” The cover comes out on Feb. 25, just before Cash’s birthday.

Just like Cash, Enderlin is an Arkansas native, specifically from Conway, where she lived until moving to Nashville to pursue her music career. Enderlin has released two concept albums thus far as well as a number of singles. One of her songs, “Queen of Marina Del Ray,” on her album Faulkner County, received high praise from Rosanne Cash (the legend’s daughter), and the singer got invited to discuss the song on Elton John’s podcast Rocket Hour just this past summer.

When asked why she chose to cover “Give My Love to Rose” in particular, she says, “I love story songs and the vivid telling of a dying man just trying to get word and all his worldly belongings back to his family is so compelling.”

Enderlin has certainly emulated Cash in this regard throughout her musical career. The singer is known for her “story songs,” as she describes them, with the aforementioned “Queen of Marina Del Ray” being one of many such songs that she has produced.

Enderlin makes it clear how big an impact Cash has made on her.

“Johnny Cash has been a big influence on me. I remember listening to his Ring of Fire album in my grandpa’s record collection from a young age,” she says. “I think the fact that we’re both from Arkansas was definitely a connection — to see someone from where I’m from living my dream.”

Even if you’re not a country music fan, you should give Enderlin’s song a listen. Enderlin’s rendition of “Give My Love to Rose” is liable to make an impact on all ears — genre fans or not. Her voice is slow and mournful, evoking memories of Cash’s distinctive style. The song is nostalgic and bittersweet, and you get the sense that Enderlin really understands that dark, emotional ethos of Cash’s work.

The wait will soon be over. On Feb. 25, give Enderlin’s cover a listen, and you’ll see just how good it is.

READ MORE: Made for This: Erin Enderlin