Ernie Paulson to Take Over as News Director at KARK 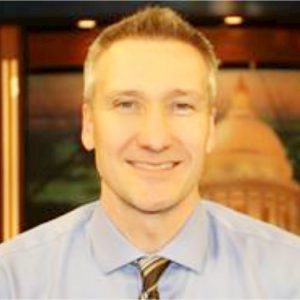 Paulson will fill the shoes left behind by former boss Austin Kellerman, who took over the role of director of digital content in Irving, Texas, in February.

Paulson has served as assistant news director since 2012, having previously worked as a reporter for KARK. He also served in the same role at Fayetteville’s KNWA. Paulson will direct the news team for Fox 16, as well.

The experienced newsman received an outpouring of support from friends and colleagues, including Kellerman, CNN political contributor Alice Stewart,

This pic was my reaction to learning @erniepaulson is the new News Director for @KARK4News and @FOX16News!

I owe a lot to this guy. And I’m far from the only one…

Paulson grew up in southern California and received a B.A. from California State University at Long Beach where he majored in broadcast journalism and minored in creative writing. He came to Little Rock from California to work as a reporter for KARK in 2000. He worked his way up to anchoring at the station before leaving in 2006 to take the same job at KFOR/KAUT in Oklahoma City. He became the assistant news director of KNWA in September 2009.

Paulson also served on the Board of Governors for the National Academy of Television Arts & Sciences – Mid-America Chapter.

Watch as colleagues react to the announcement:

Did KARK/Fox16 win the lottery?? Kinda! @erniepaulson is our News Director! ??

I wish we (@MalloryHBrooks) caught that initial overwhelming moment when we found out, but this still shows our excitement! #mynewsdirector pic.twitter.com/aoypF5GLlJ