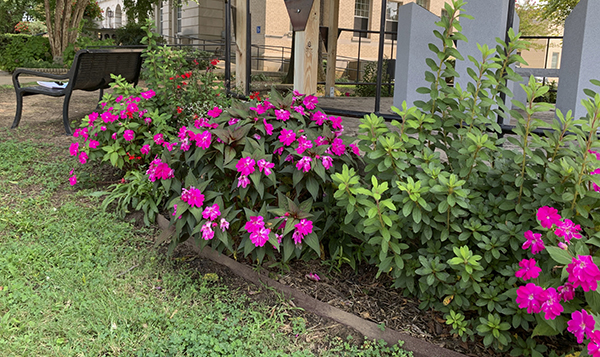 Lush botanicals and exquisite rock formations haven’t earned Arkansas the title of “The Natural State” for nothing. This is proven by the dedicated work and attention presented by the annual Arkansas Flower and Garden Show (AF&GS). Celebrating its 30th anniversary during an unfortunate year for large events, the nonprofit organization behind the spectacle has sowed a new event to meet the health and safety precautions currently in place.

While planning and preparation for the AF&GS is extensive in a normal year, COVID-19 has caused the nonprofit organization to adapt.

“Our board members really are dedicated. Each one of us has a position and [you] hold that position for a year,” says Patti Womble, board president of AF&GS. “However, all the board members agreed that they would hold their position for two years because we aren’t having a traditional show for 2021. That’s a lot of dedication.”

After extensive debate on how to conduct the show for this year, not wanting to cancel on their 30th anniversary, a plan was constructed for a socially distanced event that will likely intrigue Arkansas gardeners. “We’ve got our fingers crossed. It’s a great idea for a year that we can’t all get together, and maybe people will want to do this in addition to our traditional show in the future,” Womble says.

Rather than a three-day event featuring beautiful garden displays and educational seminars, the event will now take place from February 1 to May 31 as the Arkansas Best Gardens Competition. To enter, participants must submit a video of their garden to the organization through a link found on any of the AF&GS’s social media pages or website. This video should include information on why this particular garden was constructed, how it was designed and features that make it one of the best in the state. 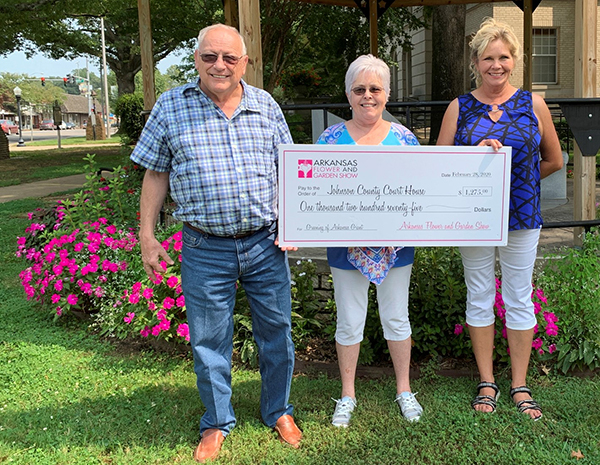 “I want to see what they can do with their videos,” Womble says. “There are over 3,000 Master Gardeners in Arkansas, so there’s a lot of pride there. We want people to show us what they’ve been working on. Start a video now, and then show your progress throughout the next few months.”

The competition contains two divisions for participants to submit their videos to: professional design or non-professional design. These two divisions allow professional landscape and garden designers to feature their hard work, as well as allow garden hobbyists to showcase their passion. In June 2021, committees will watch the submitted videos and choose the top five from both divisions, with P. Allen Smith as a guest judge. The winning gardens will be announced in July 2021 and will be available for the public to view on the organization’s Patreon page for $10.

Quarantine, while an unfortunate time during 2020, allowed many people to focus on their yard and garden upkeep. More and more people spent time around the outsides of their homes because there was nowhere else to go. The organization believes this is the perfect opportunity for people to showcase what they have been doing the last year and really make the best of the situation.

The 30th anniversary of the AF&GS might fall on a strange year, but that’s not letting the people behind the nonprofit organization forego the mission behind the event. “While it’s a great and fun event to attend, it’s also raising money for really good causes,” Womble says. Each ticket bought, each application submitted and any other revenue generated is put toward the nonprofit’s Greening Grants of Arkansas program and scholarships. The grant money goes toward Arkansas communities looking to revitalize their public spaces through landscape initiatives, and scholarships are awarded to nominated university students studying horticulture or related fields.

With more than $200,000 in awarded grants through the years, communities have used the funding for several projects revitalizing parks, community gardens and public spaces in need of extra care and a green thumb.

“One of the reasons [we] started the grant program was to help move financial support to all parts of the state,” Womble says. “This isn’t just a Little Rock or Central Arkansas mission but statewide.” 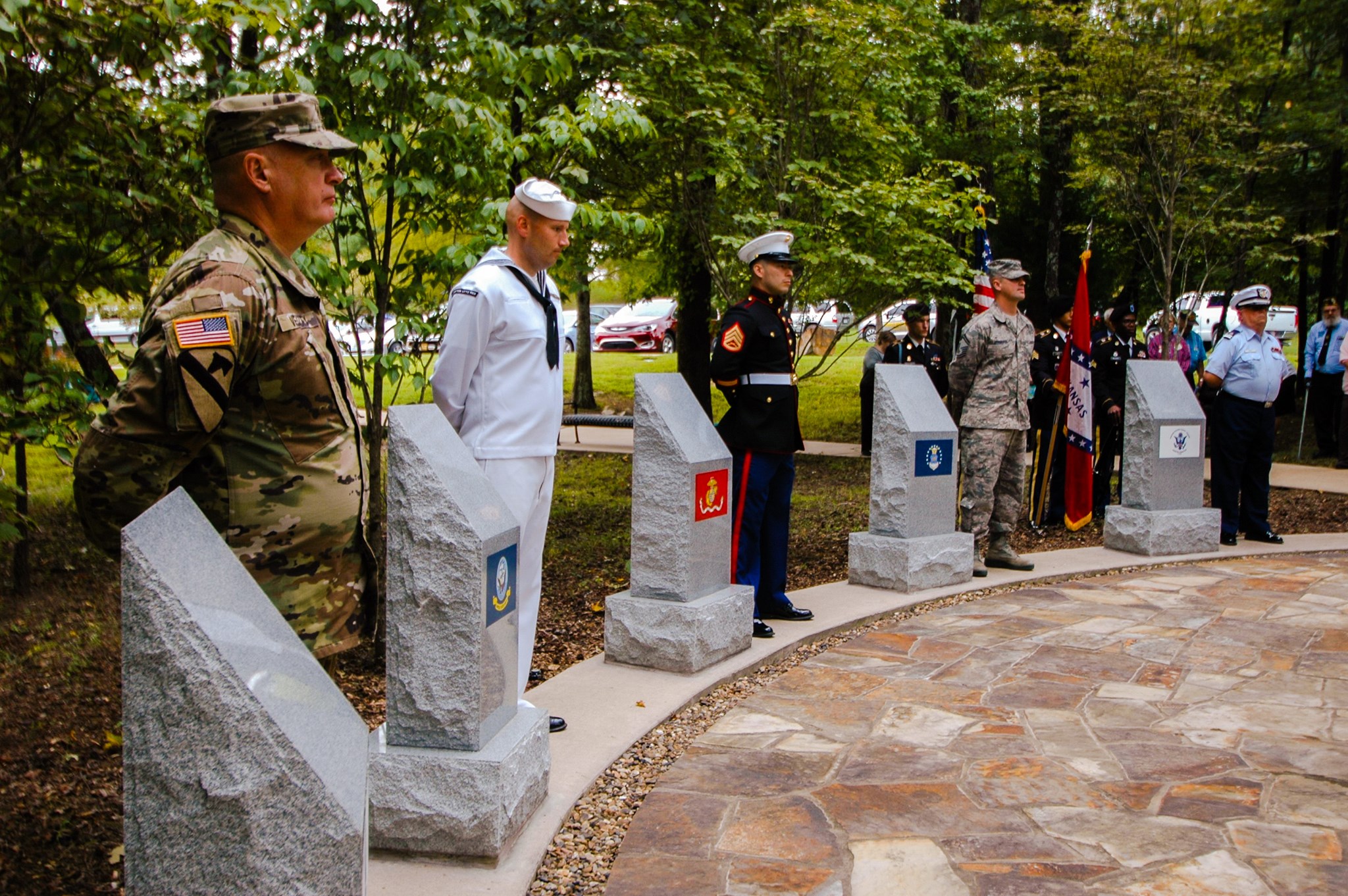 The Arkansas Veterans Cemetery and the Johnson County Courthouse are two examples of how communities saw a need in their public spaces and used the Greening Grant to add some botanical and landscaping beauty. Because of the grant and the work of volunteer community members, these spaces have received the adornments they deserve. The grant has also been used in public schools to support educational gardening programs for students. Pulaski Heights Elementary was awarded a Greening Grant in 2018 to help establish a green space for students and members of the community to use. Students learn about the process of plant growth and take pride in their ongoing project. Grants can be applied for on the Arkansas Flower and Garden website.

Wanting to support the next generation and generations to come of horticulturists, the AF&GS awards scholarships to full-time students attending any university or community college in Arkansas studying horticulture or a related field of study. In the last 10 years, more than $60,000 in scholarships has been awarded to students studying in Arkansas.

“We usually give away one scholarship, and, in past shows, we had a silent auction at the event, and all the money from the silent auction went toward the scholarship,” Womble explains. Students hoping to be awarded a scholarship must apply through the Arkansas Flower and Garden Show website.

“We want people to know that the money we raise all goes to good places. That, along with exposing our wonderful gardeners, is the reason that we do this,” Womble says. “It also connects the gardening community to each other. At the traditional show, the nurseries in Little Rock and North Little Rock, and others statewide, set up the gardens together.”

Throughout the past year, “together” has taken on a new meaning: “We’ll get through this together.” Even though they are not physically together, the gardening community in Arkansas still has the opportunity to share their masterpieces and support the AF&GS’s mission in giving back to the Natural State.

For questions regarding the competition, Greening Grants of Arkansas or scholarship applications, go to www.argardenshow.org or call 501-258-4242.